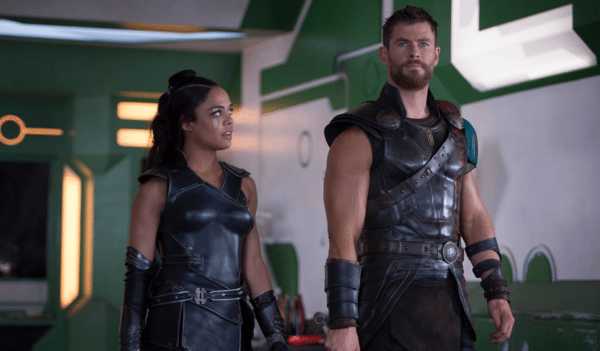 Last month, it was reported that Chris Hemsworth would be leading the cast of Sony’s Men in Black reboot, and now comes word from Variety that he’ll be joined by his Thor: Ragnarok co-star Tessa Thompson.

The new film is being directed by F. Gary Gray (Straight Outta Compton, The Fate of the Furious) from a script by Matt Holloway and Art Marcum (Iron Man, Transformers: The Last Knight) and is on the fast track for release on May 17th 2019.

The new film will apparently “acknowledge and build on the world” of the previous movies starring Will Smith and Tommy Lee Jones, whilst introducing more characters and featuring a global scale. Neither Smith or Jones are expected to reprise their roles.

Based on the comic book series by Lowell Cunningham, the first Men in Black was released in 1997 and was followed by sequels in 2002 and 2012. Together, the three movies grossed over $1.65 billion.

Thompson was most recently seen in Alex Garland’s Annihilation and the comedy Furlough, and has Sorry to Bother You and the second season of Westworld incoming. She is also currently preparing to shoot Creed II, reuniting her with Michael B. Jordan and Sylvester Stallone.