Retro inspired twin stick shooter Kite has left Early Access and is now available as a full game on Steam with a discount of 20% until 14th March.  Kite is based on the old gameplay technique of ‘kiting’ and will see players run and shoot their way through destructible pixel art environments. 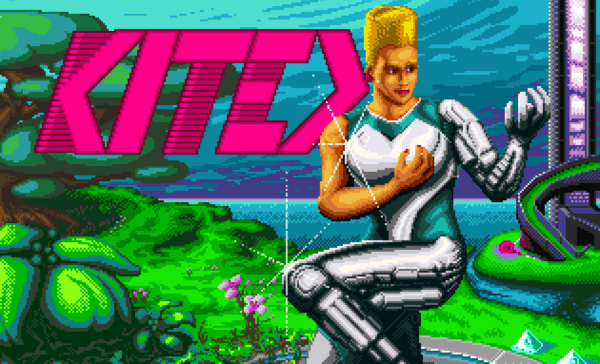 In Kite the world has finally achieved peace thanks to the merging of robots with nature and a steady disarmament campaign.  Despite the campaign to disarm several weapon research facilities remained operational creating weapons for humanities protection but unfortunately one has been compromised.  Players will take control of Mags, a pilot of the powerful Human-Operated Remote Droid prototype aka H.O.R.D. chassis and fight their way through a variety of robots, gun turrets and land mines to ensure peace continues.

“There are so many sources of inspiration for Kite – mostly my arcade days when ‘arcade perfect’ really meant something. Arcade games taught me that nailing the ‘easy to learn, but difficult to master’ mechanic is everything in a fast-paced game like Kite. Although complex systems are layered on top, the core gameplay is quite simple – really no different from the original twin-stick shooter Robotron 2084.” James Treneman – Solo Developer and Founder of Lab Cat Games.

Kite is available now on Steam with a 20% discount until 14th March.