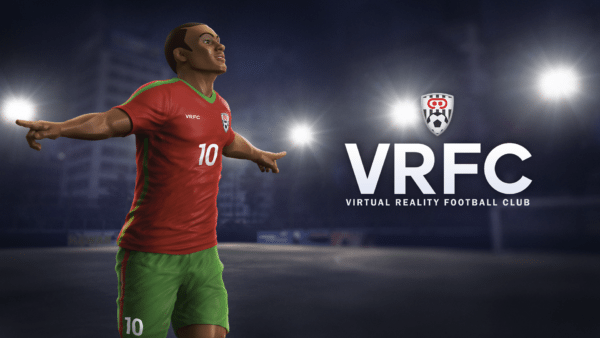 It’s surprising that it’s taken almost 18 months of PSVR being on the market for a developer to release a fully-fledged, first-person VR football game. Footy fans have had to make do with the (admittedly spectacular) launch title Headmaster – which was focused solely on using your noggin to hit the ball – but now, Cherry Pop Games (Sports Bar VR) has made an ambitious yet deeply flawed attempt to recreate a full-fat kickabout experience.

VRFC: Virtual Reality Football Club is one of the most aggressively obtuse VR titles I’ve yet played, and that’s largely due to the game’s, shall we say, “eccentric” control scheme. Holding a Move controller in each hand, the player must wave them up and down in order to run, which actually mimics real-life running surprisingly well. Over a lengthy play session it’ll certainly give your arms their best VR workout in quite some time (seriously, mine were aching quite a bit the morning after my first evening of play).

Locomotion elsewhere is, honestly, a bit of a struggle. The game does offer up a litany of comfort options to its credit, allowing players to turn by way of snap turning or simply pointing the Moves in the desired turn direction. You can also use “assisted dribbling” to help keep track of the ball as you go for goal, but actually getting the ball to touch net is a good deal tougher than it probably should be.

Before you venture online, it is absolutely imperative that you spend around an hour working through VRFC‘s tutorial suite. Getting accustomed to the tricky controls and figuring out how to accurately shoot the ball takes some time, but you will be less-than-useless in matches otherwise. 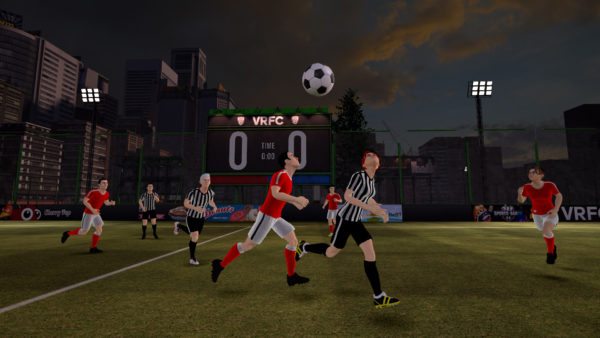 VRFC unfortunately doesn’t have any offline bot play to help players truly hone their skills before heading online (though Cherry Pop insist it’s coming), a somewhat irritating staple of VR games intended to help keep their communities alive. However, the game’s multiplayer is the sole reason it really works at all, because like so many other online VR titles, the social aspect often compensates for the muddled gameplay.

Up to 8 players can take part in 4v4 matches – though disappointingly, the goalies are all CPUs – with voice chat enabled by default of course (though you can only hear your own team when the whistle is blown). This can result in some hilarious exchanges, especially as everyone’s in the thick of it together and trying to figure out exactly how to bend the oddball controls to their best will. In my time spent online, many of my teammates joined me in chuckling at the awkwardness of the controls and the somewhat bizarre, stilted challenges this resulted in on the pitch.

It’s fair to say that the better-acclimated you are to “vomit mode” VR settings, the better time you’re going to have with this game. Played with vignetting and slower turning speeds enabled, it can often feel like wading through treacle, but if you’ve got the constitution to play it at full-whack, movement does certainly become easier and maybe even clicks somewhat. As someone with fairly firm “VR legs”, though, even I needed to stop playing a few times to catch my breath and cool down. At its most hardcore, the game’s movement can be pretty demanding, but somewhat frustratingly, this is by far the best way to play. 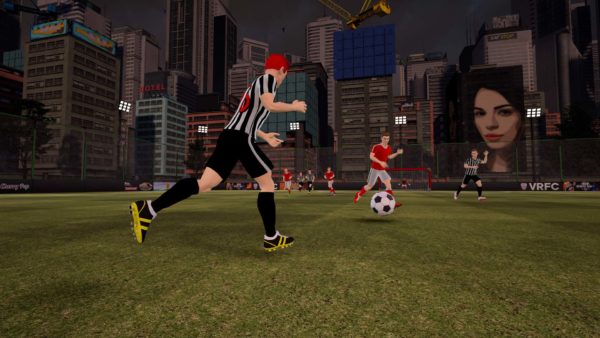 Presentationally, the game is an incredibly mixed bag as so many VR games are. The feeling of immersion on the pitch itself is decent enough, even if the players basically look like crude digital marionettes. The movement animations are meanwhile hilariously rudimentary, and the ball will often glitch to another location or you may randomly miss a kick even when you’re 100% convinced it’s yours. The sound, meanwhile, is completely basic and forgettable.

The biggest sticking point at the end of the day, however, isn’t the dodgy controls or the so-so presentation; it’s the size of the community. On launch day, with cross-play enabled, I never saw more than three matches going on at once in the multiplayer lobby, which doesn’t bode well for a title reliant almost completely on online play that’s selling for a totally reasonable £14.99. With its steep learning curve, it’s hard to imagine this one picking up much of a cult following in the weeks or months to come, and it’ll probably join the glut of online VR titles that are now barren wastelands.

I do have to laud Cherry Pop Games for taking a bold stab at a proper VR football game that doesn’t just settle for being FIFA with your head as the camera. VRFC attempts to come up with a solution to the locomotion and control issues associated with such a title, but the end result is so cumbersome and tough-to-master that it’s hard to imagine many players sticking it out for more than a few hours. As a social space to kick some digital footballs around in and have some janky laughs, it shines, but as a faithful rendition of the beautiful game, it’s sadly a bit of a clumsy mess. 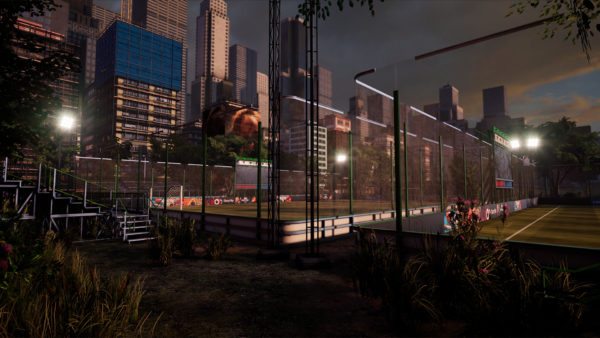 Cons:
– Challenging and frustrating control scheme.
– Mediocre sound and visuals.
– Only advanced VR users will get the most out of it.
– Lack of offline bot play.
– Online community is small and will probably die out fast.
– No goalie gameplay.