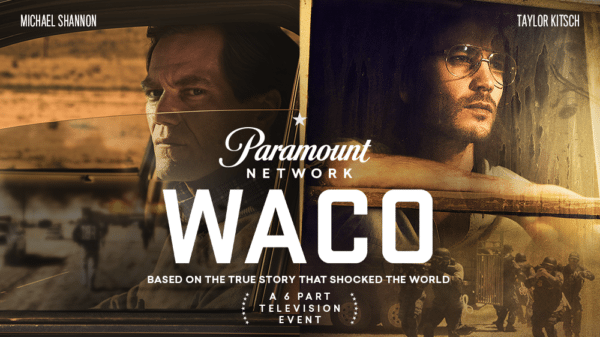 When I was done watching the Waco finale, I looked at my notes and saw something surprising: I had only written down four things. Typically when reviewing a television show or movie, critics will have pages worth of notes to go through when constructing their final published assessment.

When viewing the past episodes of Waco, what I would do was write down my impressions during the commercial breaks. This time around, though, I found myself instantly fast-forwarding just to see what would happen next, which is a true testament to the craft of the Dowdle Brothers, who wrote and directed the final entry. “Day 51” does not just encompass its eponymous day of the siege: it follows the final week and a half that culminated in the tragic ending of the Branch Davidians.

The FBI have reached the end of their patience. No one is coming out, negotiations have been stalled, and the siege has officially gone on longer than a month. Tensions are high, and the PSYOPs tactics from the previous episode have failed to break Koresh and his followers.

Suddenly, a sign from God arrives courtesy of radio host Ron Engelman (played by Eric Lange, who does a great job of being the voice of reason in the episode, but more on that later), and Koresh is finally ready to leave the compound. Only now he wants to write down his final Biblical thoughts on the Seventh Seal before surrendering: a task he claims will only take a week, but stretches on longer than that, resulting in even more stress for everyone around him.

The best part about “Day 51” is how tired all these people look. I was told by costume designer Karyn Wagner that principal photography lasted about the same time as the actual siege, so its no wonder that the actors and actresses exude a genuine weariness. But it isn’t just the Branch Davidians. Like I said earlier, the agents are exhausted at having to be in this same spot for over five weeks now, with FBI head Tony Prince and tactical strategist Mitch Decker being particularly hostile towards Gary. After all, he helped prolong the standoff by making the FBI believe this could be resolved through diplomacy over force.

But Gary himself is on the edge: everything he has tried to do has either backfired (Koresh not coming out after they broadcast his spiritual message) or been sabotaged by his colleagues (Mitch using tanks to intimidate the cult). Unfortunately, because the militaristic-side of the FBI ends up winning over Prince’s mindset, Gary doesn’t have much screen time in this episode. However, Michael Shannon still makes the most of his scenes through raw emotion and frustration.

Following Gary’s departure, most of the episode’s focus turns to the horrible events of the titular day involving the FBI finally moving forward with their raid option. For those that do not know what happened, I recommend you stop reading at this point because I do have to talk about spoilers in assessing the good and bad aspects of “Day 51.”

Mitch’s plan for the raid is two-fold: dumb tear gas into the compound and wait for all the women and children to pour out since, apparently at the time of the actual siege, there are no gas masks that will fit the children. As the parents will see their kids suffering, they will surrender of their own accord (much like what happened in the previous episode with a mother that left as a result of seeing one of her released kids all alone). 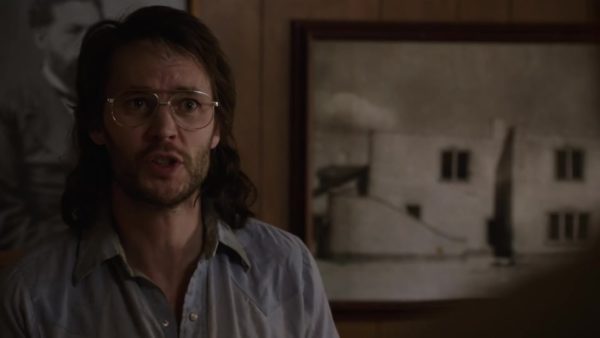 It’s a technically sound plan, but there are a couple of problems with it. First and foremost, lawyers have finally gotten involved with the siege and drafted an endgame plan between the two sides. The second is the tear vapor being employed by the FBI is CS gas: a substance banned by the Chemical Weapons Convention literally a month before the standoff started: the loophole being it was prohibited from military-use, not domestic-use.

Unfortunately, the lawyer plot does not really go anywhere, which is a shame because I found it to be really interesting. One scene Prince is making a deal with the attorneys, the next he’s in Washington, D.C. convincing Attorney General Janet Reno to approve his plan of action. Ignoring this thread might have been fine had the lawyers at least appeared in the aftermath of it all, but one problem I will repeatedly bring up with “Day 51” is how rushed the wrap-up feels.

Without anymore bureaucratic resistance, the tanks armed with the tear gas begin their assault. The chaos and disaster that follows is one of the most hauntingly filmed scenes I have ever had the privilege to view on television. If the firefight from “Operation Showtime” was intense, the damage and human cost in “Day 51” is agonizing. These aren’t some notorious criminals being served justice: they’re misguided American citizens who are the victims of a delusional man and trigger happy government.

Almost every character is given a small spotlight, especially when the infamous fire breaks out, but for the purposes of condensing this review I will only talk about two. First is Rachel Koresh, who finally breaks from David in a desperate attempt to save the life of her child. Melissa Benoist, who has mostly been in the background during the miniseries, is completely unrecognizable here from her popular role on Supergirl. Rachel is anxious and on the verge of a mental breakdown. In her final moments, she is shown to only care about keeping her kid alive: a scene that is coincidentally shared with Decker, which gives actor Shea Whigham a chance to display more of his range as a performer than his hard-ass character previously allowed him to.

The next is Thibodeau, especially his relationship with Michelle. I have to give the writers credit: they actually managed to make me invested in this subplot. What was once thought to be another star-crossed lovers tale of Thibodeau never being able to take Michelle from Koresh is instantly turned into a heartbreaking development when one realizes that she died thinking he abandoned her.

The destruction of the compound fills both the climax and most of the falling action. Outside of a brief press conference held by Prince and some closure for Gary, the Dowdle Brothers choose to end the series with a final shot of Thibodeau sitting on the ruins of the Mount Carmel Center, holding Michelle’s cross, with some overlay text at the end detailing the political cover-up that happened (similar to what occurred in the aftermath of Ruby Ridge). 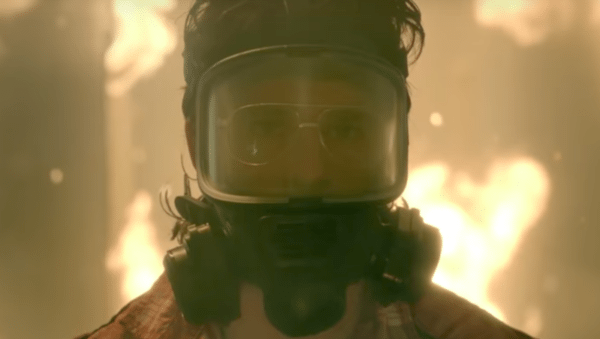 As I talked about before, the biggest problem with Waco is how rushed this conclusion is. We don’t get to know what Gary talked about in his testimony or what happened with all the survivors or what became of David’s mom amongst plethora of concerns. To add to that, Wikipedia lists an actor by the name of Nick Wilding as portraying Timothy McVeigh, the main terrorist behind the Oklahoma City Bombing which was influenced by the events at Waco and Ruby Ridge. However, given that this “Wilding” is not listed on the Waco IMDB cast list, I am left to presume this is just Wikipedia being Wikipedia. But it does bring a sad point which is that no plans were apparently made to talk about the connection between Waco and the OKC Bombing.

Still, with only six episodes to condense the prelude, events, and aftermath of a 51-day siege, it was expected that the Dowdles would falter in one of these aspects. Nonetheless, Waco was an absolute joy to watch. It was simultaneously entertaining and informative, and left me thinking about a lot of things at the end of the day: how government cover-ups work, the balance between national security and freedom, the misreporting of the media, and the tendency for society to overreact to situations that arise.

If there are lessons to take away from the Waco Siege, it is that people need to learn deep thinking. This whole tragedy could have been avoided if the individuals on both sides had thought rationally instead of emotionally.

Perhaps that is what the Dowdle Brothers intended, perhaps not. However, the fact that a television show inspired this kind of thinking on my part should mean something.

Notes:
-There are conflicting theories about how Koresh and Schneider ended up dead via gunshot wounds, but based on the way the twos’ relationship was set-up, it seemed that the writers would go with the FBI’s conclusion that Schneider shot Koresh after realizing he was a fraud and subsequently committing suicide. Alas, the take in the series is that it was a mutual decision.
-On that note, I was extremely disappointed to see that the mercy killing of some of the Branch Davidian children was not shown during the fire. Whether it was because of TV censors or the Dowdles not wanting to confuse viewers into thinking that the Davidians ultimately did commit mass suicide, I definitely would like to see an explanation.
-The fire looked great. I genuinely wonder if it was all visual effects, or the filmmakers pulled an In Old Chicago and actually burned the set down.
-There’s a scene at the end where Thibodeau and Gary look at each other in the lobby of a government building before Gary goes to give his testimony. Whether that happened or not, it was a damn good decision given that the two would later write books that would serve as the basis for the Waco show.
-Last, but not least, I have to return to my original point about Ron Engelman. This character is treated a lot like the muses from Greek literature or the Chorus from Shakespeare in that he helps give a rational explanation as to what actually happened. It’s a moral lecture in layman’s prose that we all needed.