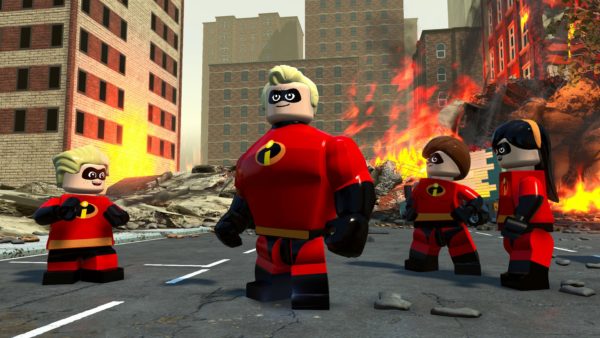 LEGO The Incredibles will feature plenty of action packed levels with our favourite super hero family as they use their super abilities to take on the world’s super villains.  There will also be an epic hub world to explore that includes Municiberg and Nomanisan Island. As with other LEGO games, LEGO The Incredibles can be enjoyed solo or with friends in the two player co-op mode.

“The Incredibles franchise, full of super-powered characters, adventures and teamwork, combined with all of the humour, puzzle-solving elements and unexpected surprises of LEGO games makes for the perfect combination for players,” said Tom Stone, Managing Director, TT Games Publishing. “With LEGO The Incredibles, fans can experience the non-stop action from both movies while fighting crime together as a super hero family.”

LEGO The Incredibles will arrive on consoles and PC this July.