Banner Saga 3 will conclude the award winning Viking adventure and is set for launch across all major platforms (PC, Mac, PlayStation 4, Xbox One and Nintendo Switch) from 24th July, with a mobile release coming later this year! The tactical RPG epic will have three digital editions at launch on PC: Standard (£18.74), Deluxe (£22.49), and Legendary (£29.99). 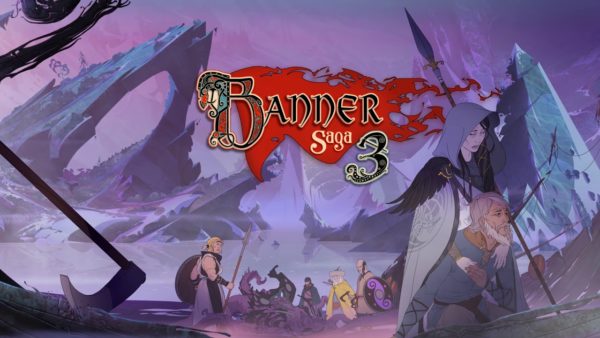 “Banner Saga 3 will maintain the legacy created by the previous two games in the series. Even more exciting is the fact that in addition to PC we are bringing Banner Saga 3 to PlayStation 4, Microsoft’s Xbox One and the Nintendo Switch simultaneously at launch. Stoic have created a trilogy that will stand the test of time as one of the best RPGs ever created and one that has resonated with fans from all over the world.  This is it! This is the end. If there was ever a time to experience the Banner Saga it is now.” Says Versus Evil General Manager, Steve Escalante.

Pre-Order here and check out the announcement trailer below…

In Banner Saga 3, players will embark upon the final journey beyond the wall of Darkness to traverse a world unlike anything encountered in previous sagas. The games compelling story driven narrative will continue to encourage the character building and strategic aspects which were essential to the previous games popularity with fans. Story secrets will be brought to light and character motives will be made clear. The end has come.