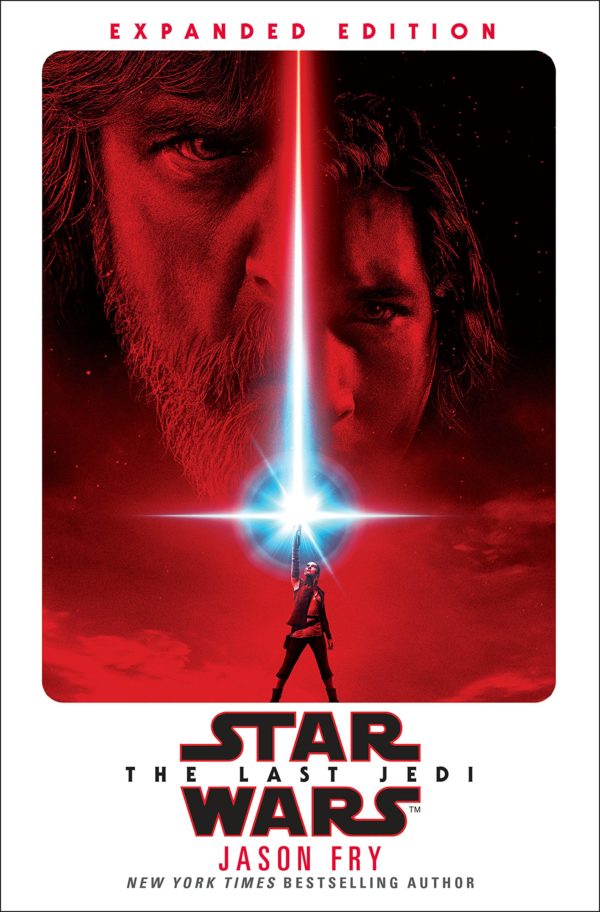 Usually when a big blockbuster movie comes out the novelization is timed to coincide with its release, but in the case of Star Wars: The Last Jedi, Lucasfilm decided to release the novelization of the Rian Johnson-directed film three months after the filme. Fry writes a compelling take on the story, going fairly in-depth into each character’s perspectives and an interesting exploration the film’s various themes.

Anyone who has seen the film will know the story for Star Wars: The Last Jedi well. Despite the ‘controversy’ around the film and Johnson’s choices, The Last Jedi makes some bold moves with its characters that enhances the mythology of everyone’s favourite galaxy far, far away. Fry uses the novelization to really go into the characters thought processes and makes some new and interesting revelations about them.

With each of the characters, Fry is able to tap into their perspectives with ease. Even side characters, such as General Hux’s bridge captain or various rebels in the Resistance, get a unique voice to themselves. All the characters sound like themselves, but we also get a greater sense of their journeys through Fry’s telling. Rose and Finn’s characterization through the writing are not only spot on to the film, but are quite fun to read. Fry even manages to make Rose even more of an essential character to The Last Jedi than she already was by examining her optimistic outlook and faith from a first-person perspective. Likewise, General Hux is given some more depth as Fry reveals his own ambitions for the First Order beyond Snoke, yet the narrative also revels in the fact that Hux is basically looked down upon several major officers, especially ones who transitioned from the Empire to the First Order.

The best thing about Fry’s novel, however, is Luke Skywalker himself. Fry’s handling of Luke and his journey in the story is an enlightening piece to his character. The exploration of Luke’s self-imposed exodus and his views on the Force are great to read as we dive deep into Luke’s perspective, giving us a better understanding for how and why he isolated himself from his family and the galaxy at large. Fry captures the sorrow within Luke and all the conflicting emotions Rey’s presence brings out of him.

With a novelization of such a wide-released and successful blockbuster film, it can be hard for any author to find their own voice within the story. Fry accomplishes this not just through how he writes the characters perspectives, but through his telling of the story’s events. He captures perfectly the scenes that would be harder to translate into a novel, such as Rey’s vision in the cave, Leia’s use of the Force or Luke’s fate. Several of the cut scenes are also added into the novel, the most significant of which is Luke’s third lesson to Rey. Fry even manages to put some of his own material in there, though not a whole lot, that further explores the story’s themes.

One area the book could have been improved on, however, is in the editing itself. Though it’s rare in the book, sometimes quotation marks are missing from either the beginning or ending of quotes, making it a bit confusing when you first read a sentence if someone is talking or if it’s with the narrative. There is also one part early one where a whole paragraph is repeated on the next page. Its earlier placement is the error, making it very strange on first glance that it would appear there, but the second instance is where it should be. It’s a clear copy-and-paste error, but shouldn’t be in the book. While mistakes like these don’t happen much throughout Fry’s writing, it does take you out of the story.

Despite those few mistakes, Fry’s Star Wars: The Last Jedi captures the spirit of the movie and even enhances it at a few points by giving readers great first-person perspectives as well as more thoughts on their character arcs and the story’s themes. Even if you’ve seen the film dozens of times already, reading Star Wars: The Last Jedi is a rewarding experience thanks to Fry’s writing that may even turn around some of the film’s detractors.