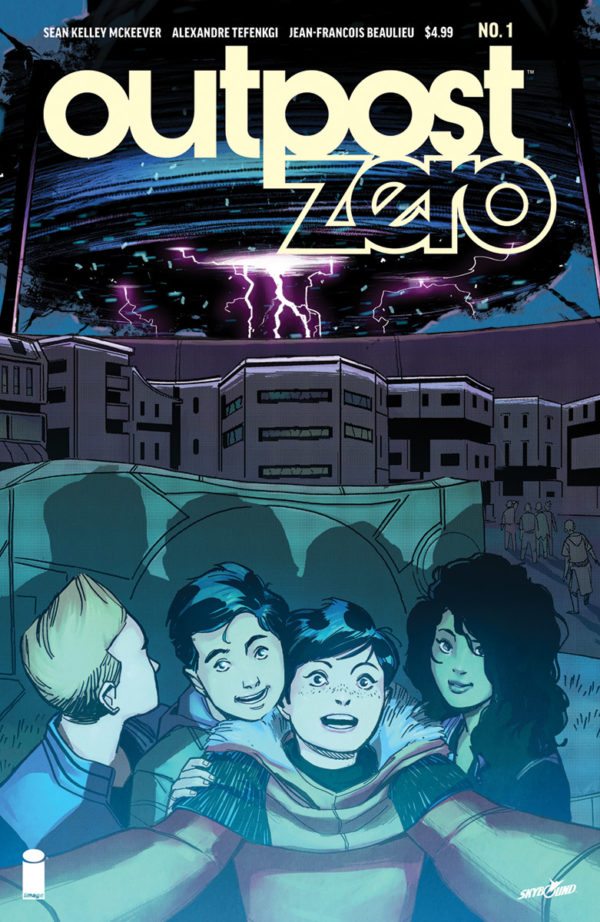 “For my first comic book work in several years, I wanted to go somewhere extremely personal to me, but I wanted to explore the existential questions we all wrestle with at the same time,” said McKeever. “I’m thrilled that Skybound reached out to me to do just that, and that we took the time to find the right artist in Alexandre, who’s brought this strangely familiar world to life with the help of Jean-Francois Beaulieu’s lovely color work.”

“Since the beginning, I’ve always followed my heart when choosing the stories I’d draw,” said Tefenkgi. “To be able to feel involved, I need to be touched by the authenticity of the characters, by their personality, their aspirations and their contradictions. The first time I read Outpost Zero, I knew it was a story I had to draw. The life of these humans in an alternative future simply captivated me. I’ve been lucky to be able to contribute to this comic with such a great team made of talented artists like Sean and Jean-François.”

In Outpost Zero, the people work the land, go to the fights every Friday night, and tuck their children into bed—but the Outpost is no place for dreams or aspirations. To survive is ambitious enough. As Alea and her friends graduate to adulthood on a frozen world never meant to support human life, something stirs. Something sees…