During a recent interview with Flickering Myth about the upcoming home video release of Molly’s Game, actor Brian d’Arcy James was asked about the potential of a Smash revival, to which he revealed that he’d love to return to the show if the opportunity presented itself. 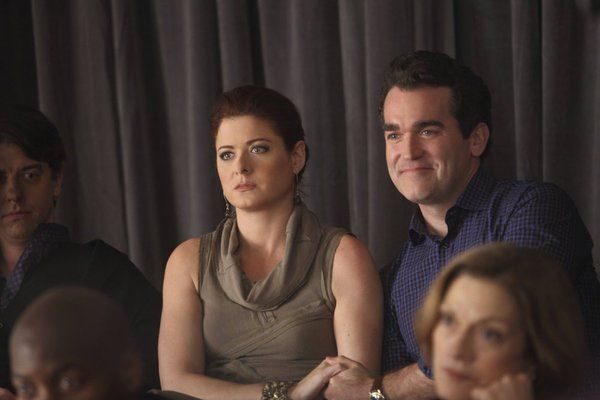 The short-lived NBC show, which was executive produced by Steven Spielberg, about the theater scene in New York City and the creation of an ambitious musical based around the life of Marilyn Monroe (entitled “Bombshell”) garnered quite a fanbase. The cancellation of the show after two seasons in 2013 disappointed many, and to this day, fans still lobby for the show to be brought back.

A surprising glimmer of hope came last month when NBC chairman Robert Greenblatt told Entertainment Weekly, “We’ve been thinking about different ways to think about a stage musical based on Bombshell or Smash.” He went on to say that there’s “an incarnation which could sort of combine both” and that we haven’t seen the last of Smash.

James echoed Greenblatt’s enthusiasm, saying he’d be on board for a third season or stage musical: “Oh yeah! I think it’s a great show. It just proves that if there’s still interest we did something right. So that’s always thrilling to hear that the work that you’re doing is resonating, even after it’s gone. That would be amazing.”

For those unfamiliar with the show, James’ musical talents were rarely put to use, a surprising choice given James’ status as one of Broadway’s most talented leading men (credits including Sweet Smell of Success, Shrek the Musical and Something Rotten!). The three-time Tony nominee played Frank, the husband (and later on in the series ex-husband) of Debra Messing’s Julia. Although James didn’t return as a series regular for the second season, he popped up in a number of episodes and remained an integral part of the show.

While the original run largely missed out on utilizing James’ musical prowess, a revival would hopefully see the reintegration of Frank and perhaps a storyline through which James could belt out a few notes here and there. At this point, a revival is merely a fun prospect, but the message is clear: don’t count Smash out yet.

James’ excellent performance in Molly’s Game can be seen on DVD and Blu-ray Tuesday, April 10th or on Amazon Video and iTunes now.