A trailer, poster and batch of images have arrived online for the upcoming sci-fi thriller The Jurassic Games. Directed by Ryan Bellgardt and starring Ryan Merriman, Perrey Reeves and Adam Hampton, the film takes place in the near future in a world where ten Death Row convicts are chosen to compete in the titular game show that pits its players against dinosaurs and each other. 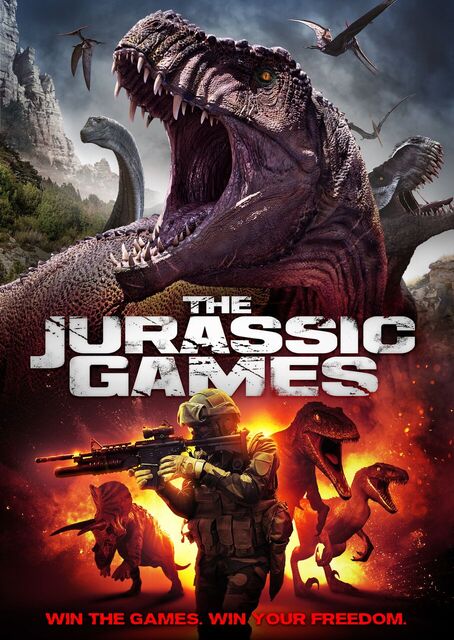 Every year, 10 of the world’s most lethal death row criminals are chosen to compete for their freedom in The Jurassic Games, a television show where contestants must survive against a variety of ferocious dinosaurs.  The players all die gruesomely in the game zone except for one, the last one standing, the winner, who is granted not only his freedom, but fame and fortune. Survive the dinosaurs. Survive each other. Survive…The Jurassic Games.

The Jurassic Games is set for release on June 12th.