Krypton took an interesting turn this week in the latest episode, ‘The Rankless Initiative’, that saw the first glimpse of how much of a threat Brainiac is. There were some great elements here as several story points converged, from Brainiac’s sentry to Lyta-Zod taking soldiers into the Rankless society to round them up. It was a nice mixture of both plotlines and how the social tensions on Krypton pale in comparison to what’s coming. 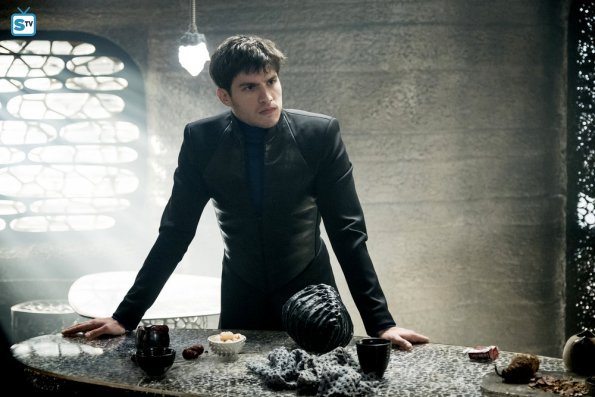 The main thrust of the plot involved Seg-El and Adam Strange searching for Brainiac’s sentry, a parasitic device that latches onto a host, while Lyta-Zod led her troops into the rankless to search out Black Zero members and sympathizers. The fact that Brainiac’s sentry was in the same area only complicated the matter for Seg even more, putting him into potential conflict with Lyta.

Cameron Cuffe again displayed a nice range of emotions through his performance and chemistry with his fellow cast. Really the whole cast was on top of their game this episode, especially Georgina Campbell as Lyta. She presented a very commanding presence in front of her troops, one with a mixture of compassion for the local rankless and tough severity for her troops. One scene in particular showed how tough she can be to both groups with her stern sense of justice and duty.

Much was the same with Elliot Cowan’s Daron-Vex. After the past two episode, we’ve seen Vex as a manipulator as he attempted to tame Seg. ‘The Rankless Initiative’, however, showed us a different side of Vex as he scrambled to protect his position with the Voice of Rao. Shaun Sipos also got more to do as Adam’s role in the plot became more significant in the search for Brainiac’s sentry. He also had a couple funny bits with Val-El’s AI, showing more successful comedic timing and delivery. 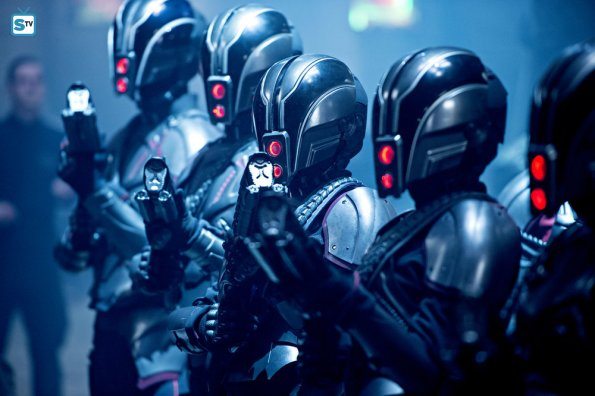 One of the most impressive aspects about this episode was the costume design. I haven’t really spoken about it before in the previous two episodes, but the costumes are greatly designed. The military outfits for Kandor’s soldiers are very well done and look incredibly imposing, like something out of Mass Effect or a high-end sci-fi film. The costumes for the rankless citizens also stood out for their varied looks as well, but the one that stood out the most was Alexis Raben’s transformation into Brainiac’s sentry. Her look was almost something out of a horror film, from her degraded green skin, black eyes and hoses sticking out of her back. The costume design was well done all around and something the team behind Krypton should be proud for.

While there wasn’t that much movement on the story, the character development was the focus of this episode as Seg, Lyta, and even Vex all grew out of the events of this instalment. It also furthered the social tensions between the elite and rankless citizens as Daron-Vex and the military guild basically gave an excuse for people to join Black Zero, but it is interesting how much of a point was made regarding Lyta’s arrest of her fellow soldier who killed an unarmed man in cold blood. Hopefully that will play more into the Black Zero story and Lyta’s rise through the ranks as the season progresses. 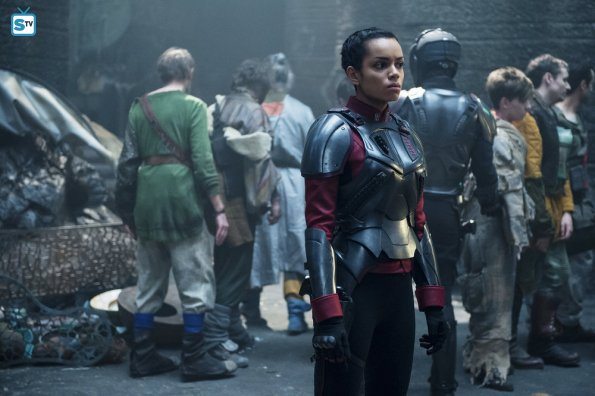 Overall, ‘The Rankless Initiative’ was another impressive episode for Krypton. The cast has great chemistry with each other and do well with their roles while the production design continues to knock it out of the park. It really is incredible how much they are able to achieve on a TV budget. Meanwhile the story continues to be quite compelling through its examination of Krypton’s society and the two different plotlines intertwined very well here. This episode should be another indication of how Krypton can hold the attention of any Superman fan.