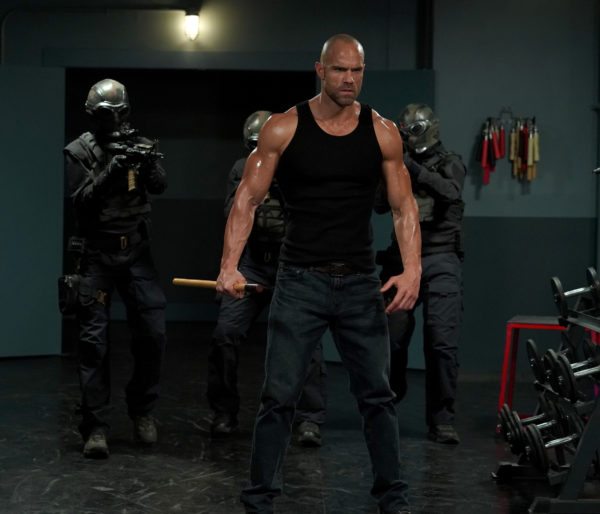 ‘Inside Voices’ tied into some of Agents of S.H.I.E.L.D’s earliest roots with the return of Dr. Francis Hall, Ian Quinn and best of all, the girl in the flower dress, Raina. The likelihood of a S.H.I.E.L.D. / HYDRA team up now seems truly off the cards as Coulson and Talbot attempt a desperate escape and the remainder of the team divides on how to best find their friend.

With the absence of Coulson, Daisy is leading the team and it’s quickly established that she is behaving recklessly and possibly ignoring a solid lead due to her personal anger at Fitz. I always enjoy seeing this side of Daisy; I tend to disagree with her actions but just love how true to her character it is. Daisy has grown and come a long way but is not without her flaws. It was so refreshing to then see Fitz and Simmons take matters into their own hands and recruit Yo-Yo to their mission. We’re also finally given our first clear look at her bionic arms and damn, they’re incredible. They look and feel genuinely powerful and I can’t wait to see Elena back in butt-kicking action. Since her injury, she has been itching to get back in the field, to do something and having Simmons ratify her belief that she is invincible only furthers her resolve to aid them even if it means defying Mack. Simmons and Yo-Yo’s following Russian-roulette style experiment was thrilling to watch. I do believe Fitz, Simmons and Yo-Yo are safe (for now) so I found the scene incredibly satisfying to see. The ploy by Simmons faking illness followed by Fitz’s screams and Yo-Yo’s subsequent detainment of Mack played out wonderfully. While I do feel for Mack and worry what this may mean for him and Yo-Yo there is too much at stake and these characters are learning how to make more and more questionable decisions for the greater good. The scene capped off with Yo-Yo accidentally firing a gun, the bullet passing between Fitz and Simmons and harmlessly embedding in the wall. It created a tantalising atmosphere around the three I just hope it doesn’t take one of them to be killed in order for them to change the timeline. 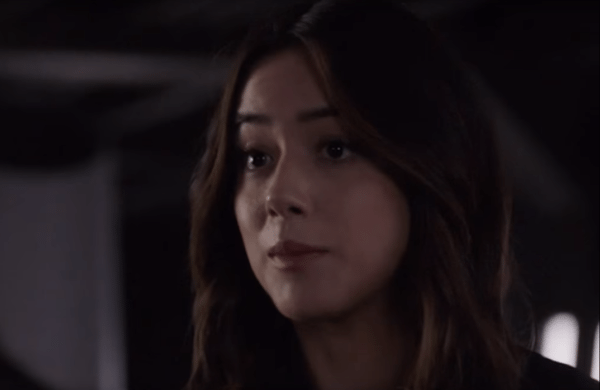 At the HYDRA base I was so happy to see Creel question the motives behind General Hale’s decisions, specifically with regards to him being put in contact with the gravitonium. I didn’t want to see Creel reduced to ‘the muscle’ and this week did a great job of fleshing out his character. Once he touches the gravitonium it seems he allows Dr. Francis Hall into his head, and as we learn later, Ian Quinn too. I’m still unclear as to where this is going; will Quinn or Dr. Hall eventually win out and take control of Creel completely or will he just continue to suffer their voices in his head? Once he learns from Coulson that Talbot is being held in the base against his will Creel’s loyalty to Hale starts to waver. With his recent exposure to gravitonium and the discovery of his friend in need Creel sides with Coulson and ensures Talbot gets away, even staying behind to face Ruby alone. With him surviving his encounter (which was great by the way), despite Ruby’s direct attempt to murder him against her mother’s orders Creel is now back in HYDRA custody. It is unlikely Hale will let her guinea pig out of her sight so the full extent if his condition will surely be explored.

There were a lot of strong moments in ‘Inside Voices’ and while Deke didn’t have a lot to do this week I thought his scene with Fitz was excellent. To think it was Fitz’s most heinous act that would draw the closest parallel between the two. Making tough calls, playing the long game; these are all things Deke understands and after everything else that has happened this season, him selling Daisy out really doesn’t seem that extreme any more. And since this season can’t seem to get enough of little heart-breaking moments, this week saw young Robin approach May calling her “mommy”. The duel impact of May’s expression and the realisation on Robin’s biological mother’s face were incredibly moving. The next was Robin’s sudden and calm declaration that Coulson is going to die. While everyone will die at some point the words weigh heavy on May. Luckily, she is still determined to prevent this future from happening. While Coulson did technically die this week I feel like Robin was referring to something else. This scene was an effective reminder of Coulson’s fragility nonetheless and allowed Creel to showcase an impressive use of his powers. 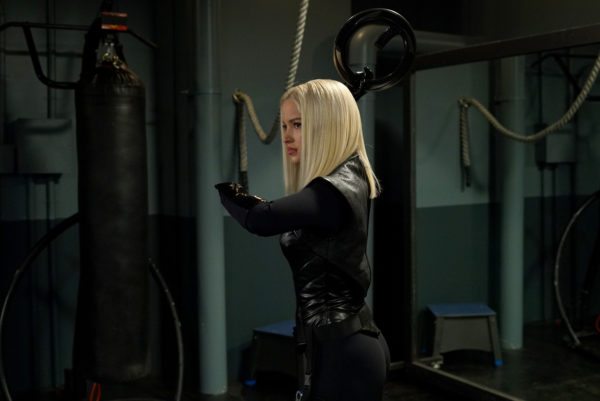 With Alex working tirelessly to translate his father’s works and General Hale now seemingly backing Ruby for the mantle of ‘destroyer of worlds’ the Earth’s demise seems to be rapidly approaching. If I didn’t trust this writing team so much I may start to worry that there isn’t enough time to tie everything up but with this show’s stellar continuity I’m just going to sit back and enjoy.