Its been a long road for Marvel’s Spider-Man, the upcoming Playstation 4 game involving everyone’s friendly neighbourhood web-slinger, but the release date for the highly anticipated game has kept fluctuating since it was announced. Now the game, developed by Insomniac Games, finally has a release date of September 7, 2018. They released a short trailer marking the announcement as well as revealing some of the bonuses that will come with various editions of the game as well. Check it out below… 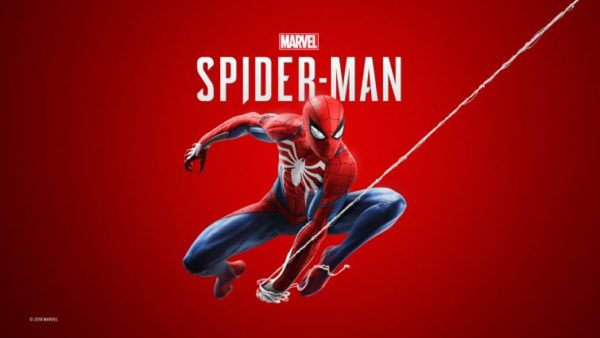 Playstation and Insomniac also revealed the various editions of the game that will be available. The standard edition will be available on disc and digitally for $59.99 Players who ore-order will get a few bonuses, including instant in-game access to the Spidey Suit Pack, early unlock of the Spider-Drone Gadget, 5 extra skill points, a Spider-Man PSN avatar and a Spider-Man PS4 theme designed by renowned comic book artist Adi Granov.

Along with the standard edition of Marvel’s Spider-Man for the PS4, players can purchase the Digital Deluxe edition of the game for $79.99. It will include a copy of the game as well as new story chapters with the post-launch DLC series — Marvel’s Spider-Man: The City That Never Sleeps. There will be three new chapters each with new missions, villains, and characters and additional suits for Spider-Man. You can pre-order the Digital Deluxe edition and receive by mail a limited edition collectible pin (only available to residents of the US and Canada) which features Spider-Man as he appears on the cover art for the game. 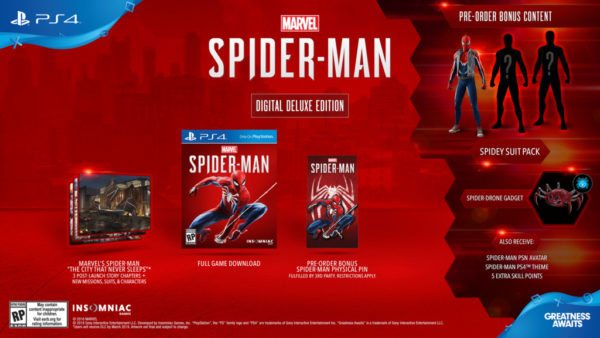 The Collector’s Edition of Marvel’s Spider-Man will run at $149.99 while supplies last and includes all of the digital content from the Digital Deluxe Edition as well as a Steelbook case featuring the iconic white spider, Mini Artbook from Titan Books and Spider-Man statue from Gentle Giant. The full statue, however, will be revealed on a later date as Insomniac has stated whatever he is perched on is too spoilery to show fans now. 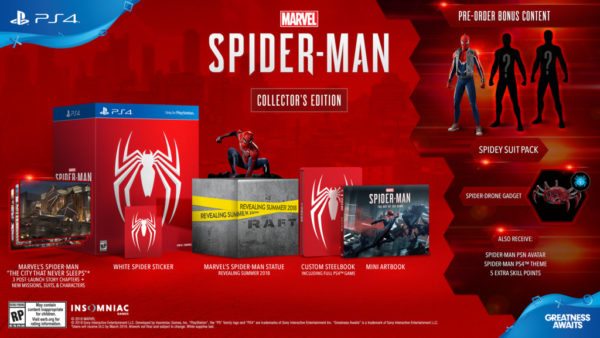 An experienced Spider-Man with several years of crime fighting under his belt, Peter Parker has sheer mastery of his powerful spider-sense, dynamic skills, acrobatic abilities and a new suit. This is an all-new Spider-Man universe, featuring familiar characters in unfamiliar roles. Take control of a complex dual life, as a young adult with great powers… and evolving relationships. Swing freely through Marvel’s New York City in epic action set-pieces filled with a rich narrative and relatable characters.