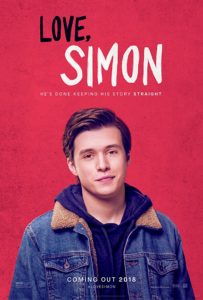 Simon Spier keeps a huge secret from his family, his friends, and all of his classmates: he’s gay. When that secret is threatened, Simon must face everyone and come to terms with his identity. 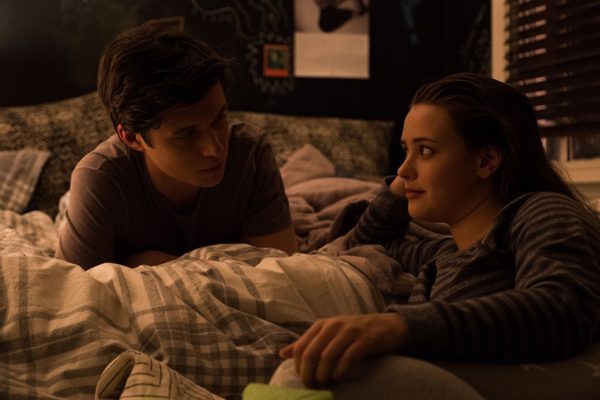 Finally, a return to form for the teen rom-com drama has occurred with the terrific Love, Simon. Simon (Robinson) is a typical 17 year old, he has great friends, a loving family, and an amazing vinyl collection. The only issue is that he’s been hiding the fact that he’s gay from everyone. The only person he can talk to is an anonymous fellow closeted classmate who goes by the name Blue.

The premise is classic rom-com with friends being in love with each other and high school being a terrifying place. The only thing that separates Love, Simon from many other films (other than its witty dialogue and performances) is that the main protagonist is gay. I was amazed when I read that this was the first gay protagonist from a major studio. It seems surprising the level of prejudice that Hollywood has had and their fear over box office numbers has hindered seeing LGBTQ characters in lead roles. But the tide is turning now.

In the titular role Nick Robinson excels. He makes Simon feel like a real person and the emotional range he displays is impressive. Simon is instantly likeable and easy for the audience to identify with as he falls in love and deals with the fallout of his secret. The only criticism is that Simon is cooler than any teenager in real life with his John Lennon Halloween outfit, vinyl player and penchant for iced coffee. 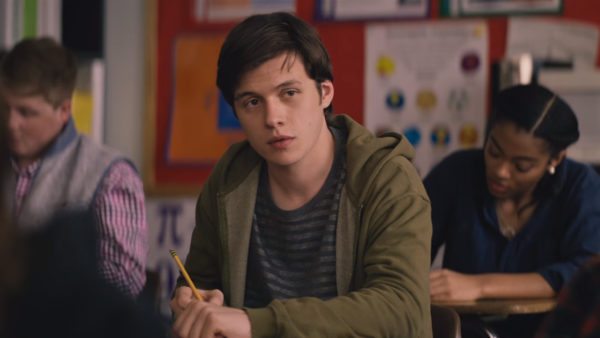 The supporting cast is also stellar. As the overly friendly vice principal, Tony Hale offers some great comic relief and Katherine Langford as Simon’s best friend Leah provides solid support. The standout is Jennifer Garner as Simon’s mum Emily. It’s a quiet performance and she only has a handful of scenes but the message she delivers is powerful and one that will resonate with audiences regardless of their sexuality.

What surprised me the most about Love, Simon was the level of humour. Usually teen rom-coms focusing more on the romantic elements and whilst there’s plenty of heart warming adorable moments throughout the film, it is really funny. As well as Tony Hale, there are some great one liners from stressed drama teacher Ms Albright (Natasha Rothwell) which cuts through some of the darker elements. A great montage of kids coming out as straight is also hilarious and makes a clear point.

Love, Simon doesn’t delve too much into the darker elements of homophobia in school but that isn’t to its detriment. While so many LGBTQ films have focused on quite dark stories, Love, Simon feels like a shining beacon of hope. It’s positive, life affirming and essential viewing for all teenagers.