Historical warfare MMO developers Wargaming have today released a brand new trilogy for the hugely successful War Stories on World of Tanks Console edition.  Titled Spoils of War, this new story will provide a set of three free missions that can be completed solo or co-op online multiplayer.  A tasty new trailer can be seen below providing details on the story and showcasing some of the action… 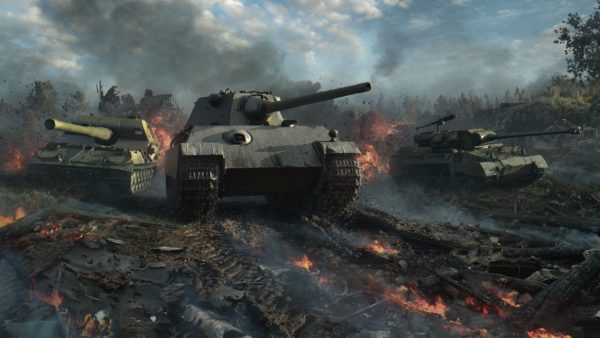 The Spoils of War trilogy is set in an alternate history 1948, it is one where World War II never ended and the world is weary from constant warfare.  In these new stories players will fight as three different tank commanders, American, Soviet and German, each of which who, contrary to previous War Stories, will go against direct orders and act upon their conscience and moral obligations.

Chapter 1 of Spoils of War is ‘Sieben Ritter’ is inspired by The Magnificent Seven/ Seven Samurai and sees a small town on the German-Polish border trying to survive long enough to surrender to the allies.  However, Captain Karl Staupe must decide whether to stay and help the town or follow orders and return to defend Berlin.

‘The Connoisseur’ is Chapter 2 and will see players take the role of Sergeant Frank Martinez who is tasked with destroying a cache of stolen art.  First he must retrieve it from a band of German soldiers who have taken it for themselves.

Finally, ‘Potemkin’ takes the action to a town on the German front lines where a Soviet artillery commander has been selling food on the Black Market.  Taking the role of Anatoly Petrov, players must fight back against the Soviet High Command who have found out about it and sent an armoured unit to intercept.

The three new Spoils of War chapters join the five other tales available exclusively for War Stories on World of Tanks Console Edition.