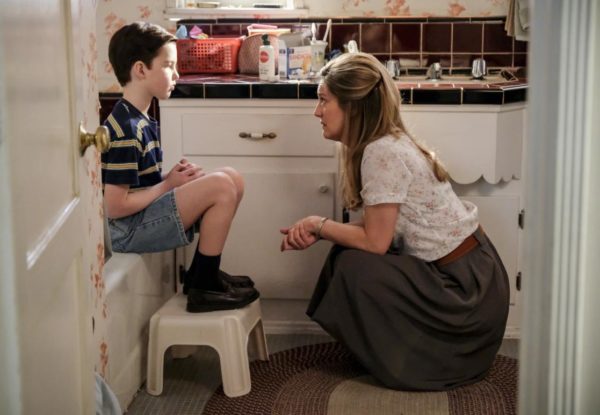 There is a naïve quirkiness which has infiltrated the back end of season one recently. Aside from the structural segues which dictate a majority of Young Sheldon, character development also makes an interesting contribution towards its overall tone. Armitage not only seems gifted at indirect impersonation but also is proving a dab hand at slapstick humour. Self-deprecating, socially tactless but blessedly pre-pubescent this Sheldon Cooper may have set the bar for televisual child actors going forward.

That episode seventeen subtlety expands beyond the confines of our favourite household and into their neighbourhood proves an innovative move. What this confirms beyond doubt is how much detail has gone into the overarching premise behind this show. His formative years are purposely peppered with eccentrics, laced with sarcastic stereotypes and painted in such as a way that audiences are pressganged into empathy. This more than anything is what makes you warm to Young Sheldon as the off kilter family dynamic, left of centre characterisations and odd interactions build believability. 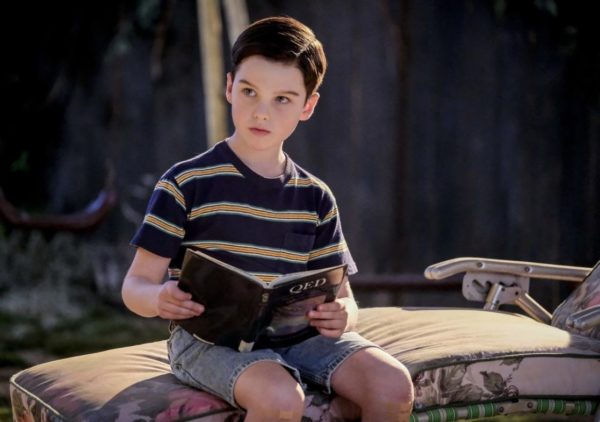 Rather than being singled out Sheldon comes across as normal in an environment defined and populated by these archetypes. East going, laid back, uptight and God loving parishioners they may be but playing with a full deck many are not. This in no way belittles anybody on the show but merely acts as a distraction allowing more risqué material beneath censorship radars. Having lulled audiences into a false sense of security this writers room can now make jokes which some may consider close to the knuckle. That they are able to cloak these situational jokes beneath the shroud of a family friendly show is another reason that you should be watching.

Barber, Perry, Potts and company pull off a Pixar by keeping those off hand character jokes on the down low, whilst using Armitage as distraction to draw in an older audiences. There is subtler comedy work on show here than you might realise, as bonding moments, familial squabbles and neighbourly spats all play towards a similar goal. Humour comes from mismatched, situational character clashes with an underlying sense of good fun. There is no malice involved and everything is kept light even if jokes might turn a little course. 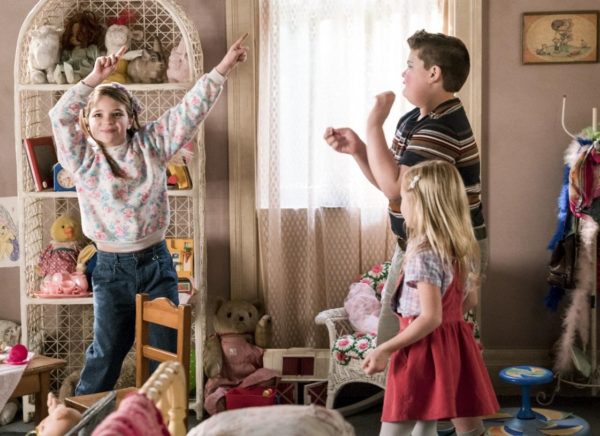 However what Young Sheldon continues to do is play to all demographics without seemingly considering anyone. Over in the blinking of an eye, drawn with warmth, delivered with savvy and worthy of the plaudits coming its way, this programme demands your attention.