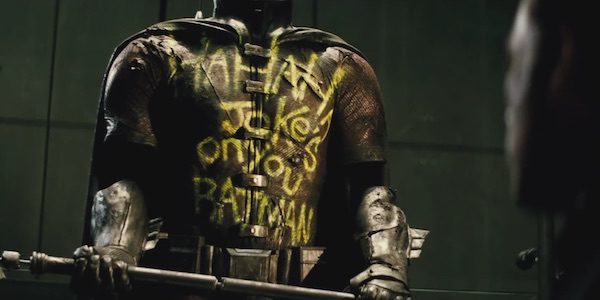 As we saw in Batman v Superman: Dawn of Justice, the DC Extended Universe incarnation of Batman has suffered ‘A Death in the Family’ during his 20 year career in Gotham, with Ben Affleck’s Bruce Wayne displaying a Robin suit in his Batcave belonging to his fallen crime-fighting partner.

Fans have naturally assumed this outfit belonged to Jason Todd, the second Boy Wonder, who in the comic books was brutally murdered by The Joker (before re-emerging years later as the Red Hood). However, it seems that Batman v Superman director Zack Snyder may have had other intentions, with the filmmaker seemingly suggesting that it may actually belong to Dick Grayson.

Here’s the exchange that Snyder got into with fans, via Batman-News: 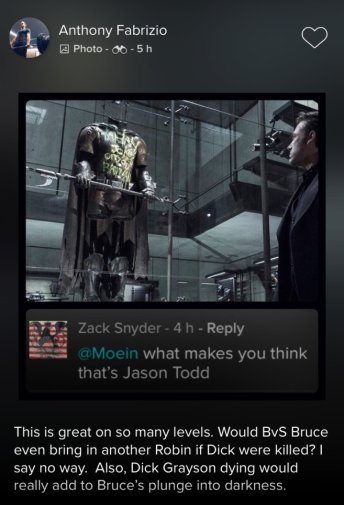 Interestingly, during the production of Batman v Superman a gravestone was spotted featuring the name of Dick Grayson and we were contacted by Warner Bros. to remove the set photo, so it’s definitely possible that Snyder did indeed intend for this to be Dick’s Robin costume. However, with The LEGO Batman Movie director Chris McKay currently working on a Nightwing solo movie, it would appear that the powers that be at DC Films have other ideas… 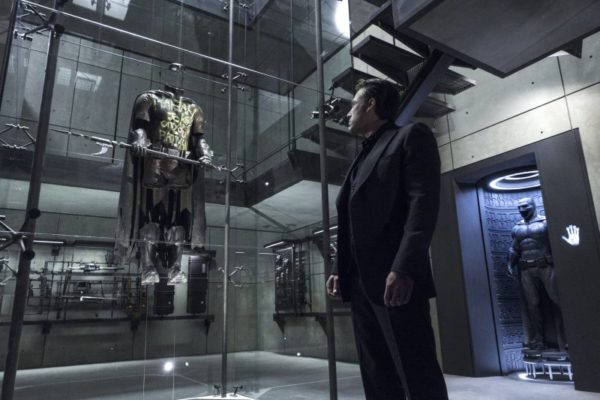