Following on from the latest trailer [watch it here], YouTube Red has now unveiled a poster and banner for Impulse, the new sci-fi series from Doug Liman, which is based upon the third book in Steven Gould’s Jumper series. 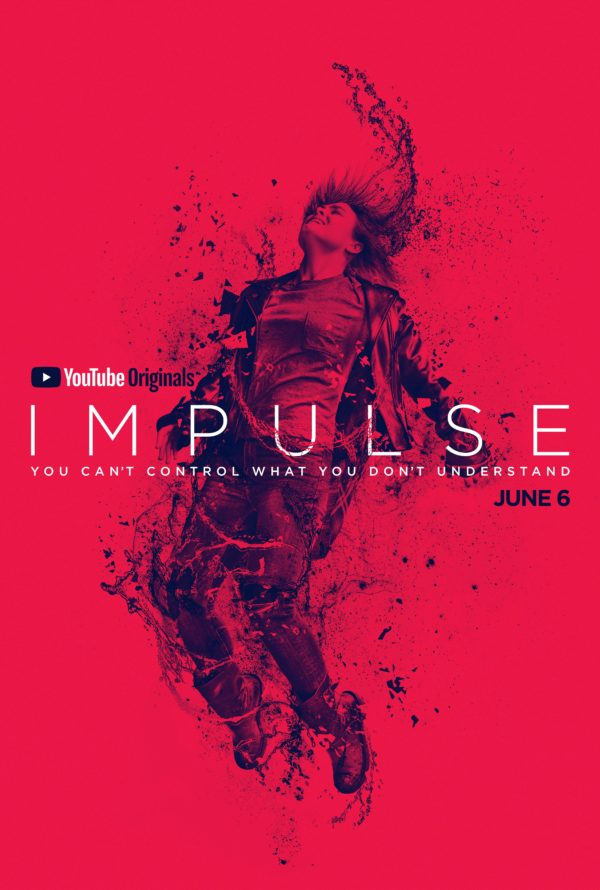 IMPULSE features a rebellious 16-year-old girl “Henrietta” (“Henry”) played by Maddie Hasson (“Twisted,” “The Finder”). Missi Pyle (“Gone Girl,” “Charlie and the Chocolate Factory”) plays “Henry’s” mother “Cleo.” Henry has always felt different from her peers and has longed to escape from her seemingly quaint small town. She soon discovers she has the extraordinary ability to teleport. This newfound power confirms her conviction that she really was different from everybody else, but it now makes her the focus of those who want to control her.

Impulse is set to premiere on June 6th on YouTube Red.