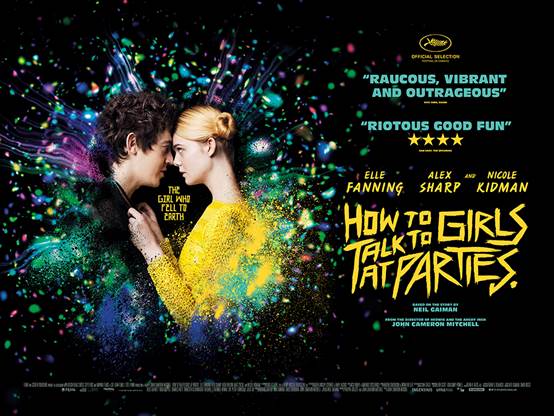 How did you get involved with the project?

My producer from ShortBus got the rights first and he started writing a treatment with Philippa Goslett, the original writer and was wooing me along the way. Originally I wasn’t convinced because I wanted to do my own story, but then I realized the story was more of a seed that a big flowering plant, and that anything could come out of it. I loved the world and the sense of humour, and the writer added more of Neil Gaiman’s own life as a punk, so all those elements got me interested in being a part of this film. I always wanted to do a teenage love story, so it started becoming more of a Romeo and Juliet thing and we could just add elements to it and nurture it, and I could create the cosmology of the aliens and it became more of a story about parenthood and the various mothers and father figures. There is even an accidental Brexit metaphor in there, so I liked putting some little easter eggs for things I care about and play with.

Music is very important in the film; can you talk a bit about your process and involvement with creating the sound of the film?

Well, all of my films are very musically dense, and that was very important for me. Around 70% of the music, the songs are original, and I wrote 3 or 4 of them with other people, and even sing in one of them. And we are very excited that we have a double vinyl album coming out on Sony with the soundtrack, and we couldn’t really afford a lot of the old punk classics. Ironically, you know, all these songs are anti-establishment and for the people, but they were out of our budget.

What do you look for when you decide on directing jobs vs acting jobs?

Acting is not a major pursuit for me, so generally those are just offered to me, and they might be money or good roles as long as they don’t interfere with my other jobs. But I don’t go out of my way for the acting, though I might be open to acting in a lead in a TV series if it’s good. For directing it has to be something I really care about emotionally. I used to be offered more money jobs but when I do something just for the money I find that I become a person that I don’t like, I get cranky. That happens to all of us, I’m sure. I’m lucky to be offered money jobs directing, but I have a cheaper rent so my career has been based on things that I love, and that’s kept me happy. Not particularly well paid, you know, I have a lot of bills and I may have to go on concert tours to pay the bills. As I say I used to be a tour de force, now I’m forced to tour [laughs]. But for films I got to do it for love, because it’s already hard enough to make a movie you like, and to do something you hate it’s just not healthy. I followed my heart and I’m happy this way, even if it’s not the smartest things to do financially. 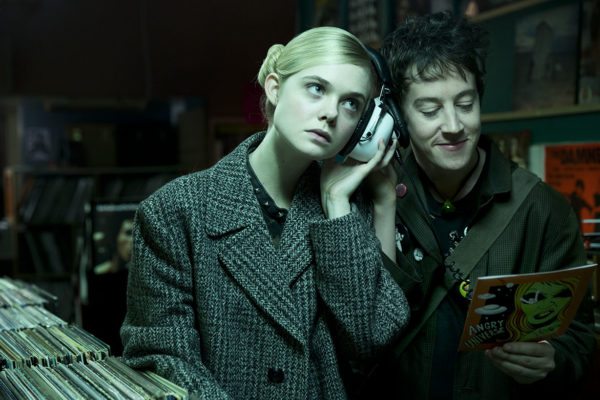 You did some voice work for My Entire High School Sinking into the Sea, how did you get involved in that?

You know, I love that movie. He was a protégé in some ways, I was helping [Dash Shaw, the director] make another film, and he did comic book art for Rabbit Hole and How To Talk To Girls At Parties. And we couldn’t get the film we planned off the ground so he made this one movie very cheaply and just asked me to be a voice as the high school athlete which I rarely get to play, and I had a blast. I love Dash, and he’s my go to guy for graphic art.

How To Talk To Girls At Parties in cinemas Friday May 11th.

Many thanks to John Cameron Mitchell for taking the time for this interview.