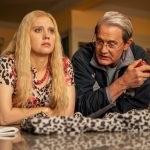 With its premiere just a month away, a new trailer and batch of images have been released for the upcoming limited series Joe vs Carole which tells the story of one of America’s wildest feud’s between the infamous exotic zookeeper Joe “Exotic” Schreibvogel (John Cameron Mitchell) and big cat enthusiast Carole Baskin (Kate McKinnon); check […] 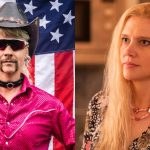 The first trailer has debuted for Joe vs. Carole, the upcoming limited series based on the Wondery podcast Joe Exotic by Robert Moor which tells the story of the fierce rivalry between big cat enthusiast Carole Baskin (Kate McKinnon) and the infamous exotic zookeeper Joe “Exotic” Schreibvogel (John Cameron Mitchell). Watch it below… Based on […] 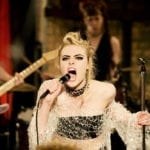 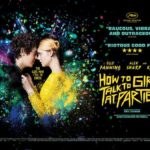 Rafael Motamayor chats with director John Cameron Mitchell on directing, punk and more… How did you get involved with the project? My producer from ShortBus got the rights first and he started writing a treatment with Philippa Goslett, the original writer and was wooing me along the way. Originally I wasn’t convinced because I wanted […] 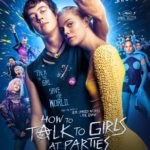 A new trailer and poster have debuted for John Cameron Mitchell’s upcoming adaptation of Neil Gaiman’s short story How to Talk to Girls at Parties. The sci-fi rom-com features a cast that includes Elle Fanning, Alex Sharp, Nicole Kidman, Ruth Wilson, and Matt Lucas; check them out here… From the raucous dual imaginations of fantasy laureate Neil Gaiman (“American […]

Coinciding with its UK premiere at the London Film Festival, a new trailer has arrived online for the upcoming sci-fi rom-com How to Talk to Girls at Parties. Based on Neil Gaiman’s short story of the same name, the film is directed by John Cameron Mitchell, and stars Nicole Kidman, Elle Fanning, Alex Sharp, Ruth Wilson, and […]