Image Comics and Skybound Entertainment have announced that they are set to celebrate the 15th anniversary of Skybound this October 13th with The Walking Dead Day, a globally celebrated event commemorating the world’s favorite, long-running, survival comic created by Robert Kirkman. As part of the celebrations, fans will be able to grab themselves a copy of The Walking Dead #1 15th Anniversary Variant with a covert by Charlie Adlard. 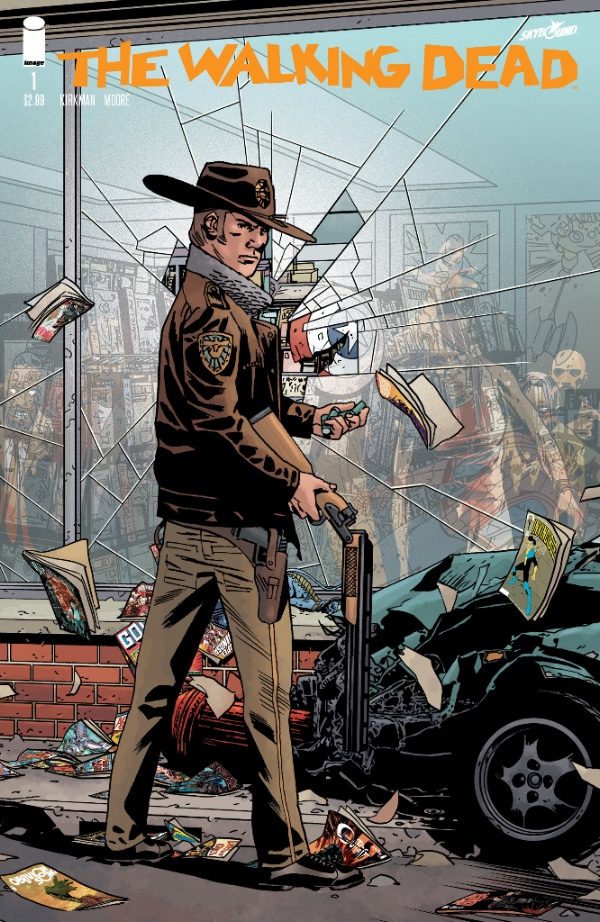 A selection of Walking Dead Day participating local comic shops will become a part of the iconic story with their own special edition of this cover which will feature the store’s logo incorporated into the cover artwork. Image and Skybound will also be releasing a host of collectible Walking Dead Day items for fans to keep an eye out for ahead of the event on October 13th.