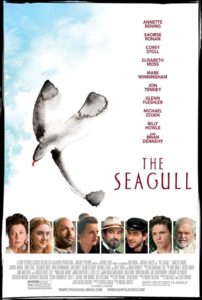 In the early 20th century, an aging actress and her lover visit the estate of her elderly brother. 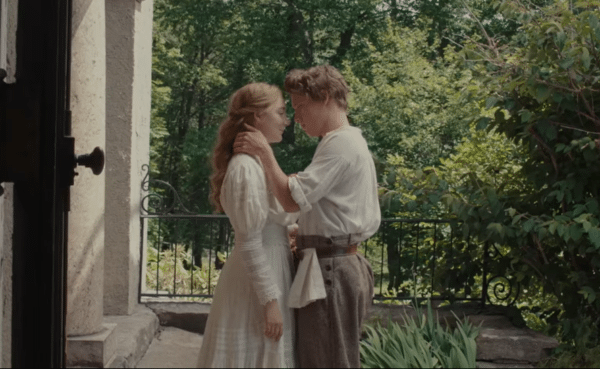 Everyone is in love with someone else in The Seagull (based on the famous Anton Chekhov play brought to life on screen by playwright Stephen Karam and Tony Award-winner Michael Mayer) to the point where the audience is looking at so many rejected lovesick individuals it can occasionally be frustrating to muster up an ounce of energy to give a damn about anyone. There really isn’t much to go on with any of these characters besides the connecting tissue of unrequited love, but if you’re like me and find that to be an alluring and inherently romantic quality, you just might be able to go along with being dropped into the country estate lived in summer of a group of family and friends that each can’t get on the same page as the one they’re crazy about.

Easily the most compelling of these romances is the situation between Nina and Konstantin (Saoirse Ronan and Billy Howle appearing together for the second time in theaters this month as they can also be seen with honeymoon problems in On Chesil Beach, where much like The Seagull, their chemistry and aching performances are the best part). Konstantin has cast Nina in his own up-and-coming play; he’s an aspiring writer looking to create works that succeed the quality of his narcissistic and selfish stage actress mother Irina (Annette Bening is icy dealing with aging and fading away from the limelight by taking it out on her own son) soon becoming understandably frustrated when she decides to lust after with starstruck eyes (Ronan sells the swooning in the way that pretty much every straight male in existence fawns over her) Irina’s lover, the famous author Boris (played by a pretentious and observant Corey Stoll who enjoys jotting down notes about the rest of these people, seemingly working as some sort of meta commentary on the act of writing itself). 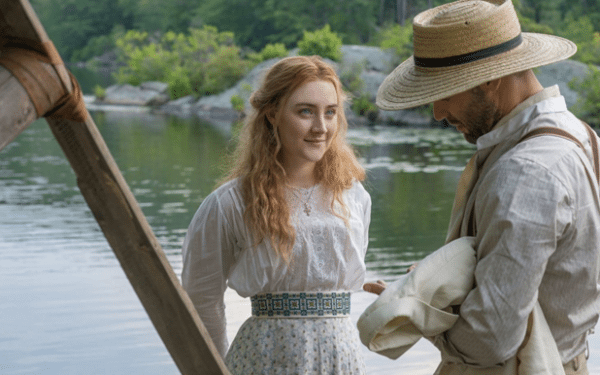 Essentially, there is something emotionally upsetting about watching someone go after a woman with such commitment and dedication only to be turned away in favor for the man that is probably responsible for shaping his own mother into the snobby and cruel embodiment of rich privilege. A standout sequence sees Bening berating the estate staff, although anytime she’s putting someone down it is nasty fun. Again, we don’t know much about these people, but their clearly defined basic personality traits are accentuated by terrific performances from one impressive ensemble across the board.

Also facing the soul-crushing hurt caused from unrequited love is Masha as played by Elisabeth Moss, who practically feels born to play this role with her compulsive and borderline obsessive body language and facial expressions. Dressed in all black, she chases after Konstantin while turning down a schoolteacher, at one point becoming so mentally broken from not receiving affection back that she contemplates wedding anyone as soon as possible just to wipe away the pain, and it’s the kind of scene she’s phenomenal at delivering. By now it should go without saying, but The Seagull, with its philosophical dialogue, is superbly acted. 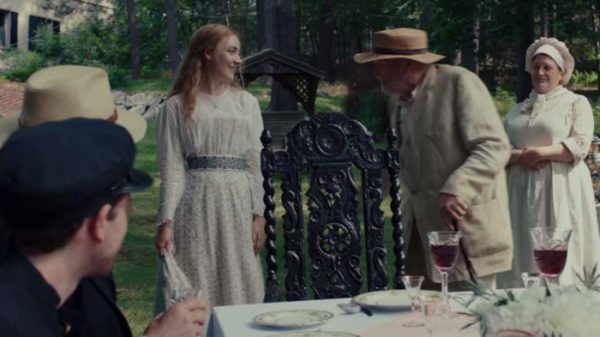 If these were the only plot points that The Seagull focused on, it might have been better at finding some forward momentum and avoiding a number of boring scenes involving characters I haven’t even mentioned yet. At the relatively short running time of 98 minutes, The Seagull is already facing an uphill battle in terms of character development factoring in the number of faces, so maybe a faithful and direct adaptation wasn’t the best route. There’s always room to toy around with something that has been around for over 100 years, and ultimately, it brings up the question of The Seagull‘s overall point.

As the film goes on and jumps through time for an extended epilogue, not even Saoirse Ronan can lift the quality back up when she delivers a painfully bad monologue on the meaning of the seagull (the metaphor comes up around the halfway mark). These are not things I like writing about Ronan, but the theatricality of the experience eventually becomes overwhelming and drowns out whenever interest was originally in the revolving door of one-on-one conversations. Still, the cast is able to do enough with the roles to elevate this into mostly watchable. For a tragicomedy, it also could have used some more humor.