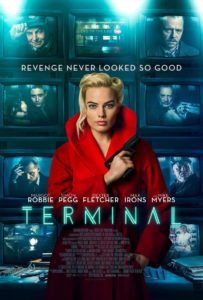 In the dark heart of a sprawling, anonymous city, TERMINAL follows the twisting tales of two assassins carrying out a sinister mission, a teacher battling a fatal illness, an enigmatic janitor and a curious waitress leading a dangerous double life. 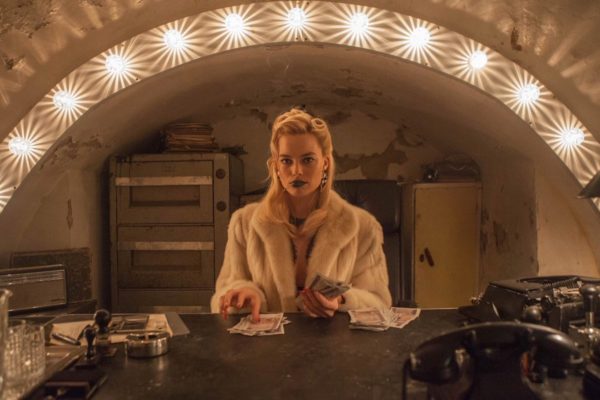 Do you fancy your Alice In Wonderland mythology with an Eastern European hint of red light district indecency? Ever wonder what Margot Robbie’s Harley Quinn would sound like with an Australian accent? Vaughn Stein’s Terminal addresses both questions while messily posing so, so many more. Expect a psychotic standoff between crime lords, hitmen and custodial staff that’s puppeteered by one mad-as-hell vixen hoping not to get burned – like that’s ever a worry given her cool-as-ice kiss.

“Wow, what an amazing cast…why haven’t I heard of this movie before and why isn’t it playing to larger crowds?” Your answer, unfortunately, is because Terminal is a narrative mess of fluorescent lights and greasy killer molds. Like Byzantium (minus vampires), Sin City and every Guy Ritchie script were thrown into a blender. Lewis Carroll’s fantasy land of Tweedledee and grinning Cheshire cats takes the form of a directionless ruse that’s messier than a disgraced sitcom detective’s yarn-strung evidence corkboard. It’s all fun and games with death on the mind, but is infuriatingly cumbersome to follow – especially when Robbie spends far too long explaining “surprises” we’ve deciphered ages ago.

Annie’s interactions are largely split between Bill the smokestack (Pegg, as stated) and gutter-dapper Alfred (Irons) who is attached at the hip to partner Vince (Fletcher). Let’s start with Bill. 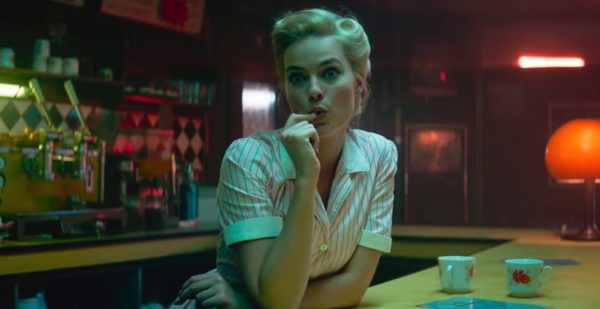 For those who haven’t come to terms with man’s ultimate finality, consider this arc a depressing slice of humble pie. Bill wanders into End Of The Line Cafe looking like Vincent Van Gogh to find Annie behind the counter. He just wants a coffee and smoke, but Annie immediately starts prodding at the sight of his decaying health (mortal diagnosis). She comes to the conclusion that Bill should either kill himself or seek assistance for the task – go out on self-appointed terms. Her eyes are full of excitement and wonder at the mere suggestion, while Bill plays good sport until her seriousness is shown. An “angel-faced kid with a heart of darkness,” as he states. It’s one barbed interaction that spans the film’s length, and while sometimes far too off-kilter (suggesting Bill rape and pillage to contentment), makes for morbidly entertaining discomfort.

Then there’s Alfred, who is immediately smitten after encountering Annie first at the cafe and again as a bombshell stripper. He plunges down into Annie’s romantic rabbit hole – literally, based on the gentleman’s club theme – and is offered lover’s protection. Alfred and Vince are asked to lay low until Mr. Franklin initiates his hit request, but a secret instruction states Alfred must eliminate Vince once the job is done. Little does Alfred know that Vince has the same directive. Annie is Alfred’s ace in the hole and she wants to see him live, so he begins to experience an upper hand advantage – Annie ever the dame worth killing for.

So, why go into detail about each subplot? To try and drive home how these two intersecting paths don’t really belong on the same trajectory. Does it all get wrapped around, as a Halloween-dressed nurse Annie explains the “whys” and “hows” of her ploy? Technically. Does this connect otherwise disconnected story elements with even more random asides that go unfulfilled? Hell no. Scenes feel like they’re servicing a good idea at the time without supporting the bigger picture, be it hapless muggers who fail to hold up Bill and Vince or a weak throughline passed as the hottest twist since The Usual Suspects. 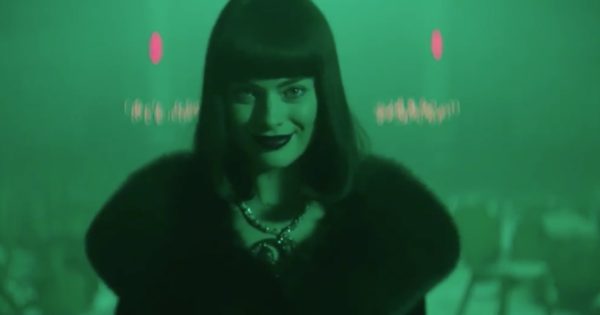 Performances are not an issue here, which is what makes Terminal such a let-down. You can *never* go wrong with an unhinged Margot Robbie, especially in addition to the realization that Ms. Robbie should *only* wear red coats from now on. Her mannerisms are confident, manic, crazy-eyed, and commanding of tone in a way that never releases total situational control. I don’t know how else to say this – Annie is Harley Quinn without a Joker and far more patience. Twists aside – because her character evolution damn-near splits off later on – Robbie proves why she tops my list for female thriller performers meant to be undervalued and misread by distracted men.

Irons, Fletcher, Pegg, Myers and the rest? Nothing but marks who must act unaware or supporting sods who help Annie cover up disposable “trash.” Pegg fumbles through intellectual logic while Alfred and Vince chew each other out as a product of stir crazy isolation. But Myers? There’s obviously more to this “Night Manager” dunce who keeps spouting rules of his terminal domain. “Obviously” to a fault.

In short, Vaughn Stein makes a play at constructing his own Revolver (another Guy Ritchie reference) – but never gets farther than decorations and players. Think of Terminal as a model automobile. You categorize all the pieces, design their color schemes, and you can visualize how everything fits harmoniously together. There’s still one step left, though – assembly. Terminal is what happens when you don’t complete that final, integral finalization. John Wick (minus action) meets Moulin Rouge without the trapeze artistry to pull it all off. Maybe you’ll fare better with this unsteady amalgamation of revenge than this sparsely amused and unfavorably befuddled critic.