J.J. Abrams chose Mission Impossible III with which to launch his big-screen career, and at the same time attempt to restore Cruise’s post-sofa spectacle reputation.

Notable because it was the first entry to try and make Ethan Hunt a three-dimensional character by taking a look behind the curtain, giving us a glimpse of his home life, and personal connection to someone other than this series version of the Bond girl (Emmanuelle Béart, Thandie Newton). It paid off in spades with the film’s signature sequence.

Admittedly you could give Philip Seymour Hoffman the phonebook to read and the late Master would be able to move you with his delivery of every pronunciation of John Smith, but here, now that the stakes have been raised by a threat to Hunt’s wife (Michelle Monaghan), the scene carries more impact than any in the franchise thus far. Loaded with foreboding thanks to the tense prologue, his delivery of dialogue that would be villain schtick 101 had it not been spat with such reptilian hatred for Hunt, elevates the film to a different level. 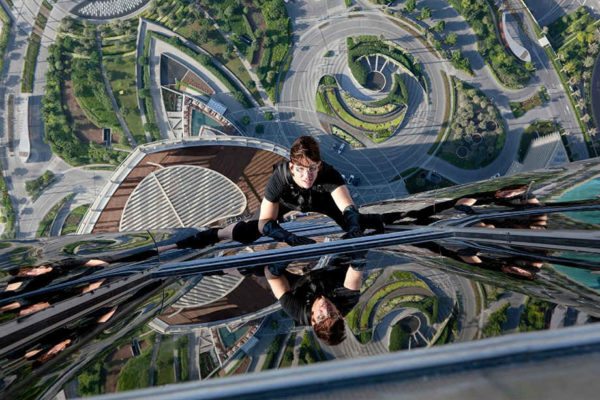 Brad Bird came on board the M:I franchise and was quickly able to transfer the animated superhero dynamics of The Incredibles onto Ethan Hunt’s team for his first live-action feature film. Where M:I:3 had attempted to go a little darker, Ghost Protocol put the fun back in IMF, and as a result there are a number of scenes which stand-out.

There’s the prison break, a Kremlin heist, which is as thrilling as it is inventively funny, the desert storm, the multiple moving parts finale in which Jeremy Renner gets to do all the things he’d dreamed Hawkeye would, and Cruise’s car showroom smackdown with the late Michael Nyqvist.

But it’s atop the tallest structure in the world that we find Ghost Protocol‘s standout scene, and Tom Cruise using mechanical suction in a way that evokes terrible memories of Paddington and that chimney stack.

When viewed on the biggest screen possible, the vertigo inducing camera swoops, and sound of the wind whistling around Hunt as he uses Benji’s faltering “blue is glue, red is dead” gloves, are utterly terrifying. And then there’s that hold-you-breath jump. Mission: Impossible has a predilection for the spectacular, but it’s never better than when keeping it simple, and this scene manages to do both. 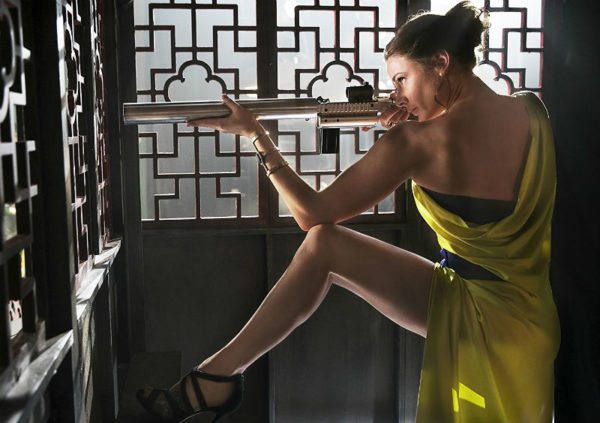 A location, a set of ear-pieces, and multiple scenarios. From the opening scene of Brian De Palma’s franchise fuse lighter, the series has excelled in the mechanics of a team operation, and Christopher McQuarrie adds a grandeur to the action beats by orchestrating it to the sounds of Turandot at the Vienna Opera House.

The on-screen drama plays out like its own mini performance, with little-to-no dialogue, and changes in action synchronised perfectly with the escalating music. The rising pitch of the strings on Nessun Dorma as Cruise is slowly lifted by a mechanised gantry, the immediacy of the operatic warblings as Rebecca Ferguson makes her escape, her dress billowing like the curtains she clings to. It’s so playfully different to anything else in the franchise, and another example of how this series continues to remain fresh well into its fifth instalment. 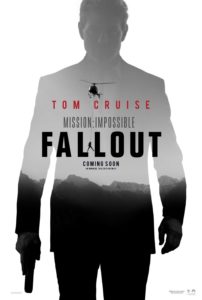