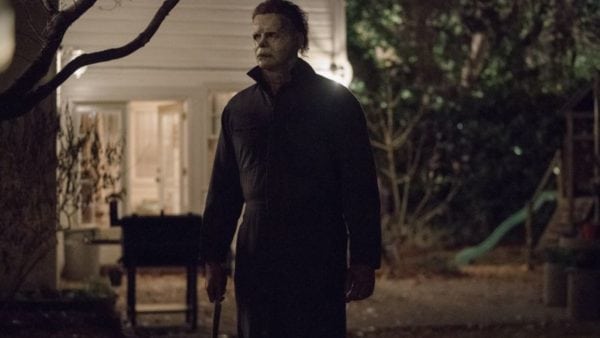 One could argue that movie marketing has become as formulaic as the movies they are pimping. There isn’t a lot of variety in trailers for high-profile studio movies. They all tend to follow a certain rhythm and cadence with very few offering anything novel. You give a brief overview of the plot, make sure to include a few hints of the show-stopping set-pieces and maybe break away for a moment of levity.

Mission: Impossible-Fallout is a great example of a good, by-the-numbers trailer. You get the general plot, which is remarkably similar to the first five installments: Ethan Hunt is once again forced to go rogue, because doing things by the rules isn’t his style. We get some glimpses of new elements (Henry Cavill) and a whole lot of action beats; A Helicopter battle, a motorcycle chase, a bathroom fight that might rival True Lies. Hints of what’s to come are all right there, but it never gives too much away.

The most recent Fallout trailer is another story entirely. It potentially gives a whole lot away. I say ‘potentially’ because it could be clever marketing. A little marketing misdirection. If not, then basically they reveal in the most recent trailer that Henry Cavill’s CIA tough-guy is the villain of the piece. There are shots in the first trailer that indicate tenuous allegiances and by basic movie logic we could determine that the new guy in the franchise might be a double-agent. The old ‘Defense of the Dark Arts Teacher’ theory. The latest trailer gives way too much away. I was perfectly cued up with the first trailer. Now I feel like the major reveals have been spoiled. It’s an old saying but an apt one; less is more.

There’s also a similar pattern to trailers being released. The teaser, the 1st trailer and the 2nd trailer. The teaser gives you very little, the first just enough and the second WAY too much. The first piece of marketing for the new Halloween movie has skipped the subtle teases and apparently given away the entire movie and it’s kind of terrible. Allow me to elaborate. 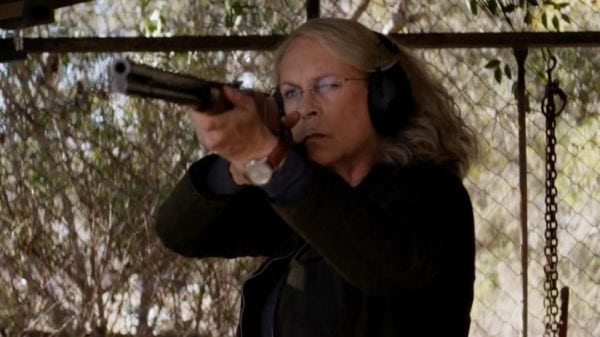 We open with some lovely little callbacks and visuals. A reminder of the malevolent evil of Michael Myers and a reveal of the mask. All is fine and well. Then, the terribleness begins: exposition to catch anyone unfamiliar with the original up. In a matter of three sentences some hapless teenagers establish the history of Laurie Strode (Jamie Lee Curtis) while reconfiguring the canon and her relationship with Michael Myers. Did you like Halloween: H20? Too bad; it never happened. It was at this moment my body simultaneously cringed and did an eye roll so epic I could see my frontal lobe.

Apparently Laurie has spent her entire adult life praying for Michael Myers to escape… so she could kill him. Well that’s perfectly normal. This doesn’t seem like the healthiest way to deal with her anger; going to gun ranges and setting up secret safe rooms convinced that one day you would inevitably square off with Myers again.

Right after we see Laurie fire off a few rounds to establish her murdering skills, things start to go off the rails. Remember the documentary crew from the opening of the trailer that taunts Michael with his mask? It seems they’re going to be brutally murdered while he tries to get back his true face. The teeth dropping bit is fun… but then you have to wonder how long it would have taken our favorite killer to pull out all of his previous victims teeth and collect them. I’m no dentist or serial killer, but I’m guessing that would have given her enough time to get the hell out of Dodge.

Then we get to some of the worst lines of the trailer.

“He’s been waiting for this night” says Laurie. “I waited for him.”

Right. You’re mental. That’s cool. I mean, most people might have considered moving away from the town where someone tried to brutally murder them. Start over someplace new. Maybe see a therapist. But then we wouldn’t have this movie. It feels kind of depressing to think that Laurie survived the first Halloween and was relegated to a life of misery and depression just waiting for the moment she could kill Michael Myers. Someone in the trailer calls her “Grandma”, so it seems like she had kids and a family. Was all of that window-dressing while you waited around for Michael Myers to escape for your poorly conceived revenge plan to be enacted? I’m guessing she’s not going to be a contender for Haddonfield’s ‘Mom of the Year’.

Then we cut back to our documentarian from the opening; you know the one who was murdered halfway into this trailer. The one I already know is going to die horribly and therefore find no point in being invested in his character? He trades a few lines with Laurie before we get a nice jump-scare moment with Michael Myers in the closet. 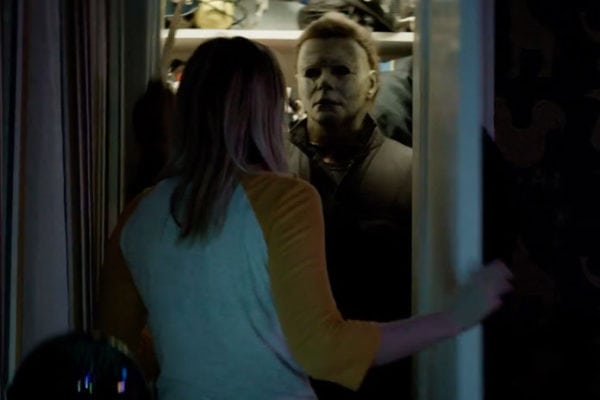 This is a terrible trailer. The dialogue is hideous. The chronology is all over the place. The retconning of the franchise in the first 60 seconds is hilariously cringe-worth. Even the title is terrible.

You’re calling the movie Halloween… which is the title of the first movie AND the Rob Zombie reboot that we all hated. You can’t just call this one Halloween. And don’t tell me it’s called BLUMHOUSE’S Halloween. This movie requires a suffix. I don’t care if it’s a title or a number. But you can’t just use the same title for a movie that takes place 40 years after the original. The first and last movie in a series can’t have the same damn name. I feel like Stewie Griffin shouting “You can’t go into space because the machine already got blown up by Jake Cock-a-doodie Busey”. When Sylvester Stallone brought back his most iconic character, he had the decency to call it Rocky Balboa. Because that indicates that it’s TWO ENTIRELY DIFFERENT STORIES.

There’s so much wrong with this trailer and so much potentially wrong with this movie. The original is a classic. Everything in-between is a hodge-podge of cheese, schlock and some ridiculous fever dreams. I kind of remember Michael Myers fighting Busta Rhymes… but I’m still not sure if it actually happened.

The trailer for Halloween is kind of terrible. Am I the only one thinking this?