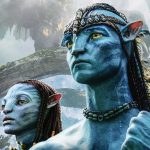 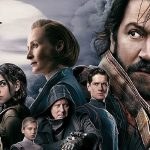 Anghus Houvouras on Star Wars: Andor… “What’s in a name? That which we call a rose by any other name would smell just as sweet.” This is a quote from William Shakespeare where he establishes two things: 1. The convention of naming things is irrelevant 2. While being one of history’s greatest writers, he wasn’t […] Anghus Houvrouas on the success of Top Gun: Maverick… Top Gun: Maverick is the kind of massive, crowd pleasing blockbuster that felt almost extinct after a global pandemic threatened to end the theatrical experience. Loved by both audiences and critics, the movie has become a phenomenon and the most successful movie of 2022. I always […] In the wake of Netflix’s controversial Blonde, Anghus Houvouras discusses the fallacy of accuracy in historical fiction… Mark Twain famously said “Never let the truth get in the way of a good story.” It’s a fantastic quote, but here’s something interesting; Apparently Mark Twain never said it. You’ll see the quote attributed to him in […] Anghus Houvouras on the week’s big nontroversies… Nontroversy – Things people are discussing and seemingly angered by on the internet, but no one is actually affected by or truly concerned about. Social media is a mine field when it comes to nontroversies. On any given week there are a half dozen minor meltdowns prompting mobs […] Anghus Houvouras on how Disney could put the ‘multi’ back into multiplex… Spider-Man: No Way Home was a massive hit. The kind of film that appealed to a wide variety of film fans. A rare blend of comedy, tragedy and bombast that made it one the most lucrative movies ever released. A new version of […] Anghus Houvouras on the death of cinematic discourse… Cinematic discourse has been contentious as far back as I can remember. There were always people extremely passionate about film, who would state their opinions with vigour and steadfastly defend them given the opportunity. Woody Allen famously portrayed the kind of overly zealous cinematic debates that took […] 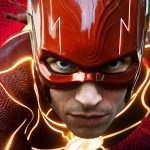 Anghus Houvouras on Warner Bros.’ options for salvaging The Flash… David Zaslav’s regime at Warner Bros. Discovery started with a number of decisions that have left industry analysts and fans baffled. To be fair, he was handed a dumpster fire with the DCEU that has struggled to find creative cohesion and an overarching strategy for […] 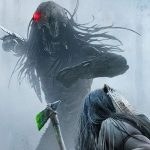 Anghus Houvouras on Warner Bros.’ decision to cancel Batgirl and the ramifications for DC Films… Streaming services are struggling as they try to steer their ships out of stormy seas. Subscriptions are down. Operating costs are up. Competition is at an all time high. Now executives are making difficult decisions that will impact the future […]