With the 2018 FIFA World Cup about to kick off this week, Gary Collinson selects his Five Essential Football Movies…

It’s fair to say that films centred on football  haven’t exactly set the world alight, especially when you consider its place as the world’s most popular sport. In fact, out of the trickle of movies centred on the beautiful game the chance that it’s going to be mediocre at best is almost as assured as England exiting a major tournament on penalties. However, just like in ’66, there’s always the chance they can go one better and actually turn out pretty well… 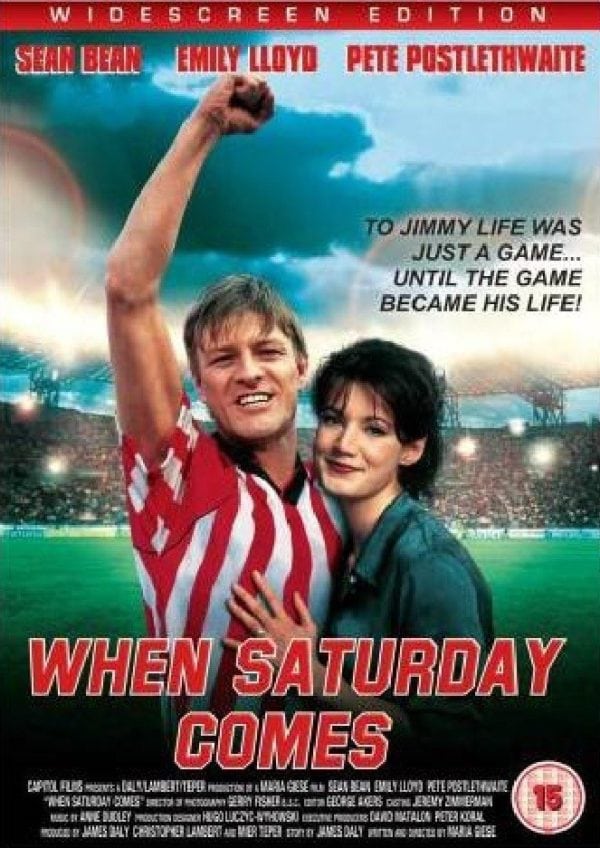 When Saturday Comes is the Rocky of football movies (albeit nowhere near as good), with Sean Bean starring as hard-drinking football nut Jimmy Muir, who gets by playing for his local pub team while grafting in a brewery. Scouted by well-known non-league Hallam FC, Jimmy gets a shot at the big-time and the chance to become a local hero when he is offered a trial at Sheffield United (Bean’s own club), only to put his chance at risk by hitting the bottle the night before. At least George Best waited until he made it. 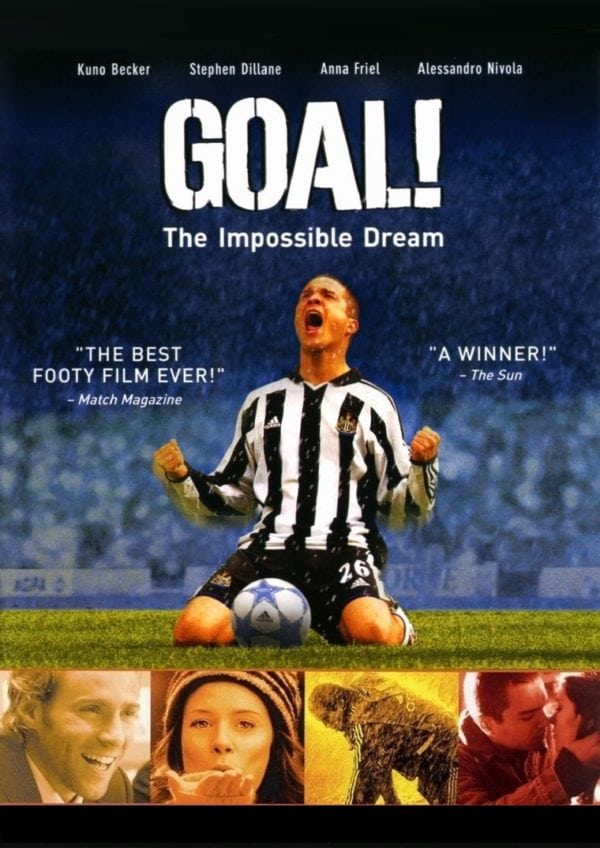 The first in a trilogy centred on fictional South American playmaker Santiago Muñez (Kuno Becker), Goal! sees the youngster make his way from poverty as an illegal alien in Los Angeles to the heights of the English Premier League when he is snapped up by a scout for Newcastle United. Featuring cameos from world stars such as Beckham, Zidane, Raúl and of course the legendary Alan Shearer, Goal! benefits from full FIFA cooperation and the use of actual match footage and real players helps add to the overall authenticity. Certainly one of the more enjoyable football movies out there, if somewhat over-the-top. 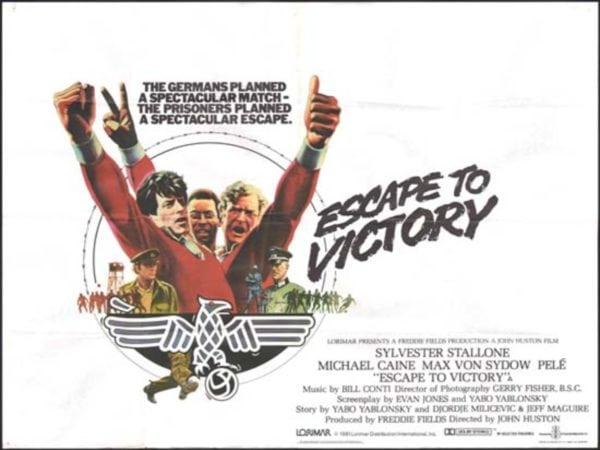 Set in a German P.O.W. camp during WWII, Escape to Victory (or simply Victory to our American cousins) sees Michael Caine lead a team of prisoners in an exhibition match against the Germans as part of a Nazi propaganda stunt. Fortunately the Allies can rely on the likes of World Cup winners Bobby Moore, Pelé and Ossie Ardiles – in addition to renowned goalkeeper Sylvester Stallone – to give old Jerry a right good pasting and escape to victory (or, at the very least a draw). The film also features members of Ipswich’s UEFA Cup-winning squad including John Wark and Russell Osman, along with the likes of Mike Summerbee, Kazimierz Deyna and Paul van Himst. 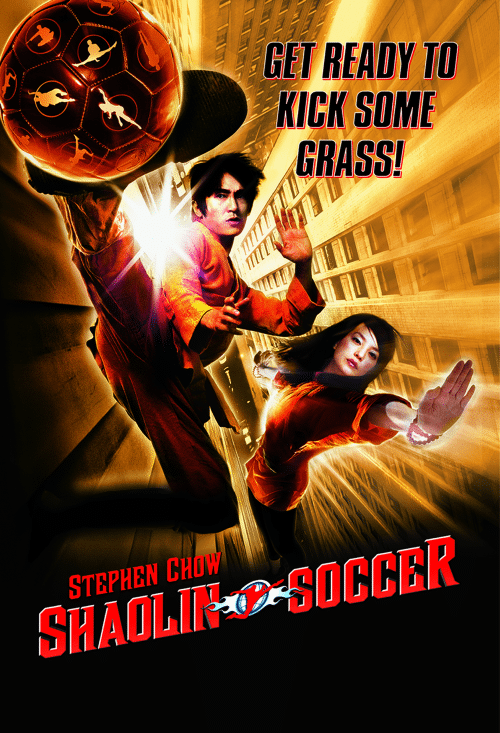 Stephen Chow brings his insanely frenetic style to the beautiful game in this unique Hong Kong comedy about a group of Shaolin monks who set out to promote their brand of kung fu by establishing a professional football team. Using their superhuman skills, Team Shaolin – led by captain Sing (Chow) – take the league by storm only to meet their match in the China Super Cup when they must face off against the chemically-enhanced Team Evil, managed by Sing’s arch-nemesis and shamed former star Fung (Chow veteran Ng Man Tat). Chow’s international breakthrough, Shaolin Soccer is hugely entertaining from start to finish with plenty of humour, top-notch special effects and crazy kung fu-inspired footballing action. 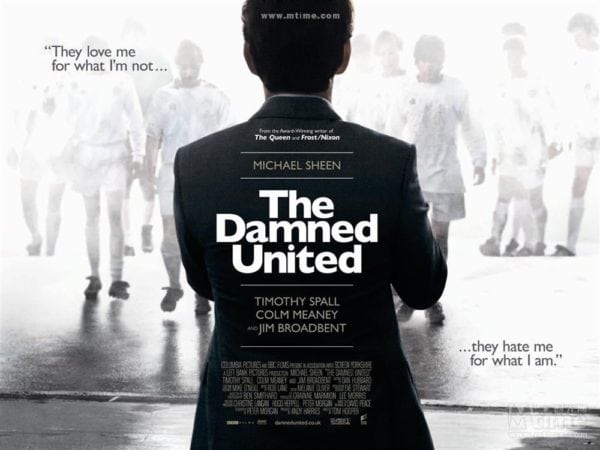 Adapted from David Peace’s 2006 novel, The Damned United stars biopic regular Michael Sheen as the legendary Brian Clough – described by many as ‘the best manager England never had’ – in a fictionalised account of his troubled 44-day spell as manager of Leeds United in 1974. Sheen is superb as the straight-talking and belligerent Clough, whose obsession and rivalry with fellow manager Don Revie (Colm Meaney) threatens to destroy his growing reputation and friendship with longtime assistant Peter Taylor (Timothy Spall). Despite criticism towards its inaccuracies, The Damned United is a fantastic film that provides an authentic look at the football culture of the 1970s, and is my choice for the essential football movie.

Agree? Disagree? We’d love to hear your comments on the list… and of course, your predictions for the World Cup.