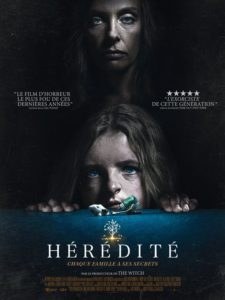 When Ellen, the matriarch of the Graham family, passes away, her daughter’s family begins to unravel cryptic and increasingly terrifying secrets about their ancestry. The more they discover, the more they find themselves trying to outrun the sinister fate they seem to have inherited. 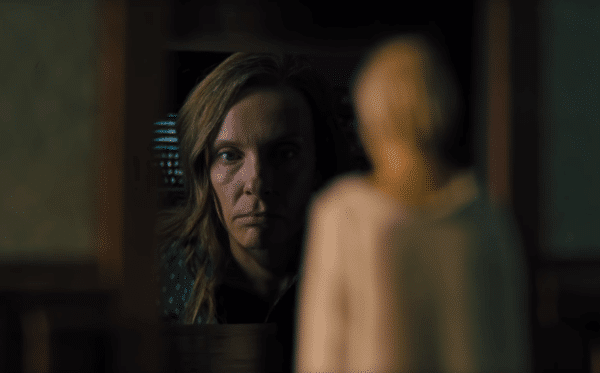 Are events more tragic or less tragic depending on if those involved had a choice in the situation or not? It’s a question posed by a high school teacher early on during Hereditary (the debut film from Ari Aster, which has generated 100% deserved nuclear hot buzz from this past Sundance film festival) and one of the many lingering thoughts that I personally had following the closing moments. Truthfully, that presented idea never left my mind. Whether the characters actually have a choice or not in Hereditary is up for debate, much like many of the extremely dark thematic territory treaded here, as all I know for sure is that this flat-out unsettling, spine-tingling masterpiece is among the upper echelon of horror experiences, arguably the best film of the year so far, and all around unforgettable.

The propulsive force behind all of this insanity doesn’t start with the incredible performances from each individual family member, but the script, also written by Aster. This is not a movie I will be divulging much of any plot points (and shame on any critic that actually does spoil key scenes), but there comes a point where the possibility of conducting a séance is explored, which normally would have had my eyes rolling as my brain labeled the characters everything from stupid to easily manipulated, but here I felt the emotional pain. It wasn’t dumb, it was someone desperately trying to reconnect with a loved one, and that’s ultimately why Hereditary masterfully functions as a barn-burning series of terrifying moments; there are real people inside of this supranational story of apparitions and potentially demonic spirits. 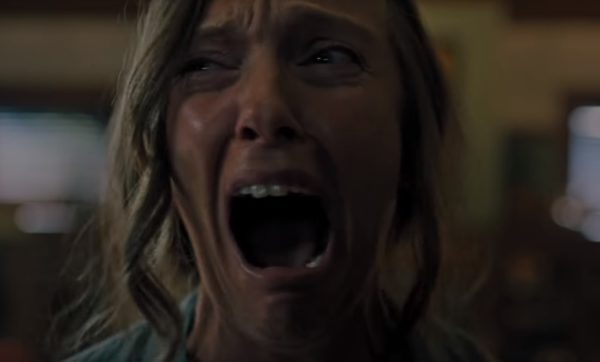 Again, it does wonders that there is no slouch among the actors, although the mother of the family, Annie (played by Toni Collette who is no stranger to ghost stories having earned an Oscar nomination for The Sixth Sense) is the clear-cut standout. Faced with the passing of a mother she was estranged to and never really on good terms with (it was so bad she never let the woman around her firstborn son), Annie sees an apparition that complicates the grieving process and begins a process of complete distraught. It doesn’t help that her 13-year-old daughter asks “who will take care of me when you die?”. And that’s not even the most awkwardly uncomfortable dialogue exchange in the movie. Holy hell, there is some heavy baggage brought to the surface with harsh words thrown at each other; the kind of statements that as a mother or child you hang your head in shame and immediately wish you could take back. Toni Collette has the bulk of these speeches, and there is a horrifying observation to be made (credit to writing buddy Brian Tallerico) that Hereditary could be interpreted as a film about a parent who holds nothing but contempt for her children.

However, the supporting cast members deserve just as much praise. Newcomer Milly Shapiro receives the honor of playing Charlie, the creepiest child to grace a cinema screen since the infamous twins in The Shining; she is clearly disturbed and not right in the head, eliciting unstable mental behavior with literally every facial expression. If you saw this child walking around the neighborhood you would turn around and bolt as far as you could in the opposite direction. She’s also guaranteed to make sure that you throat-punch the next person that makes a popping noise with their mouth. By the way, this is all before she decapitates a dead bird and sticks its head in her pocket. 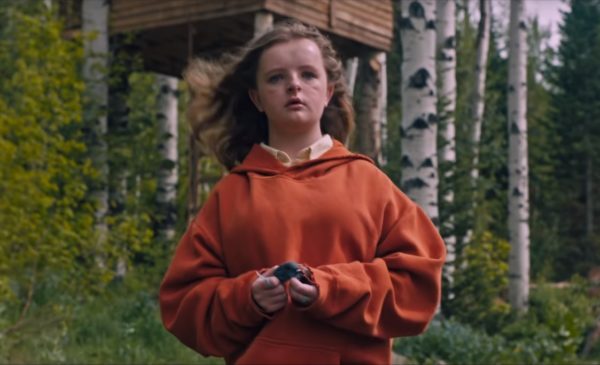 Meanwhile, Alex Wolff gets the play the far more normal child, first seen ogling a classmate’s ass from schoolroom boredom as most high schoolers likely do. Juxtapose this with his final scene in the movie and, well Christ, what a hell of an unwanted journey. There is also a moment of absolute heartbreak that occurs on his watch that devastates his psyche, but whereas most movies would cut right to the next juicy bit Ari Aster sticks with the shell shock, wringing out a nightmarish turn from the actor that only progressively tests the character’s sanity. For reasons I won’t spoil, his casting is spot on, and this is easily the young actor’s strongest work to date. Scenes purely centered on his body language are so painfully expressed and raw, that he should be shipped was Toni Collette for awards consideration. With that said, imagine how dynamite the exchanges they share together are.

Gabriel Byrne plays the household father trying to hold everything together; he’s equal parts hardass but also empathetic and likable considering the distressing dynamic he finds himself in. He too has his moments, especially with Toni Collette as everyone does, but really this is her hellish world and we’re just along for the terror. The cinematography contains a number of tracking shots through the house, swivels around characters during pivotable moments, and also utilizes some effectively creative time-skip/location transitions that illustrate the point of how little sleep this family is getting each night. 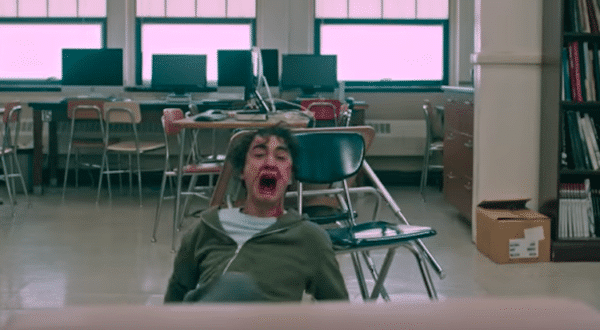 I don’t subscribe to the notion that Hereditary is unlike any horror movie ever made. It’s the opposite; Hereditary takes all of the modern-day clichés that most filmmakers use for garbage jump-scares and the psychological horror found in timeless classics, pouring them into a melting pot resulting in something that is horrifyingly refreshing. It puts into perspective just how many misfires of the past few decades really could have been something special if someone had decided just to write a worthwhile story around the film. There are familiar elements in Hereditary, but you have never seen them executed like this, and when you do numerous haunting images will be forever seared into your mind.