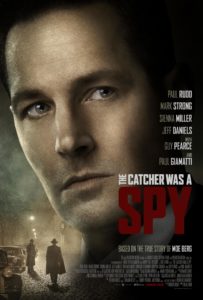 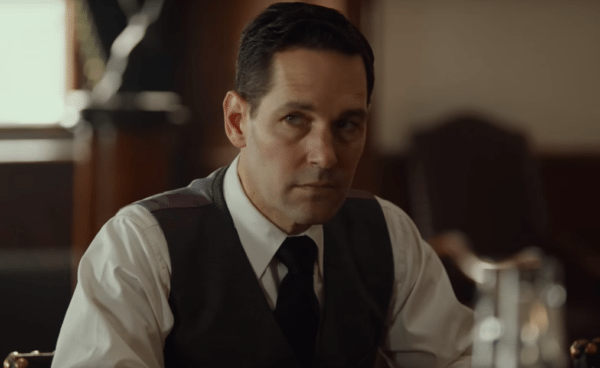 As a lifelong fan of MLB and someone who is always down for a tale of espionage, The Catcher Was a Spy instantly became one of my most anticipated films to be released of the crop that premiered at this year’s Sundance film festival. I didn’t care that the initial reaction was mixed to bordering on negative, especially in this case, as the premise is a tantalizing combination of two things I love. With that said, the spy strikes out, he’s caught stealing second, thrown out at home, robbed of a home run, and allows wild pitches left and right.

Okay, now that all of the baseball puns are out-of-the-way, let’s break down why director Ben Lewin’s (a competent director who also this year helmed the overlooked Please Stand By, a charming story about an autistic teenage Star Trek aficionado starring Dakota Fanning) crack at putting to screen the story of Moe Berg is as lifeless and dull as being at a White Sox game in 2018 (I lied, there are still plenty more baseball puns to come). Scripted by Robert Rodat (he’s worked on masterpieces such as Saving Private Ryan to disasters like Thor: The Dark World) who is adapting Nicholas Dawidoff’s book based on the events and titled The Catcher Was a Spy: The Mysterious Life of Moe Berg, Moe simply doesn’t come across as enigmatic despite the narrative outright telling us the washed-up pro is quirky. The reason is, unfortunately, simple; Paul Rudd is miscast in the role and unable to bring out any mystery in this guy; he speaks different languages, teammates have suspicions that he is a closeted homosexual, he’s reserved, and he has a complicated relationship with his girlfriend played by Sienna Miller in a thankless subplot. That’s all fine, but Rudd is unable to do anything with that material; he’s boring and as wooden as a baseball bat. 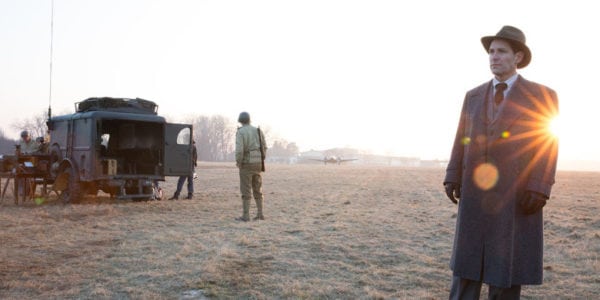 To be fair, the direction he is under also isn’t exactly stellar; after taking some useful photographs while visiting Japan to play some exhibition games, the pictures prove to be useful for Jeff Daniels’ head of the Office of Strategic Services. Briefly following some mundane desk work, Moe is selected to take part in a field operation where he will investigate whether or not German scientist and creator of quantum physics Werner Heisenberg (Mark Strong) is capable of building an atomic bond that would turn the tide of World War II. Opposite of Rudd, Strong is successfully able to elicit a sense of complexity and confusion to Heisenberg; he’s described as only concerned with usurping Albert Einstein as the best and is granted some engaging dialogue exchanges with quite a few characters. There’s a scene ripe with tension where Moe is sitting in on the lecture the brainiac is delivering, concealing a firearm, where he is ordered to shoot if any of the teachings even remotely suggest he is assisting the Nazis to develop unprecedented weapons, and truthfully, it’s more of what The Catcher Was a Spy needed.

Aside from not flowing very well into its multiple parts, the movie also has an action sequence in Italy that is entirely free from urgency, danger, and somehow excitement. Now, I’m aware Rodat only wrote Saving Private Ryan and that there is only one Steven Spielberg, but this is just extended, superfluous, gunfire where characters ever so slowly progress through the already destroyed battlefield and torn apart architecture as if it’s the latest generic Call of Duty campaign. The only saving grace of the segment is a clever bit where Moe is forced to take advantage of his sportsmanlike athleticism and sprint through areas like he’s stealing bases to gain the upper hand. 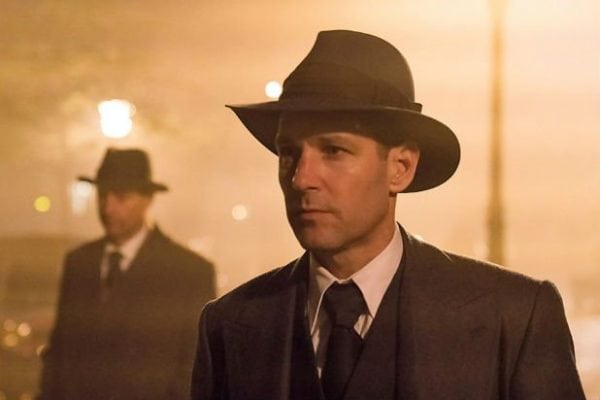 Bluntly put, long before the credits roll it is apparent that The Catcher Was a Spy is a stranger than fiction story mishandled. Characters are introduced only to have no effect on the story, Paul Rudd is the wrong choice, and there isn’t enough espionage or intrigue. Instead of a sweet line drive, this is a foul ball. However, it is enjoyable as a cliff notes style history lesson that will no doubt prompt more research that is far more rewarding. Moe had to have plenty of idiosyncratic qualities to go from major leaguer to spy, and there is the sense that they are there but not fully realized, leaving us with a poorly executed take on what should be a fascinating rendition of a real-life oddball.