If you enjoy gaming on Android devices but find the screens and controls too small and fiddly then videogame merchandise retailer Merchoid may have the perfect item for you.  Titled the SEGA: Mega Drive/Genesis Android Smartphone Controller, this officially licensed SEGA device will make gaming on Android much easier.  The controller is available to order now with shipment dates set for August. 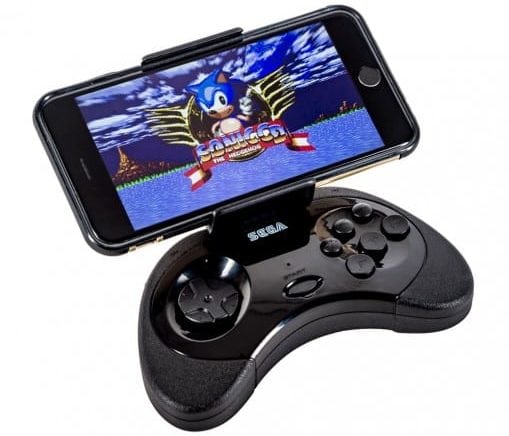 Despite it being called SEGA: Mega Drive/Genesis the device is based on the ergonomic SEGA Saturn six button controller although it can be used with any Android phone/ tablet to play a huge variety of SEGA games that are available on Google Play where there are plenty of SEGA games available for free.

The controller is Bluetooth offering a truly wireless play and comes with a detachable phone holder making it the perfect item for Android gaming on the go.

If you are a SEGA fan and think this is something you need in your life (and have £32.99 to spare) then visit Merchoid here.