It’s time to rock out in a post apocalypse world as Gameforge and Japanese developer Soleil Ltd. announce the release of their third person shooter RockShot onto Steam Early Access.  This explosive free to play shooter will see players blast, shoot and riff their way to victory.  You can watch the new launch trailer below… 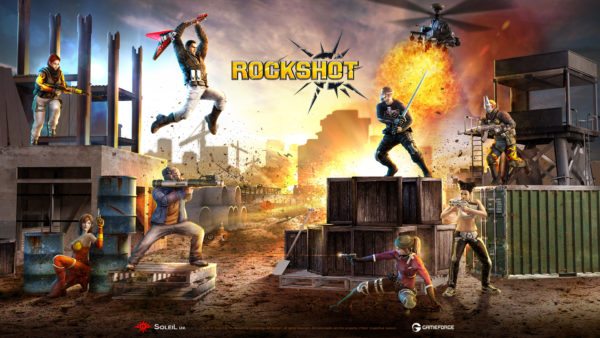 In RockShot the world has been devastated by an orbital collision and gangs of rockers and ruffians fight explosive battles for supremacy.  Players will work together in their gangs to co-ordinate their attacks, take out the enemy and expand their turf.

The game’s Raid mode will see players design and build their own bases and then attempt to defend it against other gangs; alternatively, they can set out to test their mettle against the defences of another player’s base. There’s even an easy to learn base editor that will enable bases to be built quickly and efficiently.  A huge amount of weapons at the player’s disposal, from standard issue firearms and machine guns to wild melee weapons like katanas and even electric guitars. If that wasn’t enough variety there are also airstrikes that can be called in.

As well as the raid mode RockShot also features various PvP and PvE game modes such as Team Deathmatch and Free 4 All.  There will also be crazy modes that will rotate every few weeks with the first of these being a timed event called Chimera-Mode and will have layers uniting to survive an invasion of mutants.