Today, World of Tanks Console sees the biggest and most significant change to date as World of Tanks: Mercenaries blasts its way onto the game to deliver an epic story campaign set in an alternate history where WW2 never ended.  To see more on this epic new update watch the trailer below… 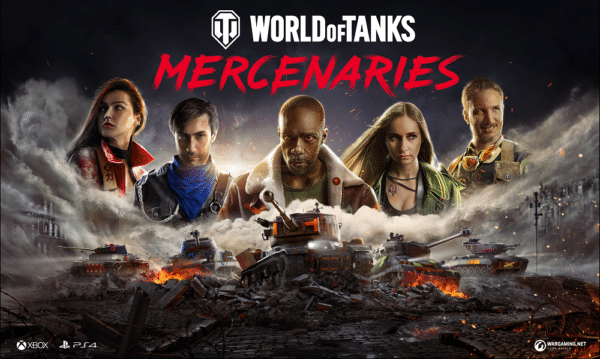 World of Tanks: Mercenaries introduces players to an alternate reality where World War 2 never ended causing the global powers to destabilise and the rise in the formation of a brand new Mercenaries ‘nation’ where soldiers and civilians will no longer fight for a flag but for their own fortune.

The Mercenaries nation will have its own tech tree of never before seen vehicles that combine the strengths of the tanks of other nations.  Five vehicles will be available at launch but this will rapidly expand over the coming weeks and months.

To introduce players to this alternate reality, developers Wargaming have created a new PvE story campaign called The Heist, an action packed story of espionage that will have players taking on a contract to attack a secret war facility to steal nuclear material.

As well as the brand new campaign, the update will also add revamps of fan favorite multiplayer PvP battle maps to give them a Mercenaries theme.

Make your mark on this alternate history with World of Tanks: Mercenaries now.