It’s time to take on the might of the Nazi air force as THQ Nordic and developer Handygames announce the release of Aces of the Luftwaffe – Squadron on Xbox One, Playstation 4, Nintendo Switch and PC.  This vertical scrolling shoot ’em up will have players shooting waves of Nazi planes, Zeppelins and even flying saucers.  You can see more of the Nazi shooting action in the trailer below… 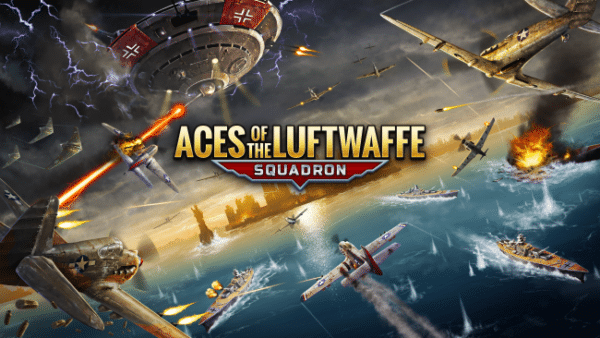 This crazy bullet hell shmup will see players defend New York by dodging bullets, collecting massive power ups and using special abilities to defeat the 3rd Reich.  Each member of the squadron can level up throughout the game and upgrade their personal skill tree.  Those taking on the might of the Luftwaffe can go solo or join 3 other friends for some explosive 4 player couch co-op enjoyment.

Aces of the Luftwaffe – Squadron features:

Aces of the Luftwaffe – Squadron is available now on PC and consoles.