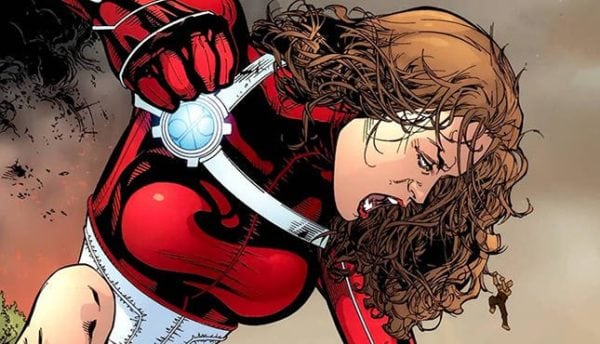 Back in February of this year it was announced that April Bowlby (Drop Dead Diva) had been cast as Rita Farr, a.k.a. Elasti-Girl / Elasti-Woman, in the live-action Teen Titans series Titans, and now comes word from Deadline that she is also officially on board to return to the role for the spin-off Doom Patrol.

This is the first piece of official casting news we’ve had for Doom Patrol, and at this point it’s still unclear whether Bowlby’s Titans co-stars – Bruno Bichir (The Chief), Jake Michaels (Robotman) and Dwain Murphy (Negative Man) – are set to return for the series. While it seems to make sense to keep the same cast, an unconfirmed rumour surfaced last month suggesting that Kelsey Grammer (Frasier) is wanted for the role of The Chief.