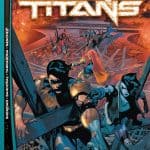 DC’s Future State event continues next week with the release of several titles, and first up we have a sneak peek at Future State: Teen Titans #1 with the official preview… When the original New Teen Titans formed a school to mentor and train young heroes, they wanted to help save the world. Years later, […] 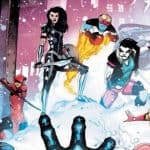 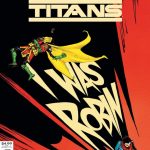 This Tuesday sees the release of Teen Titans Annual #2, and we have a preview of the issue for you here; check it out… After Batman discovers the Teen Titans’ most shocking secrets, he arrives at Mercy Hall…and he wants a word with Robin. Don’t miss the confrontation between father and son that will alter […] 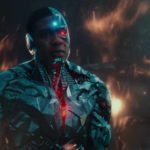 Had the stars aligned and everything went according to plan, last weekend would have seen the release of Warner Bros. and DC Films’ Cyborg solo movie – although as we know, it didn’t quite work out that way, and the future of Ray Fisher’s Victor Stone remains up in the air following the DC Extended […] 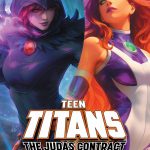 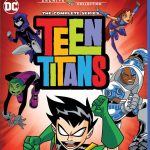 Warner Archive has announced the upcoming release of Teen Titans: The Complete Series, collecting all four seasons of the beloved series along with the feature film Teen Titans: Trouble in Tokyo. SUPPORT FLICKERING MYTH: Order via Amazon US or Amazon UK It’s a full plate of crime-fighting and chaos in this 6-disc collection chronicling all […] 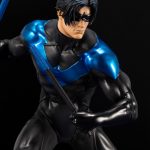 Sideshow has unveiled the 1:6 scale ARTFX Nightwing statue from Kotobukiya’s Teen Titans series. The DC collectible is available to pre-order now, priced at $140.00; check it out here… SUPPORT FLICKERING MYTH: Order via Sideshow Collectibles Sideshow and Kotobukiya present Teen Titans’ hero Nightwing! The Nightwing 1:6 Scale ARTFX Statue is the first in the Teen […] 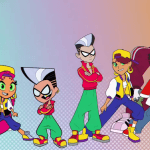 Having been teased at the end of Teen Titans Go! to the Movies, the animated crossover feature Teen Titans Go! vs. Teen Titans arrives on digital this week, and you can check out a newly-released clip from the movie below, which sees the two teams putting their aesthetic differences aside to come together and perform a […] 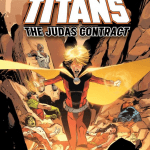 DC Comics has announced that December’s Tales from the Dark Multiverse offering is set to reimagine one of the most renowned stories in comic book history, Teen Titans: The Judas Contract, with a prestige one-shot from writers Kyle Higgins and Mat Groom and artist Tom Raney. In this shocking tale, Terra’s betrayal starts not with […] 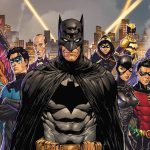 Eammon Jacobs on the Bat-Family… Batman and Robin; the dynamic duo. When Dick Grayson was a created as a way of getting younger children to read Detective Comics in 1940, Batman creators Bill Finger and Bob Kane had no idea the legacy they had spawned; it was one that would rival the world’s greatest detective […]