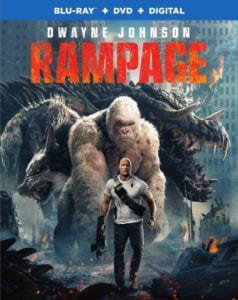 When three different animals become infected with a dangerous pathogen, a primatologist and a geneticist team up to stop them from destroying Chicago. 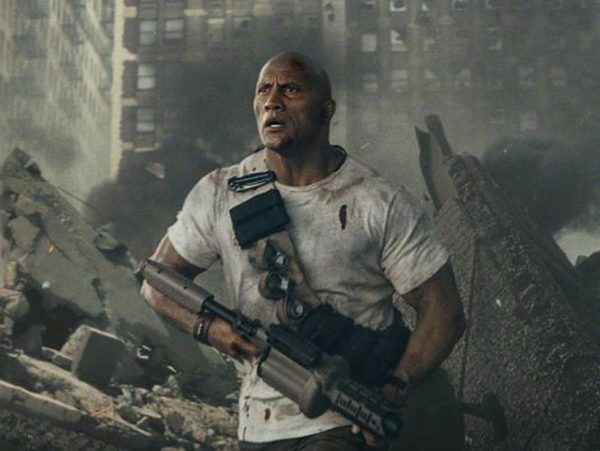 Dwayne ‘The Rock’ Johnson’s star power has risen tremendously over the years, but his charisma and commitment to a film doesn’t always save a movie no matter how fun the premise might be. That’s the case with Rampage, the latest video game adaptation that sees Johnson as a former Special Forces soldier turned primatologist who looks after an albino gorilla named George. When George and two other animals are infected with an experimental mutagen, they go on a rampage across the country and wreak havoc in Chicago, where it’s up to Johnson’s Okoye to stop the rampaging animals.

Rampage is far from a great movie as it delivers heaps of cheesiness in its proceedings. However, despite its suspension of disbelief and drive to be entertaining, it is largely devoid of the fun its offering. There is a lot about this film that is over-the-top and drags the film’s enjoyment level down, from the acting to the dialogue to the fights themselves. The film at least knows what it is and doesn’t try to rise above a monster smackdown, but its entertainment factor is hampered by several aspects.

The best thing about Rampage is Johnson himself. He brings his natural charisma to the character of Davis Okoye and delivers a performance that balances the dramatic weight he carries with the more comedic elements, such as his back and forth jokes with George. Of all the cast, he’s the best one and doesn’t chew up the scenery with a lot of ham. However, there’s little to distinguish this role from Johnson’s others; you could probably place any character he’s recently played in Rampage and wouldn’t be able to tell a difference.

The rest of the cast unfortunately doesn’t match up to Johnson’s charisma. Jeffrey Dean Morgan chews up a lot of scenery as agent Russell with a thick Southern drawl and some funny sayings and mannerisms, almost coming off as a nice Negan. Naomi Harris plays most of the film straight as Kate, a geneticist who helped design the pathogens that transformed George and the other animals, and mostly has good chemistry with Johnson. Meanwhile, Malin Akerman tries to play it straight too as the film’s villain Claire Caldwell, but just comes off as over-the-top evil with some very silly dialogue while Jake Lacy plays her dim-witted brother. 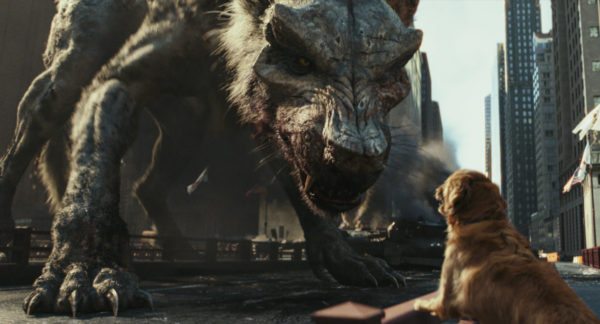 The big draw of the film is, of course, the absolute destruction and fighting the monsters bring. George, Ralph (the wolf) and Lizzy (the alligator) deliver mass amounts of damage and chaos throughout the film. There are some entertaining set pieces to the action, such as Ralph’s hunting of Joe Manganiello’s mercenary team in the woods, but the third act is devoted entirely to the monster’s rampage through Chicago. Some of it is fun to watch, with most of it being well shot, but throughout the third act the film doesn’t focus quite enough on monster mayhem, instead sticking with Johnson and Harris as they search for a cure to George’s aggressive mutation. The fights with and between the monsters also lack a bit of originality that doesn’t offer anything we haven’t seen from previous monster films before. There’s a couple cool moments where the wolf flies and Lizzy is in the film much longer than trailers showed, but the fights aren’t quite anything new.

The CGI is also a little iffy throughout much of the film, but most especially in the third act. It’s clear at several points that Johnson is just standing against a green screen or that George isn’t really there when he or Johnson overlap with each other. The same can be said for the other two monsters, Ralph in particular, as they don’t look real enough against some of the practical sets and actors. However, that is one area the film does deserve some credit as there’s much more practical sets and stunts than you’d be led to believe. The film’s finale setting is fairly detailed in its debris and how much Johnson interacts with it.

The most impressive thing about the blu-ray is the collection of special features. Each one lasts around 10 minutes if not slightly more and goes fairly in-depth into the production process. Anyone interested in how films like Rampage are made will get a kick out of the features. They are:

Rampage: Actors in Action – You get to see how Johnson and the cast prepared for these roles and the stunts. There’s some extensive pre-visual work shown against the finalized shots as well as some time discussing how the space opening was made through practical means. It’s a nice and informative video of the work the production team put into the film’s visuals.

Trio of Destruction – George, Ralph and Lizzy are the focus here as the team discuss the challenges in bringing these three monsters to life. There’s a fair bit of insight from WETA Digital on how they created the monsters and tried to make them unique not only to each other, but to other monsters as well. There’s even some discussion of how the film actually researched CRISPR, the real-life gene-editing technology, and the logic behind the evolution of the monsters size and abilities.

Attack on Chicago – This 10-minute feature focuses on the third act of the film and why they chose Chicago to set the finale. There’s some impressive work here as the production team actually scoured the city’s landmarks and popular sites, recreating them either digitally or practically in sets to bring a sense of the city’s actual geography to the film. There’s also a cool bit where they discuss utilizing two helicopters for stunts and filming throughout the finale. 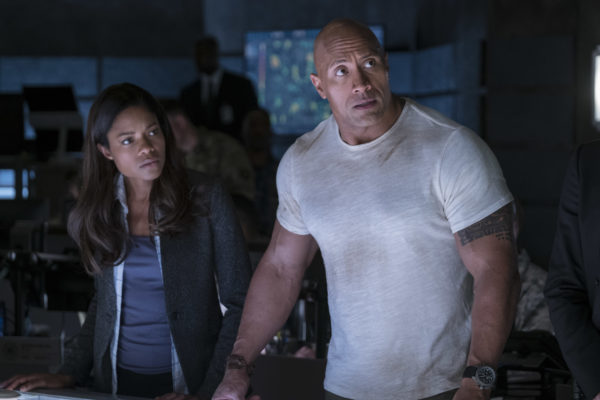 Bringing George to Life – With motion-capture technology having become so advanced, the Rampage team wanted to use it as best they could for the film. The feature focuses on how Jason Liles, the actor who played George, on how he studied the mannerisms and gorillas and worked with mo-cap and stunt performer Terry Notary, who worked extensively on the Planet of the Apes reboots, to make George feel like a real character.

Not Just A Game Anymore – Since Rampage is based off a popular 80s arcade, this 6-minute feature talks about the impact of the game the production crew felt it had and how they were fans of it. It goes into the challenges of adapting video games and making a story for a film where the video game barely had one as you played monsters bent on destruction.

Deleted Scenes – There is 10-minutes worth of deleted or extended scenes, a couple of them being repeats of each other with minor tweaks. It’s easy to see why these were deleted as they don’t add much to the film, though there’s one that gives a tiny bit more motivation to Akerman’s villain. Curiously, there is a deleted scene starring Lonely Island’s Jorma Taccone and Alexandra Daddario in what would’ve been a hook for a potential sequel.

Gag Reel – A typical 3 minute gag reel showing the actors flubbing their lines or other mistakes.

Overall, Rampage is not a great movie and its only slightly entertaining with its action set pieces. Johnson’s charisma carries the film only so far with the action lacking some originality and excitement and the effects not quite being up to the same level as other monster films. The best thing about the Blu-ray is the in-depth features for the film and how much work went into the practical stunts and sets, Liles’ work getting into character as George and recreating Chicago. Those who are interested in behind-the-scenes looks should really enjoy these features, but the movie itself just doesn’t succeed.