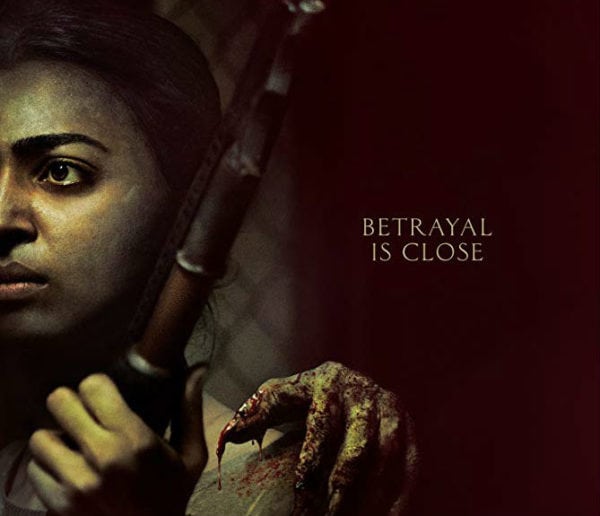 Currently riding high with yet another low-budget/big box-office success on their hands in The First Purge (read our ★★ review here), Blumhouse are now insidiously creeping into the world of streaming television with Ghoul. The 3-part series is being dropped on Netflix, and the spooky new trailer can be watched here…

Written and directed by Patrick Graham (Phir Se), Ghoul takes place at a military detention centre, where a highly skilled interrogator (Radhika Apte) must face what appear to be literal demons, as well as emotional ones, when a disturbed prisoner is transferred to the facility.

Ghoul was produced in partnership with Ivanhoe, Phantom Films and Blumhouse, and will be available to stream from August 24th.