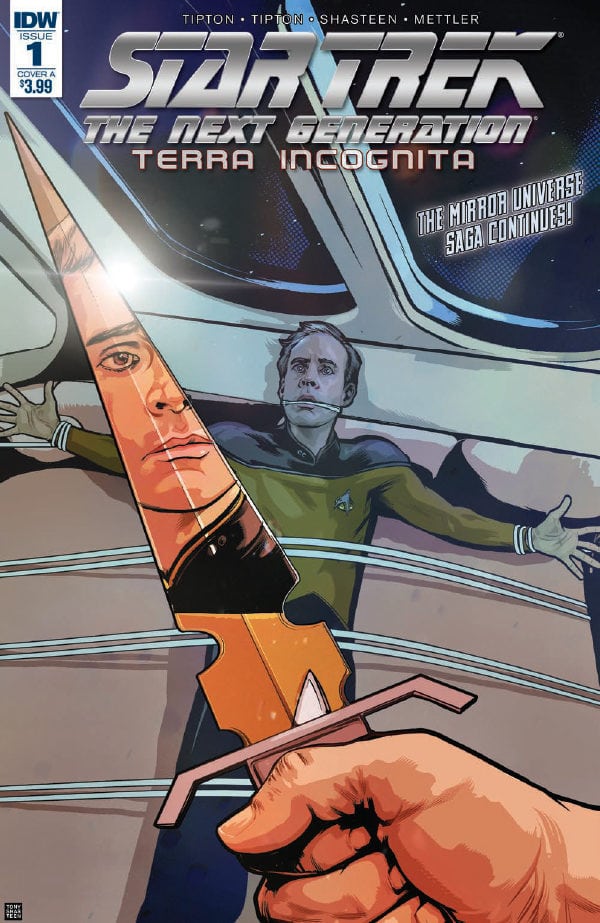 SEE ALSO: Check out the preview for Terra Incognita #1 here

Back in May, IDW Publishing’s Star Trek: TNG “Through the Mirror” wrapped up with Scott & David Tipton leaving a nacelle in the door for a follow-up story to easily appear in the Trekverse at a later date.  Little did we know that it would only be a mere two months later when we would see said ‘follow-up’ on the shelves of our favourite comic book stores.  Titled Terra Incognita our story continues immediately after the closing panels of Through the Mirror, but don’t worry if you missed any of that series, for Evil Mirror Reg Barclay provides a quick recap of the happenings to a bound Prime Reg in the opening pages.

With Mirror Reg taking on the duties of an unconscious, bound and bruised Prime Reg he goes about the Enterprise attempting to improve the standing of Reginald Barclay, however before this can begin he needs to complete menial tasks including feeding Spot.  His moment soon arises to show off his engineering skills however when the USS Hood, under the command of Captain DeSoto, requests help from the Enterprise due to its failing warp drive. This engine issue couldn’t have come at a worse time as the Hood was on an highly sensitive mission, escorting a number of diplomats (largely Vulcan) to the Vulcan-led peace talks between the Federation and the Cardassians.

With Geordi and the Engineering Away Team aboard the Hood, attempting to find what is causing the mysterious fault, Deanna is in Ten-Forward with Riker and she’s just discovered the fragile situation in which the Federation now stands since the Borg attack at Wolf 359.

Over on the Hood, with his words not having any impact or impressing his fellow crewmates, Mirror Reg decides that actions speak louder.

With Star Trek: TNG “Through the Mirror”, the opening series leading to Terra Incognita, I was (in truth) not overly impressed come its close; if anything I was rather frustrated by it.  However, with Terra Incognita and its opening issue my feelings couldn’t be any further from the closing pages of Through the Mirror if they tried. 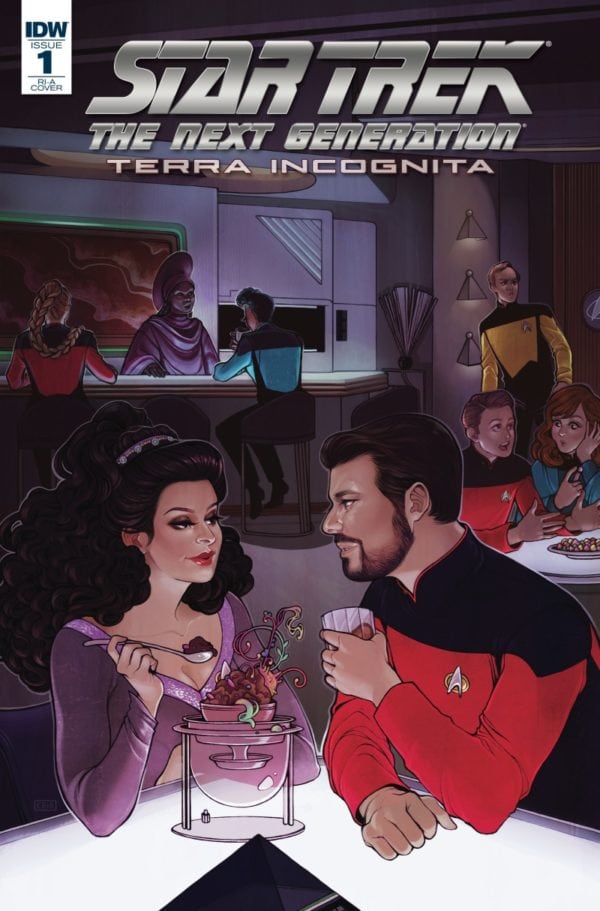 Granted,the idea of Prime Reg being permanently bound, gagged and occasionally slapped pushes the envelope of believable (just how strong is Reg’s bladder?), but this story from the brothers Tipton is working already.  Not only that, but they’re fleshing it out rather well too.  Instead of us having to accept a default stardate we can roughly workout when all of this is taking place. This, along with a sniff of mystery, is all given to us in issue #1.

It’s also great to see Tony Shasteen back on art duties. I’ve missed his work over the past few months and he along with JD Mettler’s palette looks great between these covers.  On top of that we have two splendid alternative covers, one from Elizabeth Beals and the other from J.K. Woodward. 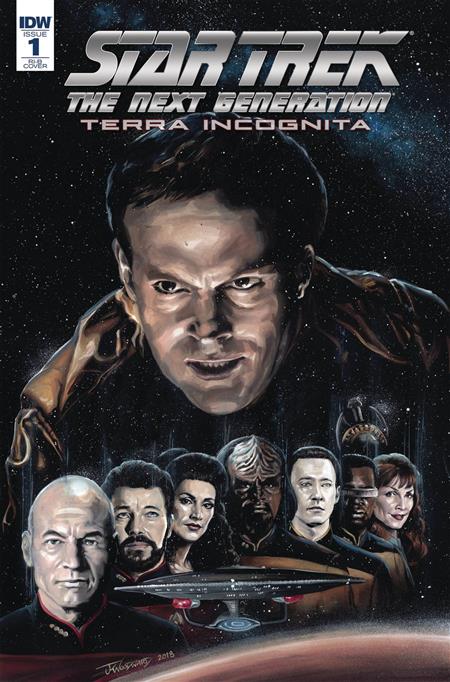 Star Trek: The Next Generation: Terra Incognita #1 is just excellent.  I’ll be utterly honest when I say my hopes weren’t high when I read the synopsis for this, but here I am at the end of issue #1 desperately wanting the second.