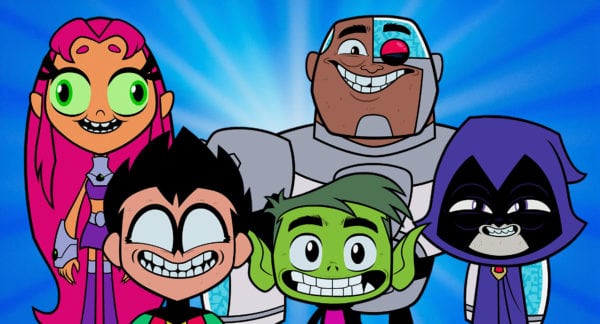 Jared Faber is the composer, music producer and songwriter of the upcoming animated movie, Teen Titans Go! To the Movies. The film, which is based on the television show Teen Titans Go! features five beloved DC superheroes, led by Robin (Batman’s sidekick), who dream of getting their very own Hollywood blockbuster and will go to great lengths to prove they are deserving of being on the big screen.  Other projects Jared has scored and produced songs for include ABC’s Splitting Up Together, and The Wedding Ringer, starring Kevin Hart and Josh Gad.  Flickering Myth’s Tai Freligh recently caught up with him to chat about his new films and ask some fun speed round questions. 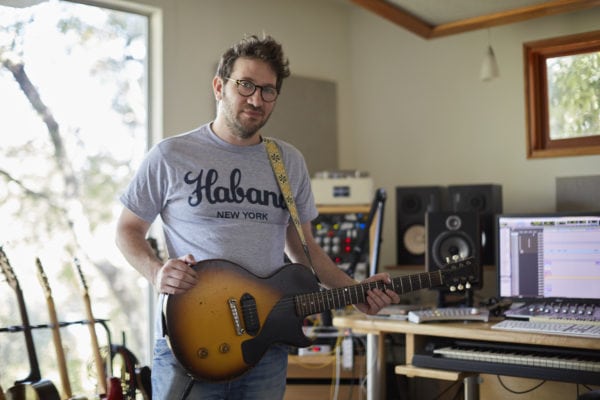 You composed both score and songs for the Teen Titans Go! movie. How did that come about and why is it so unique?

It seems that most film/TV composers don’t necessarily write songs as well. It certainly isn’t the same skill and some people prefer to do one over the other. For me, composing both songs and score is not all that unique. I’ve had the opportunity to do that quite a bit through the years. I always try to keep one foot planted in the song writing/record producing world and people I work with on shows and movies seem know that. I really love doing both! On Titans, I started out being brought in for the show to write songs. That lead to doing the songs for the movie. Getting to write the score required creating a demo and really proving to the producers that I could score an epic super hero movie.

What was your approach to doing the score for TTG?

It started out with conversations with the director and producers about tone. We had discussed having a somewhat synthy and beat driven score, but when it really came down to it, the movie required quite a bit of orchestral music as well. In the end, the overall sonic vibe is synth mixed with orchestra and beats. 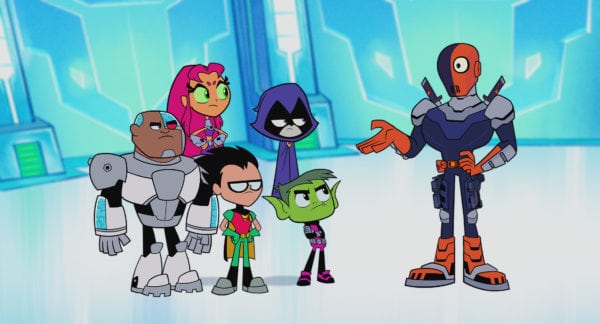 Do the individual characters have their own themes/musical elements and if so, what are they?

Our bad guy Slade has a theme. That was one of the first things I composed when we began. We also dip into the Titans theme borrowed from the show’s theme song from time to time.

You’ve done a lot of animated work. How did you get into that arena?

When I first got out of college I got a job writing music for video games “CD-ROM Games”. Back then I did an animated Pink Panther game and others. Starting back then, I composed score and songs. In fact, we released a soundtrack. I worked in-house at this start up with a bunch of other young and talented people. There was an animation team, programmers and I was the only music guy. It was really a bit of a fluke, but that got me started in animation. Soon after that a friend of mine introduced me to Amy Friedman at Nickelodeon. Amy was running a small division called the Creative Lab and she gave me some opportunities to do my first TV music. Soon after that Emily Kapnek got her first show made which was As Told by Ginger and she brought me in to be the composer- and essentially handed me a career. 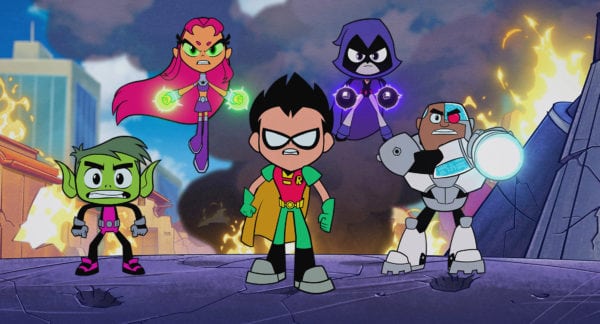 I think the main difference between TV and film is, in film you tend to have more time to develop an idea. In TV, every episode has to be fairly tight and tends to be dense with dialogue. You’re less likely to have a montage or a long establishing shot to score. TV music is sometimes a collection of 2-4 bar segments. In a perfect world, film also allows for an even higher production value as far as recording, live instruments and sonic quality…but that’s certainly not always the case. All of that said, I find them largely similar. You’re telling a story and the music is there to help tell that story.

Early on you did music for animated video games. Would you consider doing that now?

I would absolutely love to do that now.

For The Wedding Ringer you put the on-camera bands together and worked with the actors pre-recording the music. What was that process like?

It was a blast! It was Jeremy Garelick’s first film as a director but he was super on point and knew exactly what he doing. I got to work with the hilarious “Roast Master General” Jeff Ross. Jeff came to my studio to record and we had a great time. I did some orchestra recording for one of the songs, which is always a treat. Then, having composed or arranged all the live music, I was on set for a few days with the bands I put together for the on camera stuff. I think the dance sequence with Josh Gad and Kevin Hart is one of the classic moments in the film! Glad I could be a part of it. 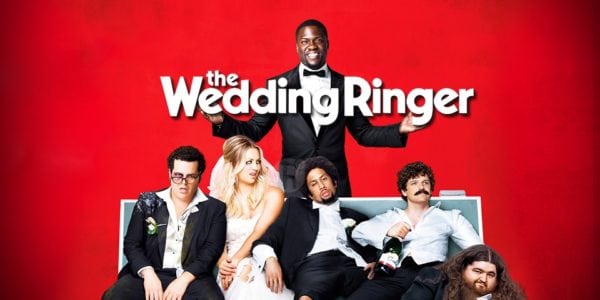 Talk about your experience being the band leader and musical director for the Spike TV Guy’s Choice Awards in 2011.

This was a bucket list gig! The kind of thing I have always wanted to do but never really even talked about because it was sort of outside my general trajectory. Growing up watching David Letterman and SNL, I really thought being in or leading a band like that would be exactly what I’d want to do. Thing is there’s only a handful of these opportunities and I really didn’t pursue playing the way I pursued composing and producing. So, when the opportunity came up to lead a TV house band I was excited to do it. I was pretty sure it wouldn’t actually happen…but somehow it did. It was definitely a career highlight and I’d do it again in a heart-beat!

Did you feel pressure performing for a live show like that?

I was actually felt more pressure on the first day of rehearsal with my band than I felt doing the show. It was a 12 piece band with brass, percussion and singers. I had all these great players who do these types of gigs all the time, guys who have played with some of my favorite musicians…players that I really respect. I was more nervous to play with them and lead the band than I was to play for the audience or on TV.…short answer, yes I did feel the pressure! But there’s always pressure.

Looking forward to a second season of Splitting Up Together for ABC in the fall. I’m currently working on The Epic Tales of Captain Underpants for Netflix with my partner in Under Pants Fred Kron. 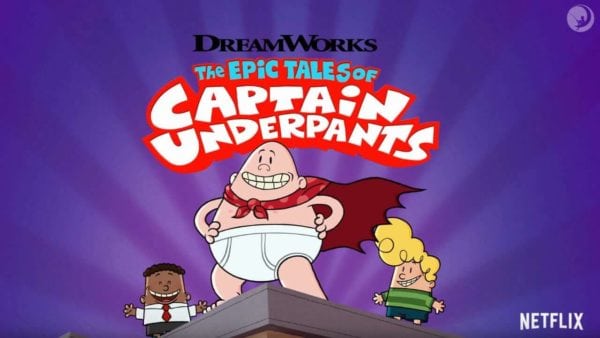 Which do you like better- composing for TV or film?

What do you like doing the most, composing, producing or songwriting?

I find that when I’m working on songs (writing and producing) time just fades away, I miss meals without noticing and I start dancing around the studio when a song starts to come together…but I like scoring too!

If not music, what would you be doing for a career?

Your favourite movie soundtrack and why?

Teen Titans Go! to the Movies Soundtrack!!!! (featuring Michael Bolton, Lil Yachty and the Teen Titans Cast!) You know why! 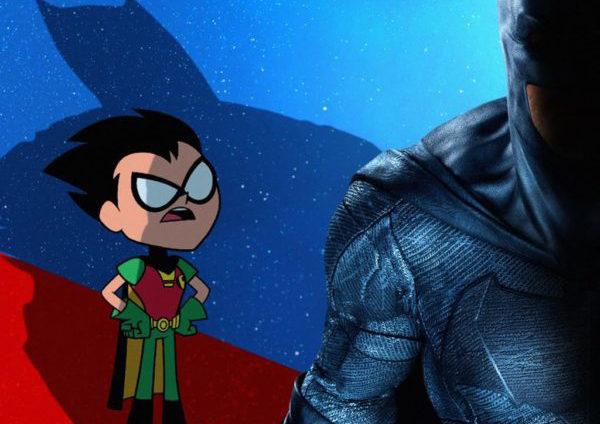 It seems to the Teens that all the major superheroes out there are starring in their own movies—everyone but the Teen Titans, that is! But de facto leader Robin is determined to remedy the situation, and be seen as a star instead of a sidekick. If only they could get the hottest Hollywood film director to notice them.

With a few madcap ideas and a song in their heart, the Teen Titans head to Tinsel Town, certain to pull off their dream. But when the group is radically misdirected by a seriously super villain and his maniacal plan to take over the Earth, things really go awry. The team finds their friendship and their fighting spirit failing, putting the very fate of the Teen Titans themselves on the line!