Warner Bros. Interactive Entertainment and TT Games have revealed the first trailer for the upcoming LEGO DC Super-Villains at the San Diego Comic Con today.  You can check out this new trailer below… 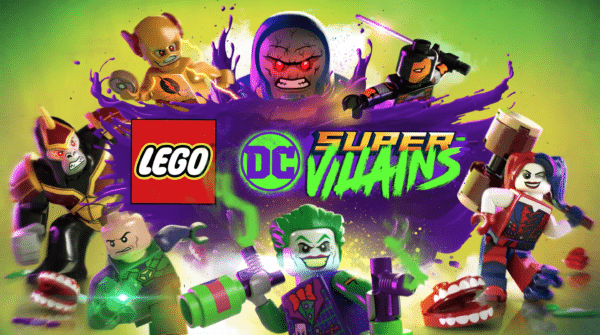 Today’s trailer focuses on the new character creator feature which will allow players to create and play as their own DC Super-Villain character.  This feature is a first for the franchise but will enable players to become the centre of the story as they lead a team of iconic villains through the adventure.

In LEGO DC Super-Villains the Justice League has vanished, leaving the protection of the planet to a group of individuals who claim to be the Justice Syndicate.  Players and their renowned Super Villain allies including The Joker and Harley Quinn will set out to uncover the intentions of this mysterious superhero wannabes with all the action packed humour you can expect from a LEGO game.

If you are heading to the San Diego Comic-Con 2018 there will be a hands-on demo of the game available plus  the team behind LEGO DC Super-Villains, including Arthur Parsons (head of design, TT Games) and Ames Kirshen (VP, Interactive & Animation, DC Entertainment), and voice actors Kevin Conroy (Batman), Tara Strong (Harley Quinn), Julie Nathanson (Silver Banshee) and Fred Tatasciore (Solomon Grundy, Clayface, Black Adam, Killer Croc), will give Comic-Con attendees an inside look at the first LEGO game to put players at the centre of a villain-centric adventure packed with favourite locations and characters from across the DC Universe on Friday, July 20 at 2:15pm in Room 6A.

LEGO DC Super-Villains will arrive on Xbox One, PS4, Switch and PC on 19th October.