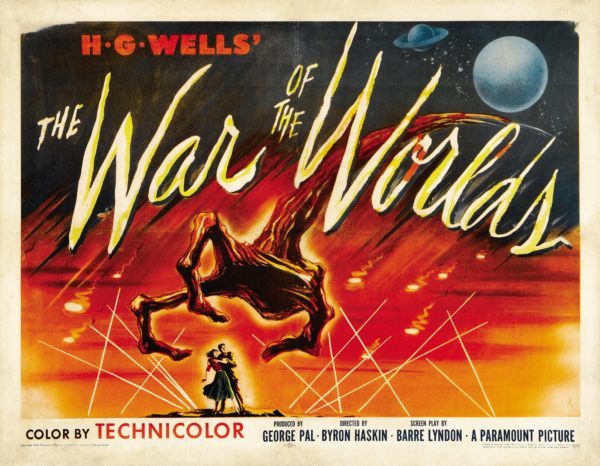 Get ready for another Martian invasion, as THR is reporting that Fox Networks Group Europe & Africa and Canal+ are teaming up for a new contemporary adaptation of H.G. Wells’ classic science fiction tale War of the Worlds.

Written and created by Howard Overman (Misfits, Merlin), the eight-part series sees “astronomers detecting a transmission from another galaxy, giving definitive proof of intelligent extra-terrestrial life. Earth’s population waits for further contact with baited breath, but does not have to wait long. Within days, mankind is all but wiped out, with just pockets of humanity are left in an eerily deserted world. As alien ships appear in the sky, the survivors ask a burning question — who are these attackers and why are they hell-bent on our destruction?”

“In many ways H.G. Wells’ novel is a cautionary tale of racial superiority and ethnic conflict,” said Overman. “It is these themes that I wanted to explore more fully in my modern re-imagining. I look forward to bringing our bold, fresh and relatable version, inspired by this much-loved story to a new audience.”

War of the Worlds is set to go into production in the autumn ahead of a premiere in 2019. Meanwhile, the BBC has its own TV version in the works, starring Rafe Spall (The Big Short) and Eleanor Tomlinson (Jack the Giant Slayer), and you can check out the first look image here.