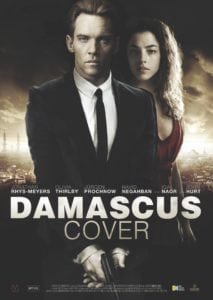 A spy navigates the precarious terrain of love and survival during an undercover mission in Syria. 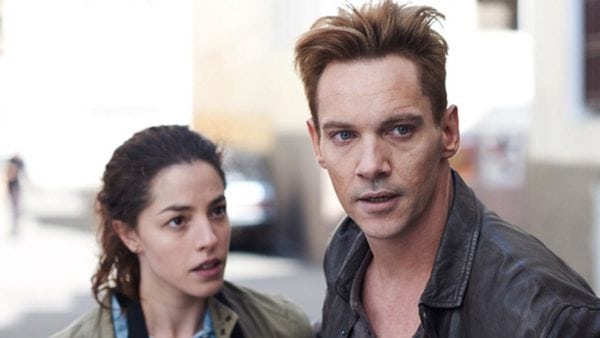 The only thing anyone will remember about Damascus Cover is that it marks the final on-screen appearance of the now deceased tremendous actor John Hurt. Man, what a clunker to go out on, but thankfully, in his case it’s just a minor role. Written and directed by Daniel Zelik Berk and co-writer Samantha Newton, what we have here is standard espionage affair that falls into every genre cliché imaginable, executing none of them with any skill or quality.

It doesn’t do any favors that Jonathan Rhys Myers is either all sorts of wrong for the role or poorly directed. He’s an Israeli undercover with a fake German identity, the Berlin wall has just come down, and despite needing more psychological background checking he’s being thrust into (at his own request and disregard for his own mental health) a mission attempting to rescue a scientist. The problem is that the film wants this character to be a suave James Bond type even if it means forcing Meyers through an unconvincing performance. To my knowledge from quick Internet research, he’s an Irish actor playing an Israeli who is undercover as a German, and the necessary accent is all over the place piling more negatives onto the distractingly bad showing. 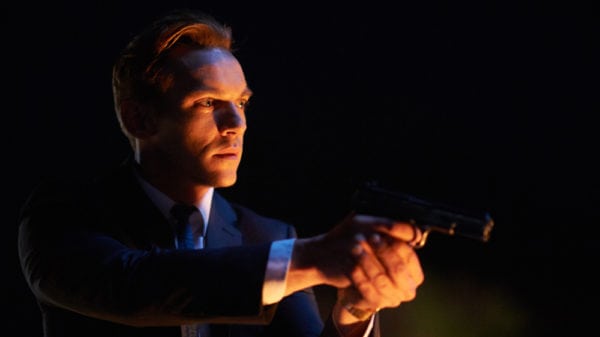 He meets a photographer on his mission (Olivia Thirlby) and before you know it, with no chemistry or believable exchanges at all, the two are in bed together bonding over how their dangerous line of work occasionally has them missing children’s birthday parties and other such nonsense that is tossed into the script to make us care. In Olivia’s defense, she turns in a respectable performance, but there’s only so much she can do with a character reduced to being a one-dimensional love interest. Even when the story is actively trying to prevent them from being together, it’s just impossible to give a damn.

Ari Ben-Sion, given the false name of Hans Hoffman (Jonathan Rhys Myers), finds a way in getting close to his targets by posing himself as being interested in conducting business with a right-wing German infatuated with the Nazis rising once again. This uncomfortable partnership should, in theory, make for some equally uncomfortable conversations, but the script does nothing with it, leaving us with another character that makes no impression. Damascus Cover is more concerned with its limp romance so much that it entirely forgets to be a thriller. 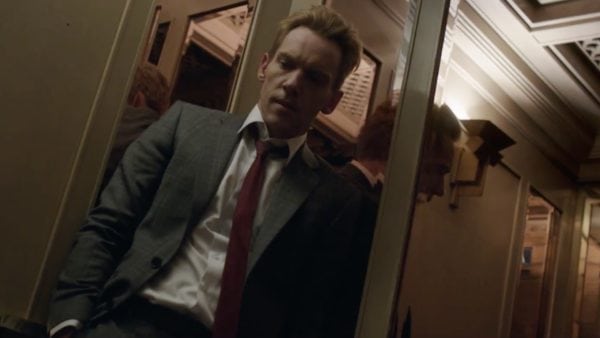 However, even the few beats of action are woefully unimpressive, containing shootouts where individuals lean up against walls to pop out of cover and take shots like this is some third-person perspective video game. Close quarters combat doesn’t fare any better, often coming across as a shaky mess. Uninspired combat might have been forgivable if the narrative was even remotely engaging. As you can probably guess, it is not, and employs quite a few terrible twists that hold the story back more than anything, and of course, also falls into political thriller conventions.

What does stand out is that Daniel Zelik Berk is an Israeli filmmaker, so I’m sure that this project is personal to him in some way, but it doesn’t explore any serious politics enough to be worth even an educational viewing. Damascus Cover is a boring exercise from start to finish; it’s embarrassing how many tropes the movie willingly embraces and does nothing with to make worthwhile. For the most part, the direction itself is competent, but the writing is corny and the story is forgettable the second the credits roll. It may not be one of the flat-out worst movies of the year, but it sure is one of the most dull. The story demands an actor with more charisma than Jonathan Rhys Myers, among many other fixes.