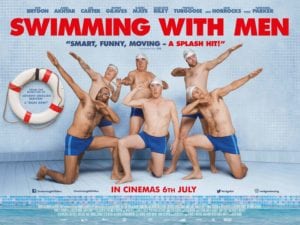 Middle aged accountant Eric has reached a personal crisis.  Wife Heather has eclipsed him in the career stakes and he’s convinced she’s having an affair.  His only escape from misery is his evening visit to the local swimming pool, where he comes across an all-male synchronised swimming team. After he joins them, the group decides to go in for the world championships, so training starts under the determined eyes of coach Suzy – despite all the personal issues the team have to face. 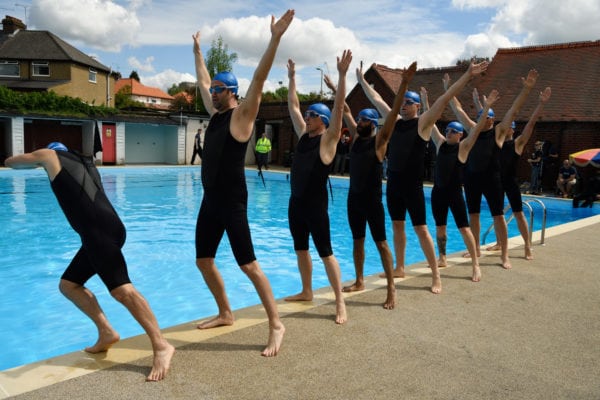 Twenty one years ago, a little British film took the cinema-going world by storm.  The Full Monty followed the fortunes of a group of unemployed Sheffield steelworkers who re-discovered their self-esteem by forming a striptease group.  It won the hearts of critics and audiences alike with its blend of comedy and pathos: it wasn’t just a comedy – there was real tragedy at its heart – but its positive spirit was undimmed, without being schmaltzy.

It’s one of those films you wouldn’t want to see re-made: one held in such affection that even a contemporary imitation would be greeted with less than open arms.  Not that director Oliver Parker has been deterred by that.  He made the most recent film version of Dad’s Army, and much good that did him.  This time he’s given us Swimming With Men, a middle aged, middle class Monty.  With all the flab and angst that implies. 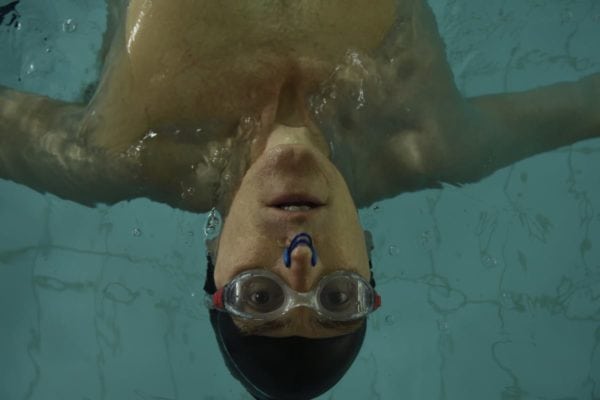 At the centre of it all is men’s synchronised swimming.  Yes, it does exist, and no doubt Parker and his writer, Aschlin Ditta, thought it sounded hilarious when they first came up with the idea.  True, when the sport first emerged, it was treated as laughable and, at the time, it was also seen very much as for women only.  But that was back in the 80s and its laughter value is long gone, regardless of whether it’s men or women wearing the nose clips.  The idea was long out of date before it even hit the page.

And it doesn’t get any better.  The group is mainly middle aged and middle class – Jim Carter, Rupert Graves, Adeel Akhtar and Brydon himself.  The attempt to make them more inclusive with the addition of Daniel Mays as a builder and Thomas Turgoose as a bad lad who’s always one step ahead of the cops rings hollow.  The cliches come thick and fast. When Brydon becomes a member of the group, he discovers that first rule of swim club is that nobody talks about swim club.  And what happens in the pool stays in the pool.  Such a surprise.  Nor are they supposed to bring their personal lives to the swimming sessions but that’s exactly what they do.  There’s Graves with his failed marriage and feelings for Suzy (Charlotte Riley), Carter’s sad past and, of course, Brydon and his personal crisis. 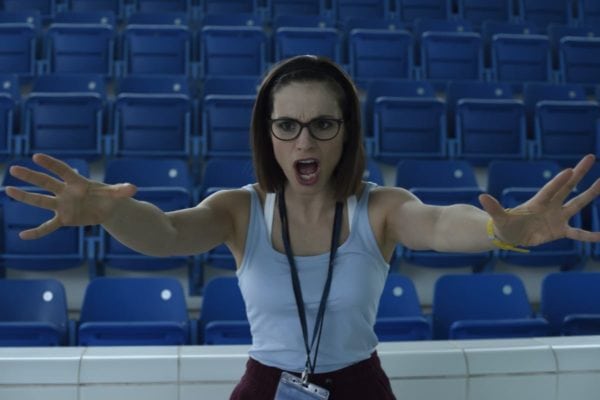 There’s two other members of the group who are, irritatingly, mere shadows.  Silent Bob (Chris Jepson), who does eventually get a handful of words, and New Guy (Ronan Daly) who never speaks at all. Why they’re there – except to make up the numbers so the formations work – remains a complete and utter mystery. It’s certainly not for their comedy value.  They’re symptomatic of a deeper malaise, that all the characters, despite the efforts of a sterling British cast, are no better than 2-D and seriously underdeveloped.

For a film that’s meant to be a comedy, Swimming With Men is pitifully unfunny.  Even Brydon, with all his talents, struggles to raise a smile with what he’s given to work with. We’ve seen it all before and, frankly, we don’t need to see it again.  The watery puns are inevitable, but the film’s poster is half way right.  Synch or swim.  Trouble is, this Pool Monty – for that’s what it is – is a sinker.