Back in the 1990’s, if you sat behind any computer that ran a version of Microsoft Windows you quite possibly became a wee bit bored and found yourself drawn towards the ‘Games’ folder.  Here lurked (if you were lucky) a cluster of excellent little titles, to waste numerous hours on between Mail Merges.  One of these time-sinks was a small soul-destroyer called Minesweeper and thanks to Dr. Beep it’s now making an appearance on the Sinclair ZX81. 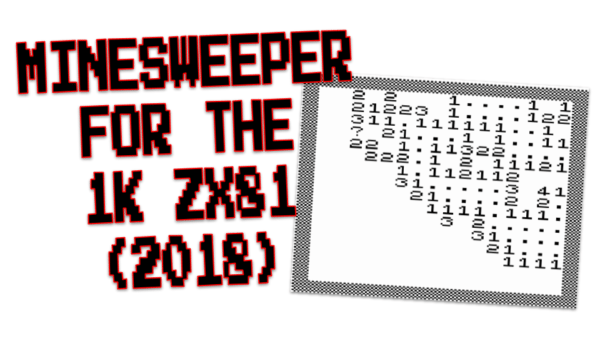 Dr. Beep is already known on the Sinclair ZX81 scene for his wizard-like work, delivering high-resolution games for the 1K ZX81.  Now he has turned his attention to this hair-pulling classic and again he’s setting his boundary at only 1K of memory, in which to fit this entire game into. 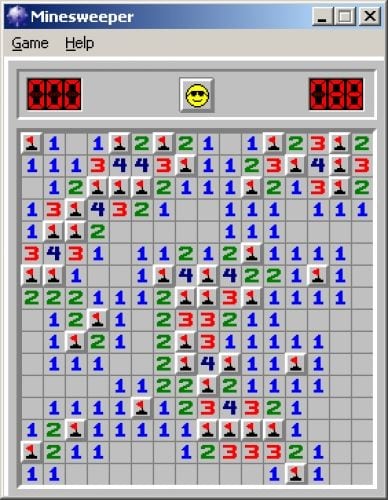 To give you and idea of how small his game actually is – which also contains redefinable keys, scrolling text, flag markers and three levels of difficulty – the image you see below is 165KB big (before any website compression).  So the screengrab taken from the 1K ZX81 Minesweeper game is over 160 times bigger than the actual game.  How’s that for brain scrambling!? 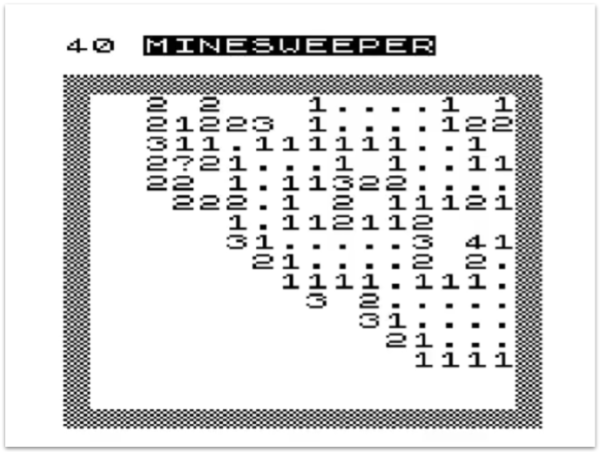 The game itself honours the original release to a tee; granted there’s no mouse to zip across the playing area, but the tension as the blank squares ebb away is still there in spades, it most definitely has playability and its overall appearance is certainly captured well in this highly compact release.  Dr. Beep certainly knows his onions when it comes to the inner-workings of a ZX81.

The only issue with Minesweeper is – in this case – the fool behind the keyboard.  I’m painfully bad at the game and always have been.  Decades ago, I only ever turned to Minesweeper if Solitare and the Klondike Kid were boring me senseless and even then my lesson was learnt within minutes, returning rapidly to stacking cards in order.

If you like Minesweeper (what’s wrong with you!?) and you want to give this a go then Dr. Beep has made this free to download, as he does with all his titles, and you can get it from SinclairZXWorld here.  If you’ve not got a ZX81 and would still like to play it, download the emulator EightyOne – it is both free and highly recommended.