Fortnite’s Season 5 is here and with it comes new locations, an All Terrain Kart, new rewards, huge changes to the shotgun and the appearance of strange anomalies called Rifts.  Epic Games really look to have gone all out for Season 5 by releasing what looks to be the biggest update yet. 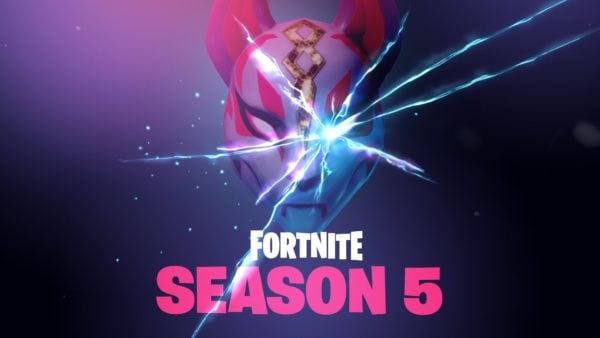 Season 5 brings two new named locations to the map, Lazy Links replaces Anarchy Acres and Paradise Palms which replaces the Moisty Mire plus a huge new Desert Biome now occupies the space where Moisty Mire was found.  As well as these two named locations there can be found several new unnamed POIs to discover.

The addition that everyone will getting palpitations for is the new All Terrain Kart (ATK).  This new vehicle has room for the entire squad and allows rear passengers to help the vehicle take jumps higher.  The ATK will get a speed boost after drifting and its roof also acts as a bounce pad.

Shotguns have also had an overhaul, no longer will pellet spread be completely random and the reticle will indicate how many pellets will hit, and Heavy Shotguns will now fire 10 pellets rather than 5.