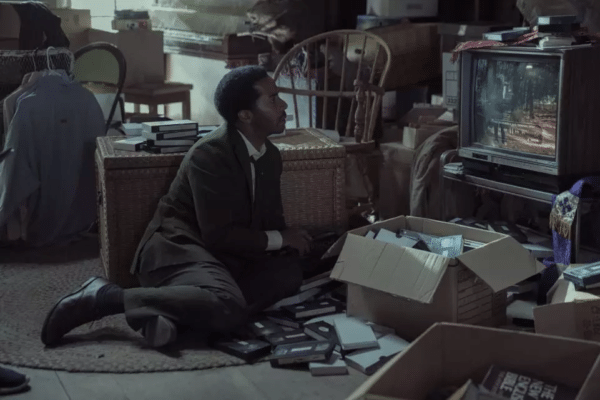 There is something hypnotically engaging about Castle Rock. Beyond the tit bits of terror, porch side confessionals and elegantly crafted structure this series possesses a maturity and quality to which few can lay claim. Omnipotent expressions from eerily self-confidence Shawshank alumni, moments of clarity in the eyes of dementia sufferers, or imparted wisdom told through interpreted sign language and old video tape. These platforms of narrative progression are ingenious, simplistic and communicated without any sense of craft coming through.

Andre Holland, Bill Skarsgard and Melanie Lynskey help weave a web of ever deepening intrigue and mystery, dropping breadcrumbs for the keen eyed constant reader, while Glenn and Spacek back it up with gravitas. An overarching dimensional undertone is now coming into play which throws the doors of possibility wider still, as past and present begin to overlap. Those we considered benevolent within this dramatic horror are beginning to show their true colours. Estrangements, reconciliations and new friendships spawn from unexpected yet naturalistic places within the structure which seem so obvious they go unnoticed. Solutions sought with the best of intentions only cause further trauma and add to Castle Rock’s reputation for unexplained carnage. 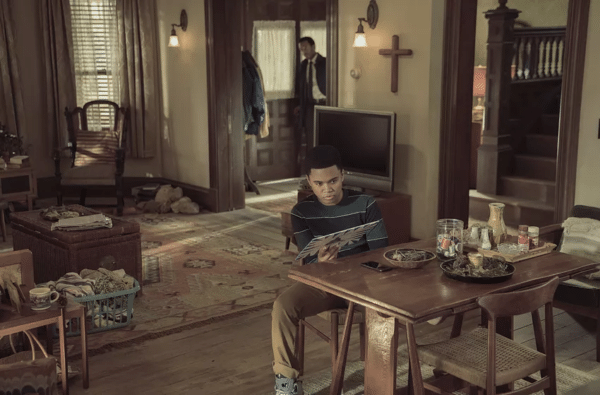 Men of God bound in bandages, words of God only audible in total isolation combine with repressed memory, repressed emotion and an unplanned home coming. Newcomers arrive in the form of Wendell Deaver played by Chosen Jacobs. Truculent, dismissive and distant from an absentee father, his relationship with Henry is carefully crafted through moments. In selective scenes opposite Spacek, Jacobs shines while the actress herself is generous enough to underplay in glances the onset of psychological episodes. It is the introduction of both Wendell and two others in latter moments which raise the bar still further in my opinion. In the last fifteen hours word has come through that Castle Rock has been renewed for a second season, having had one of the strongest openings ever in terms of ratings. Similar in invention to Amazon Prime’s American Gods if only through its translation of source material, this executive produced J.J. Abrams serial deserves to run and run.