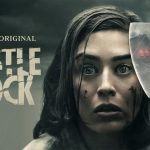 Last month, it was announced that Hulu had cancelled psychological horror anthology series Castle Rock, a series that is based on the works of Stephen King including lore, characters, and locations, after two seasons. Now, in an interview with The New York Times, Stephen King stated that he would have liked to have seen the […]

After two seasons, Hulu has cancelled psychological horror anthology series Castle Rock, a series that is based on the works of Stephen King including lore, characters, and locations. According to Deadline, “there were no expectations for a third instalment, and the decision to end the series after two seasons was made awhile ago. Once one of […] 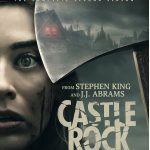 Warner Bros. Home Entertainment has announced the Blu-ray and DVD release of the Stephen King-inspired horror anthology series Castle Rock season 2, which hits shelves on July 21st and is available to pre-order now via Amazon US or Amazon UK. Check out the details here… SEE ALSO: Read our review of Castle Rock season 2 […] 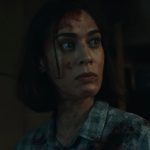 Martin Carr reviews season 2 of Castle Rock… For anyone who read my reviews on Castle Rock last year I thank you, for everyone else where were you? Imagine a world where Stephen King characters co-existed, intertwined and every single kink was there to draw drama from. Season one introduced us to that drawing together […] 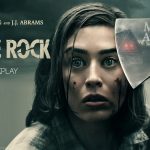 With its second season set to premiere on STARZPLAY in the UK this week, Flickering Myth’s Martin Carr got the chance to sit down with Castle Rock stars Tim Robbins and Lizzy Caplan to discuss their roles in the Stephen King series; check out the exclusive interview in the video below… In this second installment, […] 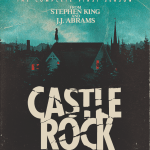 Castle Rock co-creator Dustin Thomason discusses why season 2 is even more ensconced in the world of Stephen King. Castle Rock season two is now with us and this time the story has more obvious connections to the characters and stories of Stephen King, unlike season one which was more tangentially connected. With season two […]

With a little over three weeks to go until Castle Rock returns for its third season, Hulu has released a new trailer for the Stephen King-inspired horror anthology series which gives us another look at Lizzie Caplan as Misery’s psychopathic nurse Annie Wilkes; watch it here… A psychological-horror series set in the Stephen King multiverse, […]

Hulu has released the first trailer for the second season of the Stephen King-inspired horror anthology series Castle Rock which gives us our first look at Lizzie Caplan as a younger version of Annie Wilkes from King’s classic novel Misery, as well as teasing the origin story of the psychopathic nurse; watch it here… A […] 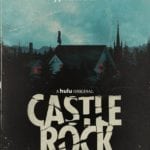 Samuel Brace on Castle Rock… Castle Rock, the new horror anthology series from Hulu, finished up its debut season back in September, bringing to an end the tale of Henry Deaver and his hometown nightmare. All in all, I think it’s fair to say that Castle Rock was a success. It wasn’t perfect, by no […]