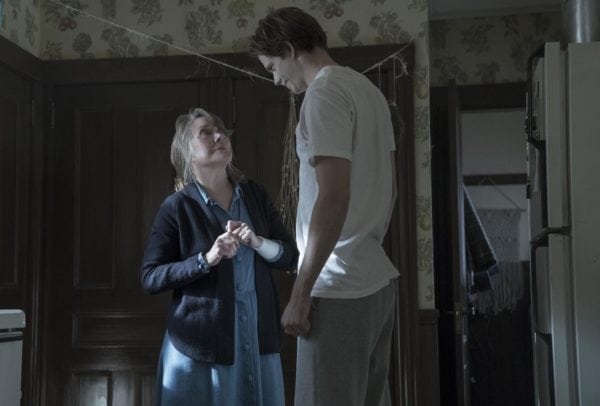 Mental disintegration has rarely been tackled on screen with such elegance, restraint and consideration as it is in Castle Rock this week. Sissy Spacek holds court with poise, precision and an understated frailty which grounds some of the more fantastical elements. Structurally speaking ‘The Queen’ requires its audience to pay attention as timelines, points of view and numerous scenes run into each other. Holland, Glenn and Spacek fill in the gaps backtracking over old ground, filling in story elements, expanding on character and enriching these individuals through intelligent story telling.

What has become apparent is that Castle Rock has no intention of resting of its laurels. This is a series with an infinite source material, no little patience and meticulous attention to detail. In lesser hands these televisual tricks might have been used for quick wins, easy pay offs or signposted scare tactics, yet these show runners have crafted something with considerable substance. Through the use of FX trickery and audio manipulation we are put through the wringer unable to pinpoint time and place. Viewed through the eyes of Ruth Deaver we are constantly snapped back and forth between past and present, often with one meddling into the other seamlessly. It requires a degree of precision both technically and structurally which few shows dare attempt. That they are able to layer these moments with pathos without making it feel forced is also something worthy of note. 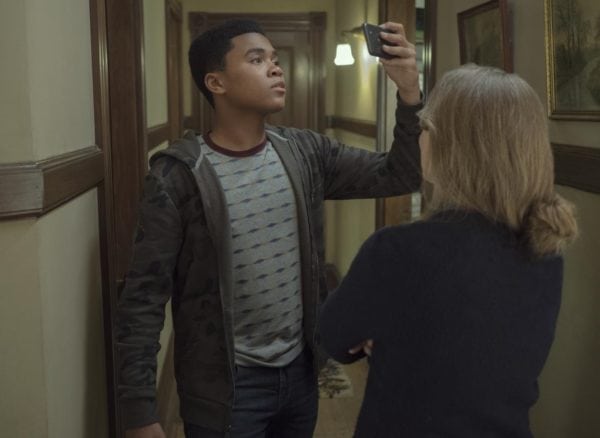 As moments merge one into the other and reality becomes more subjective Ruth, Pangborn, Henry and our mysterious Shawshank prisoner engage in moments of tenderness, savagery and empathy often within the space of moments. There are revelations, time shifts and moments of mild hysteria which boil down to a gentle hum of empathy and resignation. Emotive without feeling forced, riveting without resorting to trickery and mature without having gone the distance Castle Rock has provided yet more epiphanies for its audience to digest. In those final moments before the credits roll you have to decide which side of the line Ruth Deaver occupies. Is she greeting a solicitous lover in the afterlife trapped in a past of loving memories shielded from reality by judicious selection, or has dementia finally claimed the final vestiges of who she used to be. Whatever the answer there are fewer more poetic conclusions to a television episode you are likely to see.