Hot Toys has revealed its Winnie the Pooh and Piglet Movie Masterpiece Series collectible set which is based on the appearance of the cuddly characters in Walt Disney Pictures live-action adventure Christopher Robin; check out the promotional images here… 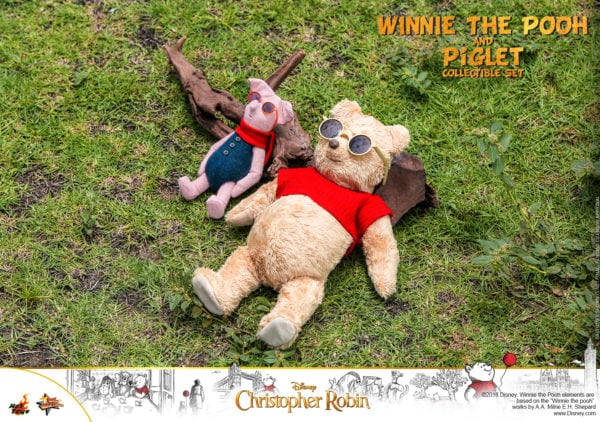 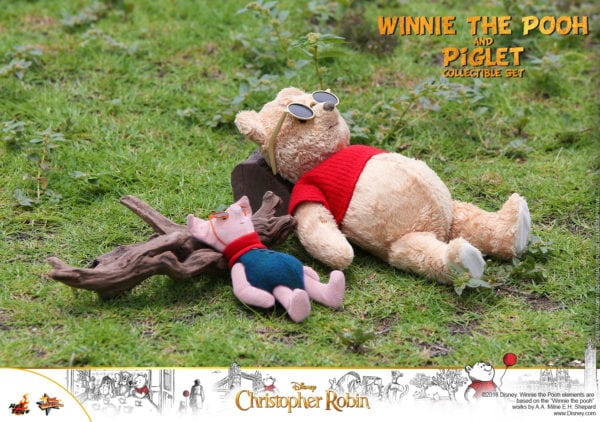 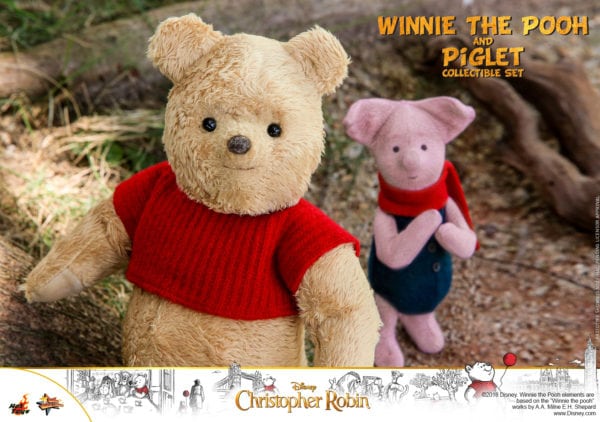 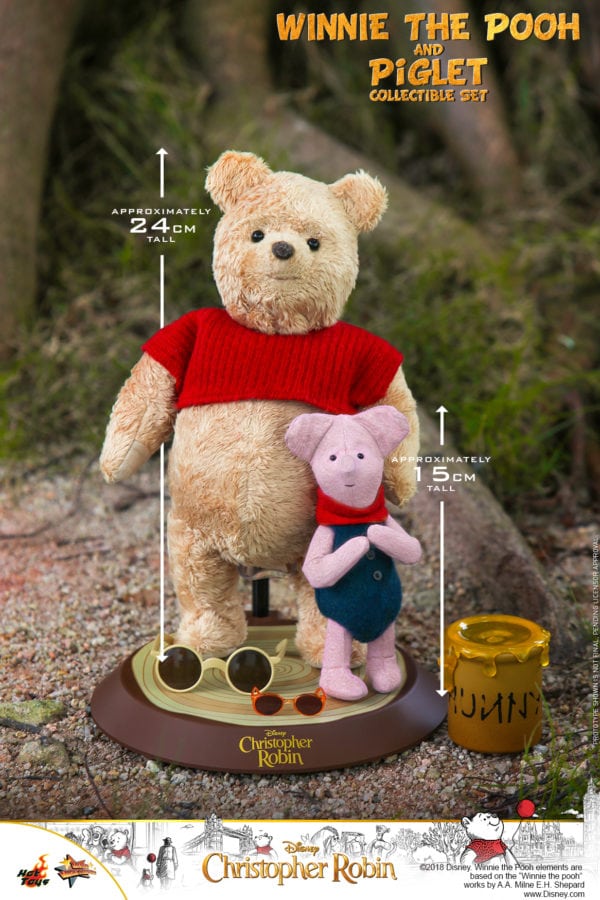 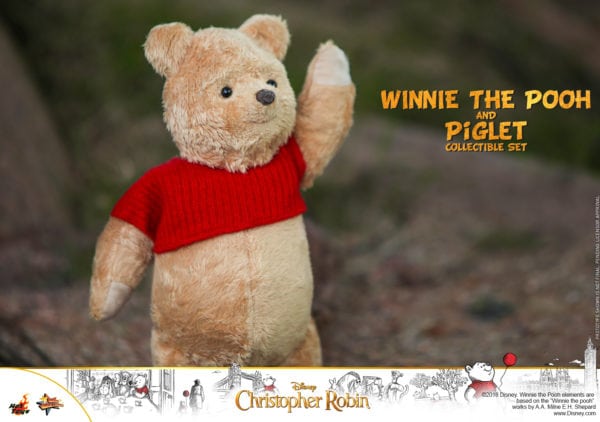 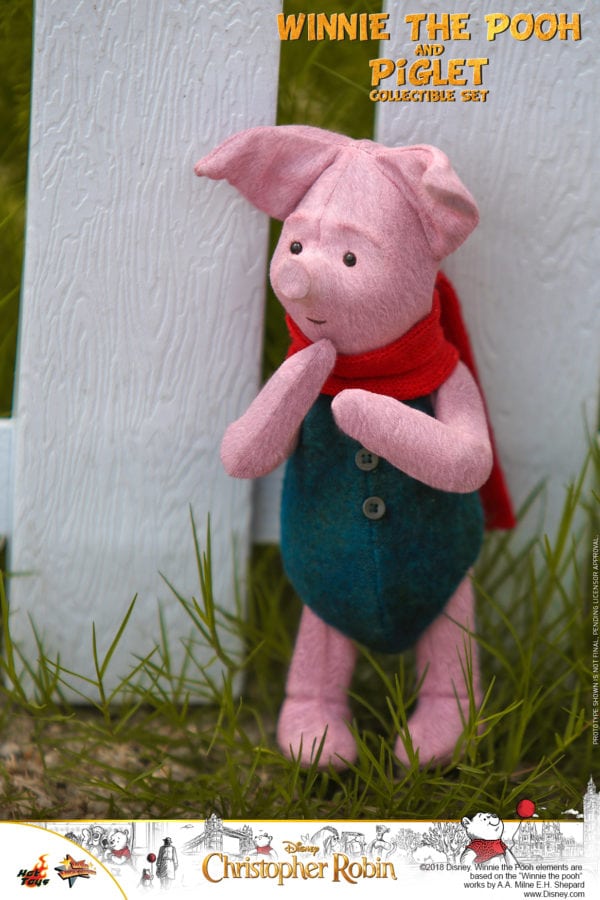 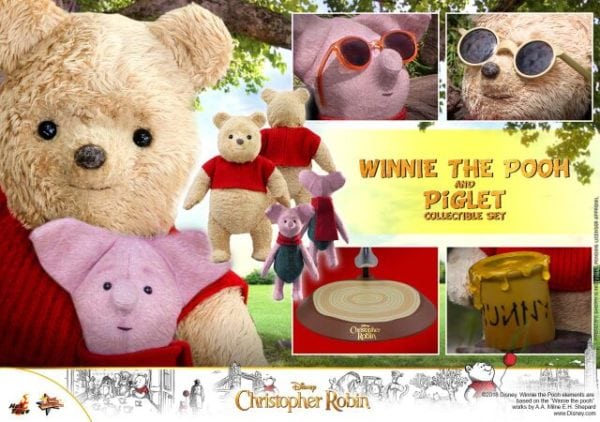 The movie-accurate Pooh collectible figure is sophisticatedly developed based on the appearance of Winnie the pooh features a highly flexible body allowing different posts, an iconic red knitted pullover, a pair of matching sunglasses with yellow frame, not to mention Pooh’s favorite honey jar, as well as a specially designed tree trunk themed figure stand!

Another cast of Christopher Robin’s friends, Piglet collectible figure includes a newly developed body, a greenish blue-colored overall, red scarf and a pair of sunglasses will feature in this beyond adorable set as well. 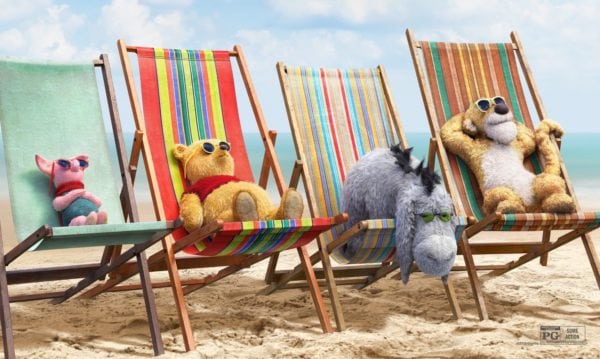