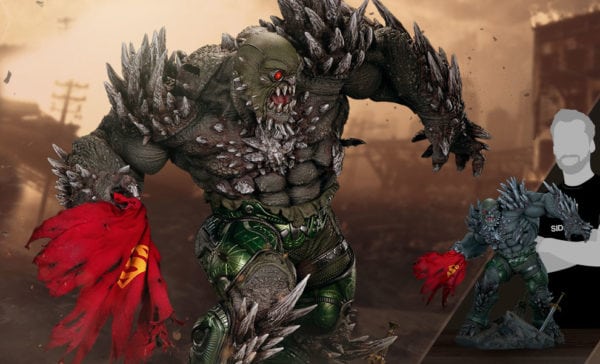 Sideshow has unveiled its polyresin Doomsday Maquette. The limited edition DC Comics collectible, based on the monstrous villain’s appearance in the Death of Superman story arc, stands at impressive 26 inches tall and is available to pre-order now, priced at $1250.00 and is expected to ship between May and July 2019; check out the promotional images here… 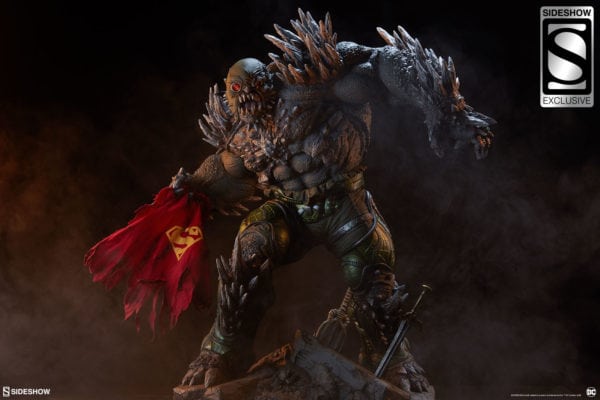 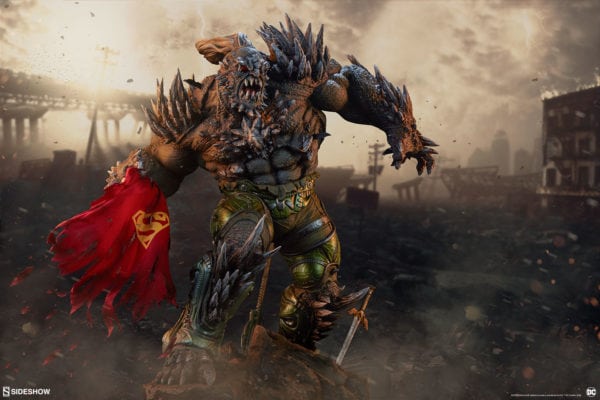 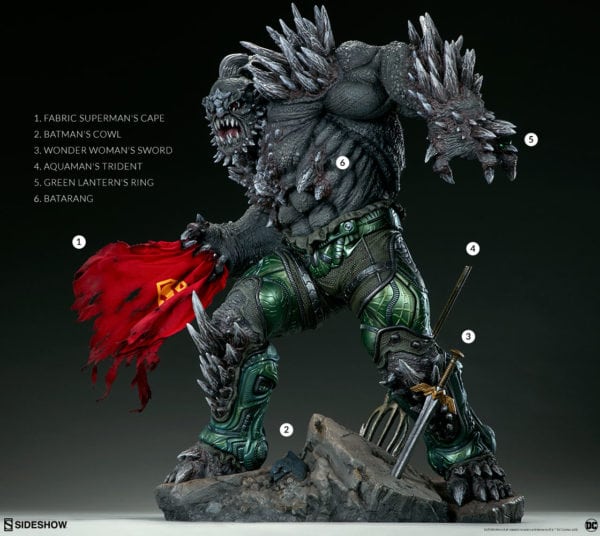 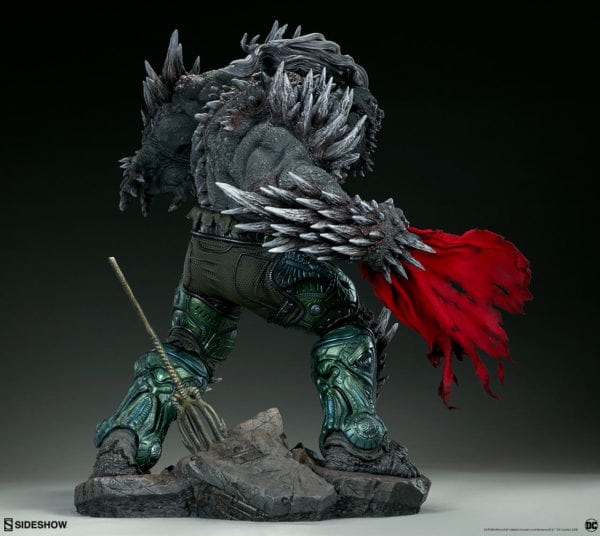 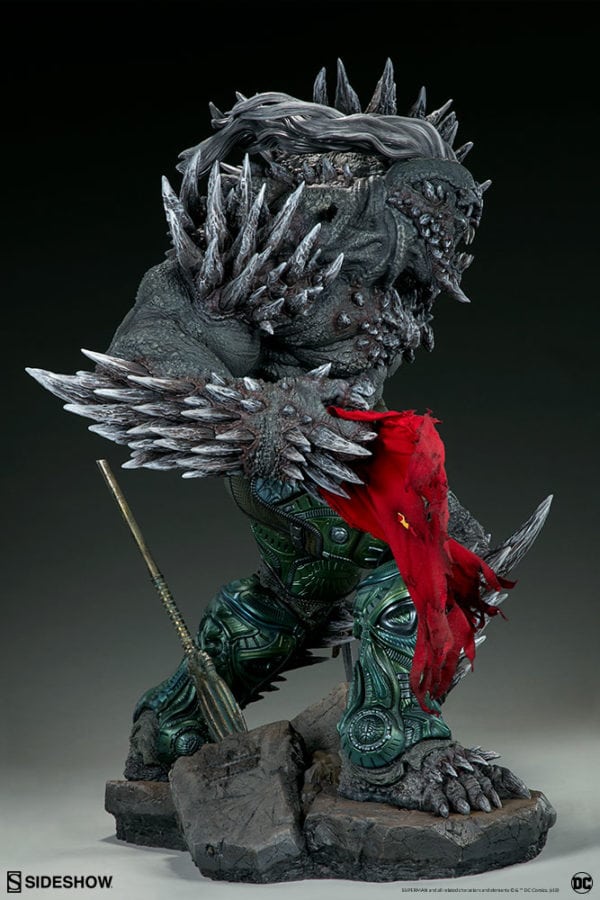 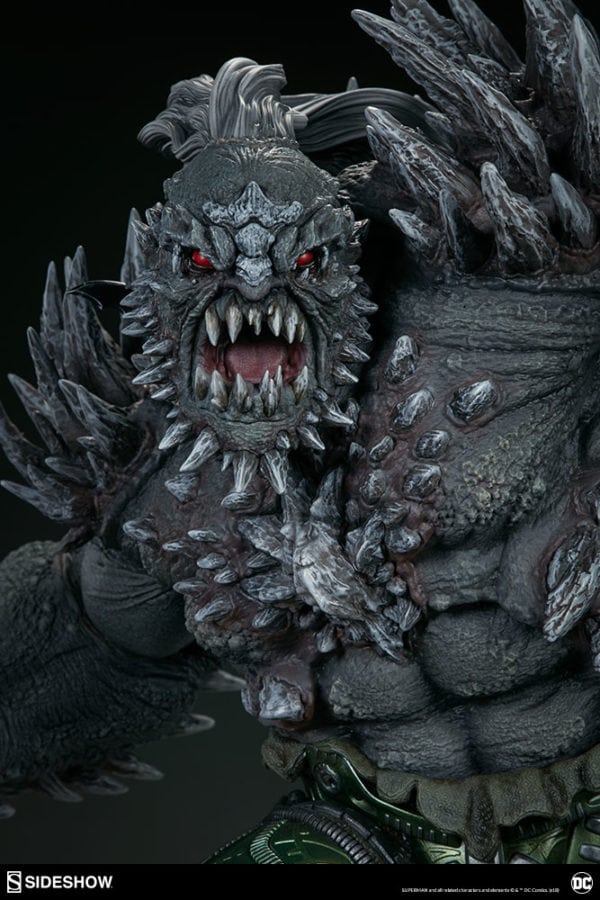 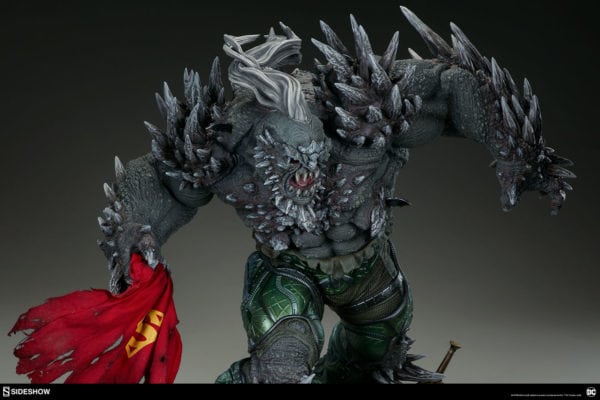 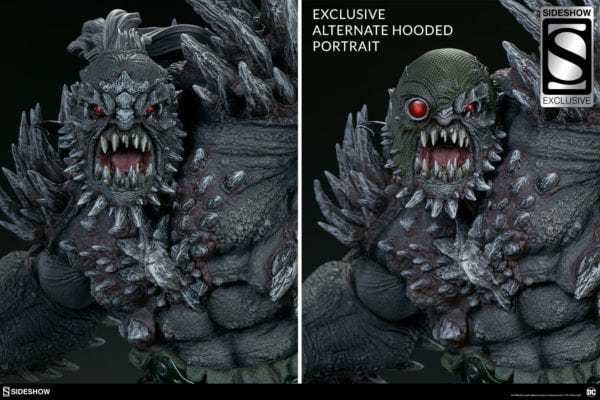 Measuring a monstrous 26.5” tall, the Doomsday Maquette is the ultimate fearsome foe, created from the violence of prehistoric Krypton. Doomsday stands astride a rubble environment base littered with relics from the valiant heroes who have fallen in his wake. Wonder Woman’s sword, Aquaman’s trident, and Batman’s cowl all serve as trophies at Doomsday’s feet while a number of Batarangs are embedded into his chest and shoulders. In his right hand he clutches the fabric tatters of Superman’s cape, which includes internal wiring for posing and can be removed from the figure. On his left hand, the villain has forced an inert Green Lantern ring onto his finger in a brutal display of force.

The polyresin Doomsday Maquette also features intricately sculpted green leg armor, as remnants of the beast’s containment suit cling to his hulking physique. His body is covered in countless jagged spikes and rough textures, giving Doomsday his famous otherworldly appearance. Pair the Doomsday Maquette with heroes like Superman, Batman, and Wonder Woman to stage an epic showdown in your lineup of DC collectibles.

The Exclusive edition of the Doomsday Maquette includes a swap-out hooded portrait, inspired by his debut in the Superman comics. The sculpted green hood is detailed with complex textures and a red eye lens, as Doomsday tears through the containment mask to unleash his full power.